Let’s face it. Growing up isn’t easy even in the best of circumstances. And whose circumstances are ever truly ideal? Maturing under the intense pressures of the world around us is challenging enough. But what if the things that fill us with dread and fear when we’re young become the stuff of real-life nightmares? What if we harbor guilty secrets that follow us into adulthood?

The books that spoke to me during my own fraught, complicated journey of adolescence were always tales of mysteries and psychological suspense (I still love this genre). Stories about kids like me, or somewhat like me, maturing under extraordinary conditions really resonated. I would read far into the night, racing through the pages to find out what they were going to do to stop the terror and vanquish the evil. How the ordeals they experienced made them approach the world as they matured. With fear? Distrust? Or renewed courage and confidence because they’d seen and maybe even slain the monster lurking in the closet or under the bed?

When I was writing my debut thriller, Saving Grace, which straddles two periods in a woman’s life, both of which are marked by terrible crimes, I found myself returning to some of my favorite coming of age novels and thrillers for inspiration. Some I’d read as a kid; a few as an adult. The latter offers an interesting perspective because the frightened children we once were still live inside us. Here are eight novels and one play where characters confront the darker side of growing up.

Bullying is at the center of The Blackhouse, the first book in Peter May’s Lewis Trilogy, that shifts between time periods and employs first and third person points of view in a story featuring Detective Sergeant Finlay Macleod of the Edinburgh police. Orphaned young, Fin was a lonely boy terrorized by schoolyard bullies. He “felt like a ghost haunting his own past” when a murder investigation brings him home to the island in the Outer Hebrides he’d hoped to leave behind forever—and unfinished business in a primitive male rite of passage.

In Harper Lee’s To Kill a Mockingbird, the grown up Jean Louise “Scout” Finch looks back on her life as a young girl living in Alabama in the 1930s. Scout is almost six when the novel opens, and nearly nine by the end. The action doesn’t alternate between Scout’s childhood and adulthood; and she reveals little about the woman she has become. That isn’t the point of her story. She’s trying to put the seminal events that shaped her as a child into perspective. Viewing these events from the distance of years enables her to see the past more objectively. By examining the elusive concepts of justice and equality through the prism of experience and knowledge, she hopes to better understand the far-reaching impact of a rape, a trial, and a murder in a rabidly racist southern town three decades before the civil rights movement.

In Delia Owens’s Where the Crawdads Sing, on its way to becoming this decade’s classic, Kya Clark is abandoned by her parents as a child and forced to survive in the marshes of North Carolina. The novel follows two time lines—one depicting Kya’s coming of age and the other following the search for a killer—that gradually intersect. Kya’s journey is marked by bullying, discrimination, abuse, and violence which, in turn, determine the choices she makes as a young adult. A lush, lyrical novel about secrets and the guilt we carry, Crawdads is also a tale of innocence lost and the consequences of our actions as we eternally search for redemption.

What if you were part of a group of kids haunted by evil that was never destroyed? What if that evil, dormant for decades, returns? Stephen King’s It is a shape-shifting monster that feeds on the fears of children and lures them to their death, often by taking on the persona of a circus clown. The seven friends, who twenty-seven years earlier dubbed themselves “The Losers Club,” are now adults with an arsenal of weapons at their command they didn’t have when they were young. Their brains are more developed and they may be more emotionally mature, but at heart they’re still the scared, brave kids banding together against the Boogeyman. This is their call to action, the chance to make one last stand as they vow to slay the monster—even at the risk of their survival—who stole their childhood.

Even more unimaginable, what if the protagonist had her life cut brutally, tragically short? The heroine of Alice Sebold’s novel, The Lovely Bones, never gets the chance to become a woman. Raped and murdered when she’s fourteen, Susie Salmon narrates the story as a ghost watching over her loved ones as they struggle in the aftermath of her death. For Susie, coming of age means coming to terms with what happened to her as her family and friends eventually move on with their lives and Susie is at last able to complete her spiritual journey and find peace.

Then there are the girls who desperately crave validation and will do anything to be accepted and loved.

The Girls in Emma Cline’s eponymous novel set in Northern California in the late 1960s are a group of teenagers whose free-spirited, rebellious ways attract Evie Boyd, the book’s heroine. The fracturing of her family unit after her parents divorced has left Evie feeling isolated and adrift, desperate to belong to something  bigger than herself. Enthralled by one of the teenagers—the older Suzanne—Evie starts spending time at a rundown ranch inhabited by the members of a Manson-like cult. As her obsession with Suzanne grows, Evie is drawn deeper into the cult’s dangerous orbit and closer to its charismatic leader. Two decades later, she’s a guilt-ridden, emotionally damaged middle-aged woman looking back on that time when everything changed, where one decision set the course for the rest of her life, and the night of unimaginable violence that will haunt her until she dies.

Set against the backdrop of a conservative community unsettled by rumors of Satanic worship, Robin Wasserman’s novel Girls on Fire explores the toxic relationship between two teenage girls. High school junior Hannah Dexter is an impressionable loner who feels invisible. She’s befriended by Lacey Champlain, a Kurt Cobain worshiper and the ultimate bad girl. Lacey seduces Hannah away from her safe existence and they bond in their mutual hatred of another girl, whose boyfriend committed suicide. This revelatory novel about secrets, obsession, female friendship, and an horrific crime that entwines two girls’ lives forever depicts the limits of loyalty and how far one girl will go to be seen.

Megan Abbott’s novel Dare Me, set in the world of high school cheerleading, explores how devious, ruthless, and vicious girls can be when they’re training and competing against each other. Addy Hanlon has always been Beth Cassidy’s BFF and loyal lieutenant…until the team’s new coach, Colette French, comes between them. A chilling examination of the dark side of the teenage psyche, this is an unforgettable story about rivalry, ambition, the battle for power, and growing up.

Nowhere are the insecurities, wildly churning emotions, and unfulfilled desires of young girls more on display than in Arthur Miller’s The Crucible. Written as an allegory for the witch hunts of the McCarthy era, it is the girls at the heart of the 1953 drama, set in 1692 Salem, who steer the dramatic action that culminates in tragedy. The ringleader is Abigail Williams, orphaned after the brutal death of her parents and adopted by her reverend uncle. Abigail’s obsession with the older, married John Proctor, with whom she had a fleeting secret affair, drives her to destroy his good name after he rejects her advances to rekindle the relationship. Consumed by revenge, she whips the other girls into a frenzy by preying on the town’s fears and superstitions. The Crucible can also be viewed as a cautionary tale about what happens when girls on the cusp of womanhood must conform to the mores of a faith-driven, female-oppressed society.

Whether she’s a girl who dies before her time, teenagers desperate to belong, girls who are seething cauldrons of raging hormones, or old friends uniting for a common goal…whether they’re coming of age or coming full circle…what all these characters share in common is the decisions they make or are forced to make when they’re young that impact the adults they become. Sometimes the past trauma was so great they don’t recall the events clearly. Or misremember in order to shield their minds against something too terrible to accept—truth filtered through the distorted lens of false memory as they create revisionist histories that they can live with.

Which makes them the ultimate unreliable narrators. 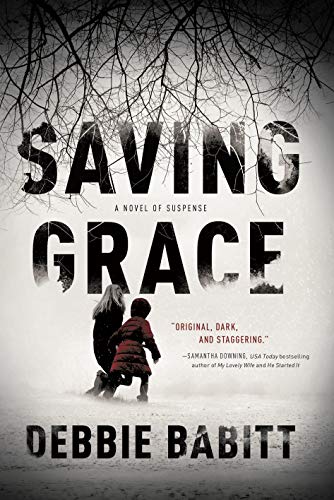 Debbie Babitt left her career as the Copy Chief for a major publishing company to focus on writing fiction. A former actress, playwright, and drama critic, she now divides her time between Manhattan and Florida. Saving Grace is her first novel. 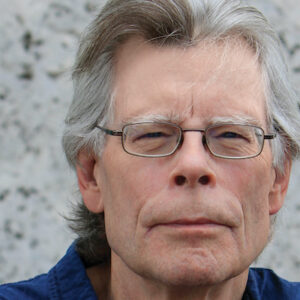