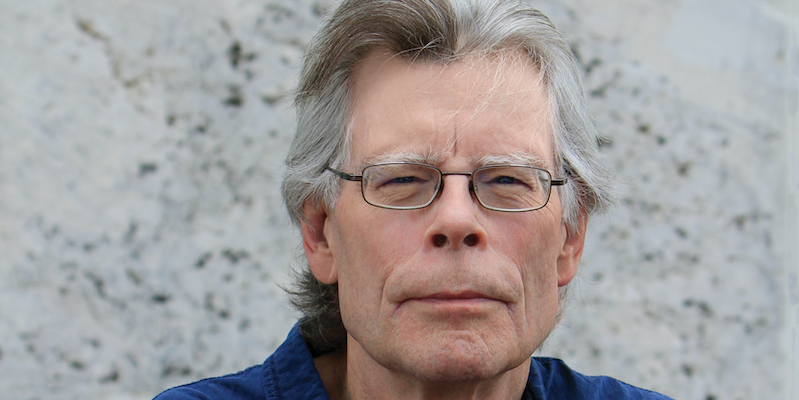 Stephen King, the master of horror, is also a big crime reader… 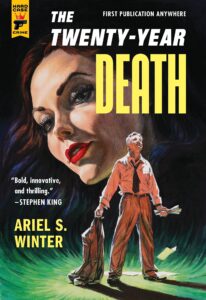 First-novelist Winter stunned readers with his mammoth 180,000-word debut, The Twenty-Year Death, which tells the story of a disintegrating marriage as told, successively, in the manner of Georges Simenon, Raymond Chandler, and Jim Thompson. Stephen King called it “bold, innovative, and thrilling,” writing “The Twenty-Year Death crackles with suspense and will keep you up late.” 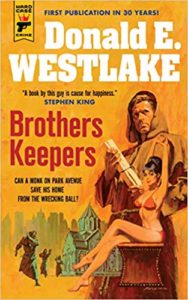 “A book by this guy is a cause for happiness,” King wrote about the man who, under the pseudonym “Richard Stark,” wrote the dark-as-dark-gets Parker novels and inspired the name of the murderous pseudonym-come-to-life “George Stark” in King’s book THE DARK HALF. Under his real name, Westlake wrote some of the funniest comedies in the crime genre. Hard Case Crime has published both his dark half and his light. 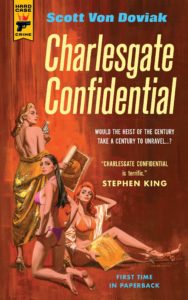 Another first novelist who pulled off a stunning trifecta: Von Doviak’s Charlesgate Confidential tells a braided crime story set in three time periods—1946, 1986 and the present—all centered around a single building in Boston that went from being a hangout for gangsters to a college dorm to a ritzy condominium with secrets in its walls. King wrote, “Charlesgate Confidential is terrific.” 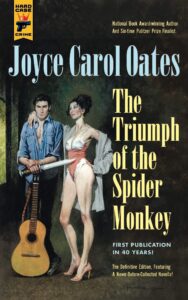 One of the most acclaimed literary authors of the past century, Joyce Carol Oates has a parallel career (under her own name and as “Rosamond Smith”) as an author of crime fiction. Writes King: “Ms. Oates knows exactly what she is doing, and why she is doing it. ’I have more stories to tell,’ she writes in her journals, and ‘more novels.’ I’m glad of that, because I want to read them.” In 2019—the 50th anniversary of Charles Manson’s notorious killing spree—Hard Case Crime brought out the first new edition in decades of Oates’ Manson-inspired novel The Triumph of the Spider Monkey. 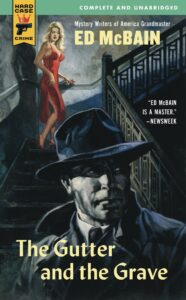 “I think Evan Hunter, known by that name or as Ed McBain, was one of the most influential writers of the postwar generation,” writes King. “He was the first writer to successfully merge realism with genre fiction, and by so doing I think he may actually have created the kind of popular fiction that drove the best-seller lists and lit up the American imagination in the years 1960 to 2000. Books as disparate as The New Centurions, The Friends of Eddie Coyle, The Godfather, Black Sunday, and The Shining all owe a debt to Evan Hunter, who taught a whole generation of baby boomers how to write stories that were not only entertaining but that truthfully reflected the times and the culture. He will be remembered for bringing the so-called ‘police procedural’ into the modern age, but he did so much more than that. And he was one hell of a nice man.” Hard Case Crime has published three McBain titles: The Gutter and the Grave, Cut Me In, and So Nude, So Dead. 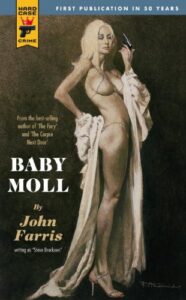 A wunderkind who’d published his first novel by his 20th birthday and his first bestseller by his 23rd, Farris became best known for his supernatural thrillers (in particular The Fury), but began his career writing paperback crime fiction of the Hard Case Crime variety, such as Baby Moll. “When he turns it on,” King wrote, “nobody does it better.” 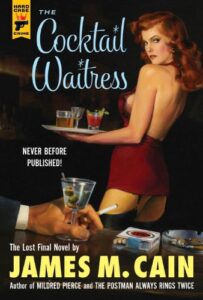 The world-famous author of Double Indemnity, Mildred Pierce, and The Postman Always Rings Twice had written a final novel—The Cocktail Waitress—just before his death, but it took 40 years and a lot of sleuthing by Hard Case Crime before it was discovered and published. On that occasion, King wrote, “Here, long after anyone would have expected it, is the voice of James M. Cain, as fresh and as relevant as ever. The Cocktail Waitress will involve you, and then shock you with an ending you’ll never forget. This is a true rarity: a reader’s novel that’s also a literary event.” 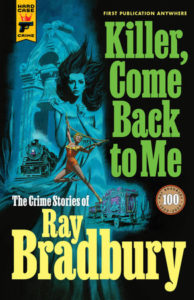 In honor of what would have been his 100th birthday, Hard Case Crime published Killer, Come Back to Me, a brand new collection of the master’s crime fiction—less well known than his trademark fantasy, but just as unforgettable. At the time of his death, King wrote, “Ray Bradbury wrote three great novels and three hundred great stories. One of the latter was called ‘A Sound of Thunder.’ The sound I hear today is the thunder of a giant’s footsteps fading away. But the novels and stories remain, in all their resonance and strange beauty.” 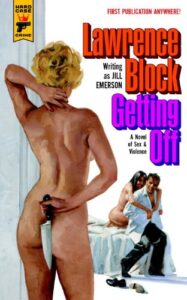 “There is only one writer of mystery and detective fiction who comes close to replacing the irreplaceable John D. MacDonald,” wrote King. “The writer is Lawrence Block.” Block authored Hard Case Crime’s very first book, Grifter’s Game, and years later its first original hardcover novel, Getting Off. Ten other novels and a short story collection round out his contribution to the line and make him one of Hard Case Crime’s most popular authors. “Lawrence Block’s novels combine clarity, simplicity, honesty and vividness to create nearly seamless entertainments. The story seems to simply appear, as a dove seems to simply appear when a good magician opens his hands.” 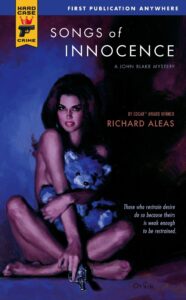 Hard Case Crime founder and editor Charles Ardai is also an award-winning writer, having taken home the Shamus Award for his novel Songs of Innocence and the Edgar Award for Best Short Story for “The Home Front.” “A very smart and very cool fellow,” King has called him, and “a true renaissance man,” and “a master of the short story.” He’s spent more time editing than writing over the past decade, but his Hard Case Crime novels remain a highlight of the line. 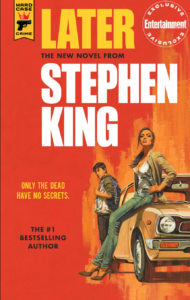 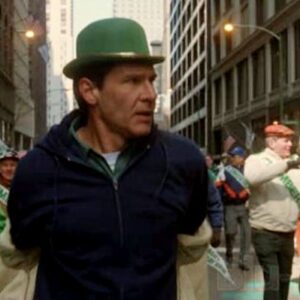 I don't know why the 1993 thriller movie The Fugitive sets one of its most dramatic chase sequences in and around Chicago's...
© LitHub
Back to top