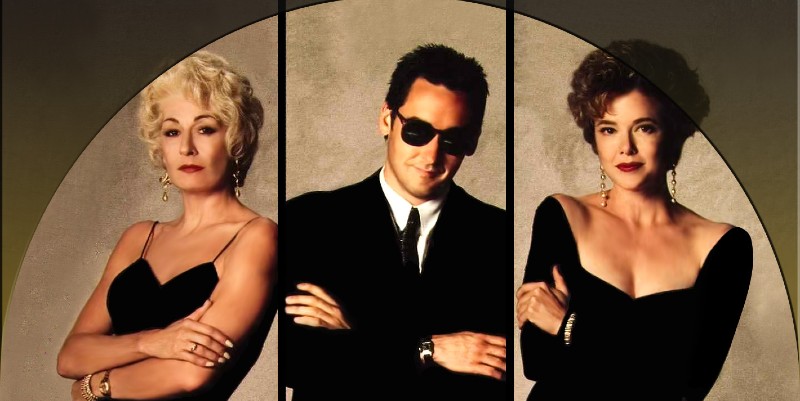 "The con artist has a special gift for knowing what we want and giving it to us, then taking what they were after all along."

The con is not a smash and grab. The con artist doesn’t take by force. The confidence game is a dance. And a good con artist leads you, his or her mark, to simply give them what they want. Most of us think that we could never be conned or scammed, that we’re too smart or too worldly. But the truth is that intelligent people fall for the most common shams with startling frequency. Why? Because the con artist has a special gift for knowing what we want and giving it to us, then taking what they were after all along. They’re charming, persuasive, and have a knack for disappearing when things get hot. In other words, they make excellent subjects for writers. Here are some of my favorite books, films, and documentaries about this special kind of criminal mind: 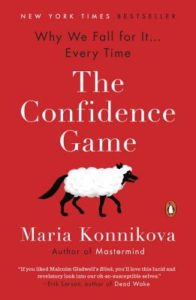 The Confidence Game, by Maria Konnikova

I came across this book when I was researching Confessions on the 7:45. I had been somewhat obsessed with con artists for a while, and the idea that I’d heard somewhere that “you can’t con an honest man.” That sounded a little simplistic, so I was looking for a book that might dive into this particular kind of criminal psychology — and of those who fall prey to it. Konnikova’s book is a deep and propulsive exploration of this topic. With her portraits of famous con artists, her analysis of common scams, and her psychological insights into criminal and victim, Konnikova gives unflinching and compassionate insight into all the layers of her subject. She led me to the conclusion that is the foundation for my new book: You can’t con someone who doesn’t want something. And everybody wants something.

Patricia Highsmith is less well-known than she should be. She was one of the finest, most astute mystery writers in the history of the genre. When we think of her iconic character, we likely think of the 1999 film starring Matt Damon as the diabolical Tom Ripley. But it’s Highsmith’s 1955 novel that really dives into all the layers of this charming, slippery, murderous conman. In her novels about him, five in total, we see Ripley’s charm, his rage, his regret, and his compulsion to again and again slip into other skins. Highsmith also explores a frustrating truth about the con artists: very often they get away with their crimes, only to commit more. And many times they’re never caught at all. 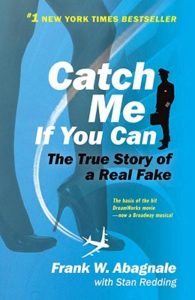 Catch Me If You Can, by Frank Abagnale

The funny thing about grifters is that, often, we find ourselves liking them. If we didn’t, if they were scary or violent or threatening right off the bat, they couldn’t get close to us. They have a way of earning our trust so totally, that even when we’re confronted with the ugly truth, we find it hard to believe. Frank Abagnale is one of the most charismatic and successful cons in criminal history, having scammed millions before the age of 19 by posing as a doctor, a lawyer, and a Pan American airline pilot. When we think of his story, we probably envision the 2002 film starring Leonardo DiCaprio as Abagnale. But it’s Abagnale’s riveting 1980 autobiography that provides all the color and richness of his escapades (including some of questionable veracity). After he was caught and served his sentence, he went to work for the FBI’s bank fraud division, continued on to earn millions as a private bank security expert, and become famous for his crimes. Talk about the long game. 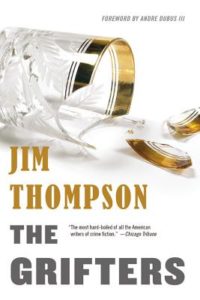 The Grifters, by Jim Thompson

This classic 1963 noir novel about the twisted relationship between a small-time con artist named Roy and his diabolical mother Lilly takes us deep into the dark heart of the con artist. Thompson explores Roy’s deepest desires, layered motivations, and ultimately his terrible downfall. Set in Los Angeles, this gritty, unflinching tale inspired the 1990 film by the same name starring John Cusack and Anjelica Huston. The film is every bit as gut-wrenching and riveting as the novel, and both of them are essential for the crime fiction fan. 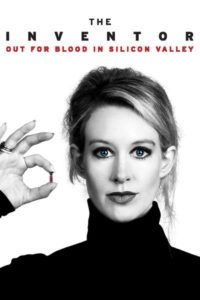 The Inventor: Out for Blood in Silicon Valley (HBO).

This slickly produced documentary about Elizabeth Holmes, founder of the now-defunct health technology company Theranos, takes you right down the rabbit hole of some truly epic deceptions and lies. The most striking thing about this production is Holmes herself. She’s stunning, mesmerizing, charming and absolutely convincing in all her statements—even those that have long since been proven lies. Displaying all the best qualities of a gifted con artist—intelligence, likeability, charisma—it’s easy to see how she could (and did) convince some of the smartest and wealthiest people in the world into supporting her venture. Journalist John Carreyrou broke this story in 2015 and he has also written the definitive book on the topic, Bad Blood: Secrets and Lies in a Silicon Valley Startup.

They’re liars and fraudsters running shams and scams, fooling good and innocent people, and often getting away with it. What are they after? What do they want? And why do even the smartest among us fall prey to their twisted games? There might be more questions than answers on this topic, but these layered, enigmatic tricksters are fascinating to explore. 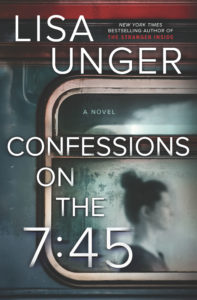 Lisa Unger is the NYT bestselling author of 18 novels. Her books are published in 26 languages, with millions of readers worldwide. In 2019, she received two Edgar Award nominations, an honor held by only a few writers including Agatha Christie. Her work has been voted "Best of the Year" or top picks by Today, People, GMA, EW, Amazon, IndieBound and many others. She has written for the NYT, WSJ, NPR, and Travel+Leisure. She lives in Florida with her family. Her new novel, Confessions on the 7:45, is now available. 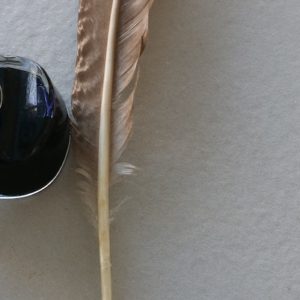 The first time I wrote a mystery, I did so without intending to. It was ten years ago, and I was working on my fourth historical...
© LitHub
Back to top