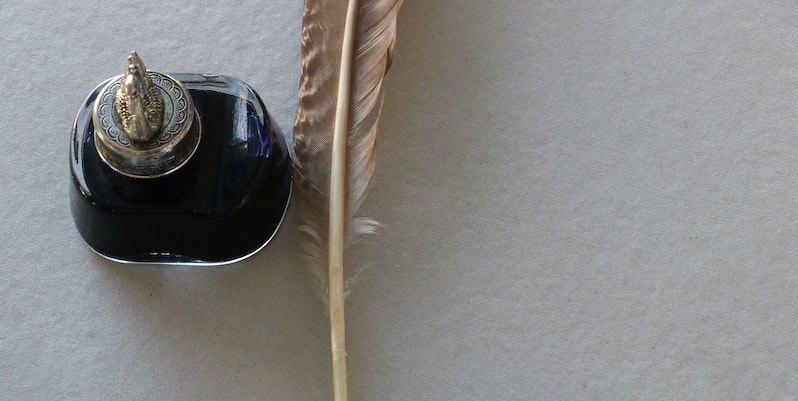 When Sherry Thomas added a little murder to her historical romances, she struck genre-mixing gold.

The first time I wrote a mystery, I did so without intending to. It was ten years ago, and I was working on my fourth historical romance, which featured a small group of crown agents arriving at an otherwise difficult-to-penetrate country house to investigate its owner, who had derived his wealth from South African diamond mines.

In the main, the book was about the owner’s niece and an agent who, for his cover, pretended to be an affable idiot. Their relationship got off to a rocky start: The young lady, desperate to escape the manor and her uncle’s nefarious influence, contrived so that the agent was forced to marry her. That’s plenty to deal with in a romance, isn’t it, a marriage with such a knotty beginning? not to mention she didn’t even know he wasn’t a real idiot! So in the earliest draft, I killed off the uncle as soon as I managed to get our lovers united in holy wedlock.

The uncle, however, was not to be so easily gotten rid of. In each subsequent draft, he lived longer, his shadow looming more and more ominously over the young lovers. In the end, he not only survived long enough to force a grand third-act confrontation, but as he was taken away in handcuffs, casually dropped an explosive revelation that would reverberate well after he was finally dead.

The book remained very much a romance, but one taking place against a backdrop of old crimes being unearthed and coming to light, with its attendant impact on the characters, especially on the young heroine, who must face the fact that she could not escape her past, she could only come to peace with it.

The second time I wrote a mystery, I also didn’t intend to. It was eight years ago, on the middle book of my young adult fantasy trilogy. I had written book 1 as a fairly straightforward “The Chosen One” narrative, always planning on completely overturning the trope in subsequent books. But there I was, writing the reversal and having trouble with it.

After a while, I saw that I had started this installment of my trilogy in the wrong place. I had started too early and put in many events that, while dramatic, were not that important to the story. But if I start at the correct place, I would have only half a book.

So I decided to open book two after its original climax, and have a pair of amnesiac protagonists waking up in the middle of the Sahara. A second, earlier timeline interweaves with the Sahara timeline to gradually reveal what happened to cause our young leads to end up in the Sahara without any memories of who they were or who they got their in the first place.

After I’d finished that book, I realized that without meaning to, I’d written a mystery. In a classic mystery, the central question is “What happened?” In my fantasy, I might not have had a detective going about making inquiries with solving that mystery in mind, but “What happened” was definitely the story question and the entire narrative was built around the careful arrangement of clues so that when readers reached the big reveal, they could look back and realize that it was staring them in the face all along.

The successful incorporation of mystery elements into that fantasy novel was what gave me the confidence to try my hand at outright mysteries. But just as romances and fantasies can have strong mystery elements, mystery, as a genre, is fluid and ample enough to make room for, indeed welcome, aspects of other genres.

At its core, mystery requires only the puzzle. And indeed, a fair bit of early writing in the genre was concerned almost exclusively with devising the cleverest ways to kill someone, so much so that the detective in John Dickson Carr’s The Three Coffins gave an entire lecture on solutions to impossible crimes.

But mysteries have also always been concerned with characters—a natural development, given that murders are by definition committed by people and inevitably the question would arise as to not just how, but why someone did this. What made them who they were? And what happened to motivate them to take the life of another?

Not to mention, from Sherlock Holmes and John Watson on down, the genre has produced memorable detectives, the characters with which the readers often spend the most amount of time. And mystery writers such as Dorothy L. Sayers knew long ago of the potent mix of mystery and romance.

These days mysteries are often as much about relationship among the recurring characters as they are about the puzzles and the crimes. With its genre-mandated focus on a case in each individual book, a mystery series becomes a rather perfect vehicle for a slow-burn romance.

In the latest installment of my Lady Sherlock series, Charlotte Holmes and her friend Lord Ingram, after five books, have finally come to the mutual decision that yes, despite various societal obstacles, and despite various personal reservations, they are together and will try to maintain a romantic relationship in the future.

It’s possible for readers of a mystery series, indeed of stories of any nature, to be bigger fans of a “ship” than of the ostensible focus of the story. I have not been in a hurry to develop my “ship” faster—in fact, I’d wanted to develop the love story even more slowly because I thought it would be boring once our lovers a definitively together.

That might be because I started my career in romance, where the story ends once the romantic obstacles have been overcome. It would be interesting to figure out where to take the relationship next. Should I still observe the sacredness of the “happily-ever-after” required by romance, or should I believe instead, since I am not writing romances but mysteries, that as long as I satisfy the requirements of the mystery genre, I can take this romantic relationship in any direction that best serves dramatic stakes?

I sincerely don’t know. Ask me about my decisions once I have reached book 10 in the series.

Also ask me at book 10 how my overarching story is doing at that point.

Mysteries used to be standalones, even those with recurring detective characters. You can read the adventures of Sherlock Holmes in any order. Same with Poirot’s cases, or the curious happenstances that required Miss Marple’s attention.

But I wouldn’t recommend the same for Louise Penny’s Three Pines/Inspector Gamache series. Those novels should absolutely be read in order as later books would sometimes inadvertently spoil earlier books—and sometimes do so outright. Also, there is an overarching story line about police corruption/abuse of power that took the first ten books to resolve.

Perhaps the books are more connected now because we are used to bigger stories told in installments—see the Marvel Cinematic Universe—each chunk building on what came before. Perhaps it’s simply a natural development of more character-centric mysteries. Characters that show up to each mystery as if nothing has happened to them in the intervening weeks and months are not as real as those whose lives, outlooks, habits, and even temperaments change with the passage of time.

In any case, my dint as a fantasy writer has definitely helped me prepare for bigger stories that will not be resolve in a single book.

Interestingly enough, I am not a plotter. As in, I do not plot well ahead of time. If I’m forced to brainstorm ideas about where a book or a series is going, the ideas I come up with are never those I use in the final version of the story. So I no longer brain storm.

Instead, what I do is to leave room for the story—and the characters—to grow. Leave as much room as possible. How? By not telling the readers anything about characters/situations/storylines that they don’t immediately need to know. For example, in book 4 of the Lady Sherlock series, we learned that a major secondary character is bisexual. I could do that because I’d never said that she was strictly hetero.

It is so interesting to craft puzzles for mysteries. But it is just as interesting to make a mystery series into an organic, breathing entity. To have characters who change and grow, storylines that develop and intersect over time, and dramatic tension that rises from book to book.

Mixing genres is so much fun because it’s all about the creation of better stories. 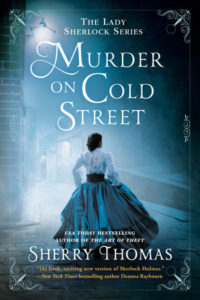 Sherry Thomas writes romance and mysteries. She is the author of the Charlotte Holmes series, which posits that Sherlock was, in fact, a woman. Her third book to feature Charlotte Holmes, The Hollow of Fear, is now out from Berkley Books. 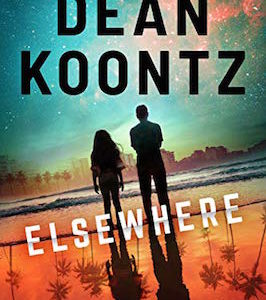 The eerie ululation of coyotes on the hunt issued from the farther end of the canyon, and a scrim of cloud diminished the moon,...
© LitHub
Back to top