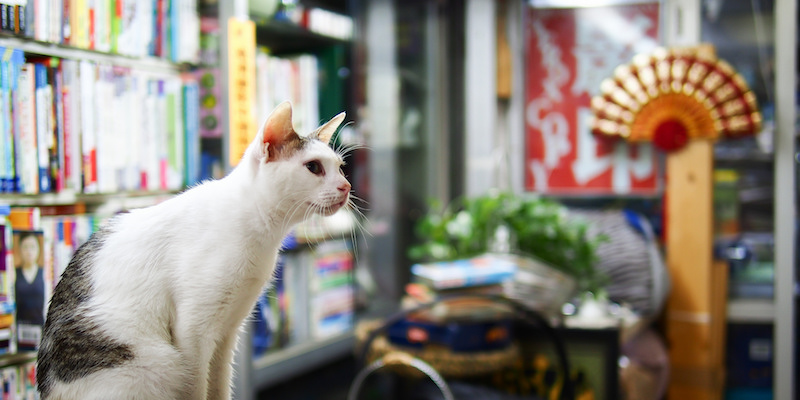 The Coziest Bookstore Mysteries Around

Similar to Samantha Washington, the protagonist in my Mystery Bookshop Mystery Series, my dream is one day to own a mystery bookstore and write cozy mysteries. What could be better for a mystery book lover than to be surrounded by thousands of books full of murder, mischief and mayhem? Thankfully, I’m not alone, if the number of cozy mysteries set in a library or bookstore are an indication. In the midst of a field of themed cozies which include everything from culinary cozies filled with recipes to knitting and quilting cozies, there are also quite a few cozies set in libraries or bookstores for the bibliophiles amongst us. Unlike the hardboiled detective who is often a lone wolf, solving mysteries isn’t a solo endeavor for the amateur sleuth. It requires more than reading a lot of books. Cozy bookstore owners need a sidekick (and often a four-legged companion) to figure out whodunit. Sherlock Holmes had Dr. Watson. Hercule Poirot had Captain Hastings, and Samantha Washington has Nana Jo and her two toy poodles (Snickers and Oreo). Below, I’ve pulled together a list of some of my favorite literary/bookstore favorites along with their crime solving partners, whether human, feline, or in some cases, spectral. 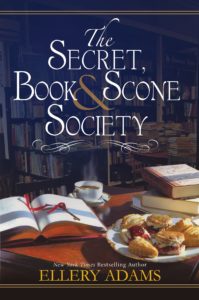 After a horrible accident leaves her scarred and disfigured, former librarian, Nora Pennington, needs a new start. She moves to the town of Miracle Springs, North Carolina and opens a bookstore and channels her vast knowledge of books into her new career as a biblio-therapist. Nora uses her unique gift to help people find their healing through books. When a businessman is murdered before he can keep an appointment with Nora, she starts the Secret, Book, and Scone Society along with a group of hurting women who uncover the truth and find their own healing while helping to solve a murder. 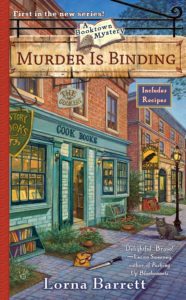 Not only is this series about a mystery bookstore, but the entire town is full of bookstores. What could be better than a quaint New Hampshire town littered with bookstores? When Doris Gleason, owner of a cookbook store is murdered, the locals suspect new arrival, Tricia Miles. it’s up to Tricia, owner of Haven’t Got a Clue Mystery Bookshop, her cat, Miss Marple, and Tricia’s sister, Angelica Preston, to track down the real killer. 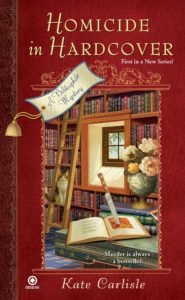 This series is set in San Francisco, California. When rare book expert, Brooklyn Wainright, discovers her friend and former mentor has been murdered, she must decipher the cryptic clues he left and find the real killer. One of the best things about this series are the interesting characters. From Brooklyn’s best friend, Robin to the handsome British security officer, Dereck, to Brooklyn’s parents, hippies, who raised their six children on a commune, the characters definitely make this series interesting. 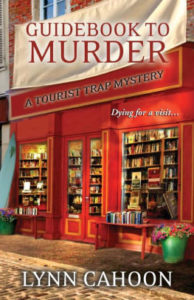 Jill Gardner is a former lawyer who walks away from not only her fast-paced life as a lawyer, but from a bad marriage to embrace a slower pace as the owner of Coffee, Books, and More in the quaint California coastal town of South Cove. When Jill’s elderly friend, Miss Emily, is murdered, she not only inherits her house which needs a lot of repairs, she also inherits a lot of Miss Emily’s problems including a potential murderer, determined to stop Jill from unraveling the truth. Jill isn’t going it alone, thanks to her friend, Amy. She even gets help from unexpected arena in the shape of the handsome, Detective Greg King. 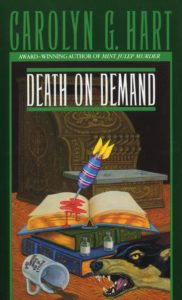 This series takes place on Broward’s Rock Island, South Carolina and features amateur sleuth, Annie Laurance. Annie is the owner of Death on Demand mystery bookstore (what a great name for a mystery bookstore). In the first book which is the same as the series title, Death on Demand, Annie is accused of murdering author, Elliot Morgan during the weekly gathering of famous mystery writers, the Sunday Night Regulars in a classic locked-room mystery. With the help of an old boyfriend, Max Darling, Annie must solve this locked-room mystery and clear her name before the police place her in a locked-room for good. 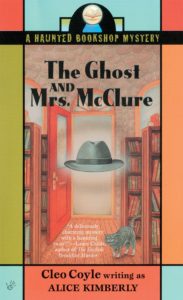 Alice Kimberly is a pseudonym for a husband and wife team who collaborate to write the Haunted Bookshop Mystery series. The pair also write the hilariously funny Coffeehouse Mystery Series under the pseudonym, Cleo Coyle. When a bestselling thriller writer drops dead in the bookstore, Penelope McClure and her Aunt Sadie, get help from their resident ghost to solve the murder.

V. M. Burns is the author of the Mystery Bookshop series, as well as many other works. Her latest book is A Tourist's Guide to Murder, now out from Kensington Books. Burns was born and raised in South Bend, Indiana. She currently resides in Tennessee with her two poodles, Coco and Kenzie. Valerie is a member of Mystery Writers of America and a lifetime member of Sisters in Crime. Readers can visit her website at vmburns.com. 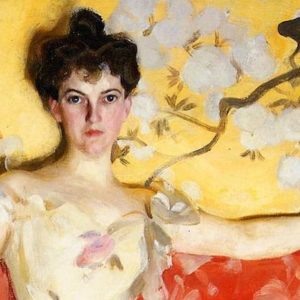 The Gilded Age began in the United States in the 1870s and ended shortly after the turn of the century. Exact dates are a subject...
© LitHub
Back to top