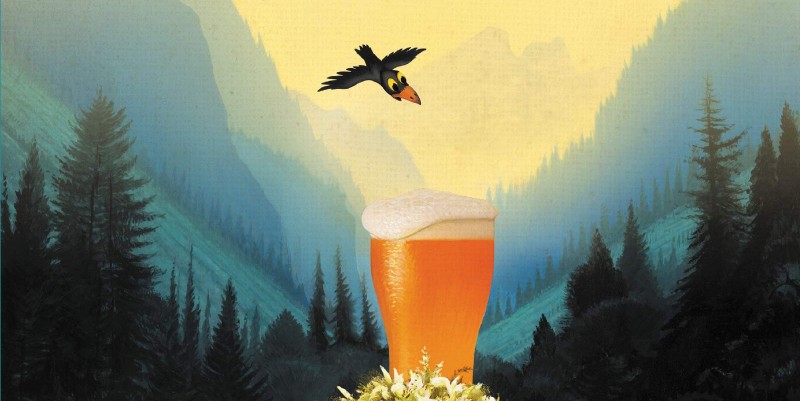 In Oregon and Washington, the forests are dense, the rain is consistent, and the small-town mysteries are full of charm.

The Pacific Northwest is known for its spectacular views and dark and rainy beaches. There are deep green rainforests filled with redwoods and tall trees. With its miles and miles of hiking trails, it’s known for its mountains, the Columbia River Gorge, and Lewis and Clark’s expedition.

I think it’s also the perfect area for writers and mysteries—and that’s the reason why I set my latest cozy series along the Oregon Coast. I had the privilege of living in Oregon for two years and took multiple trips to the coast to enjoy the water, wildlife, and hiking.

In Death Bee Comes Her, the first installment in my new Oregon Honeycomb mysteries, Wren Johnson lives in a fictional coastal town that combines the charms of several of my favorite places to visit. The people there are quirky, smart, and from sturdy pioneer stock, from Wren’s Aunt Eloise, to loggers, surfers, and crab and whale boat operators.

Readers tell me they love the appeal of the large forests, the cool surf with cliffs and volcanic areas. There are many small towns and quirky festivals like the Halloween Town Festival, the Big Foot Festival, ghost festivals, and the McMinnville UFO festival. As far north as it is, the Pacific Northwest doesn’t suffer from the extreme cold or heat that you see in the Midwest, due to the Pacific Ocean’s currents.  You can go skiing and surfing in the same day. You can hike through dense forests, whale watch and go on a boat ride to look for Bigfoot. The Pacific Northwest also has a relatively new in population and therefore still has roots in the old west.

Let’s get a taste of five other cozy mystery series set in the Pacific Northwest that are set in this lush and rugged landscape and embody the spirit of the area. If you like quirky fun with a touch of crazy, you’ll love these novels offering delightful puzzles and a touch of a murder. 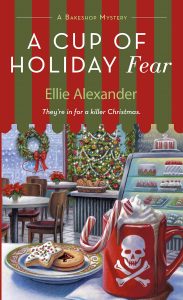 We’ll start with Ellie Alexander’s Bakeshop Mystery series (St. Martin’s Press), set in small-town Oregon. Her latest is titled A Cup of Holiday Fear. This is the tenth book in the series set in Ashland, Oregon—a small town in southwestern Oregon near the California border. The protagonist Jules Capshaw and friends are enjoying the Christmas season and a Charles Dickens feast when the weather becomes frightful and one of the guests turns up dead. 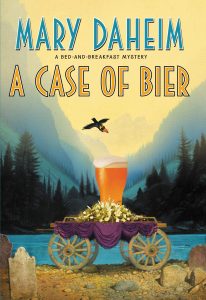 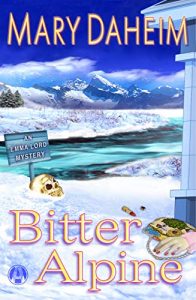 Prefer to stick to the Pacific Northwest? Mary Daheim’s Emma Lord Mysteries take place in the small town of Alpine, Washington, where mountains and murder collide. Book one in this series is Alpha Alpine and book two is out now, titled Bitter Alpine. 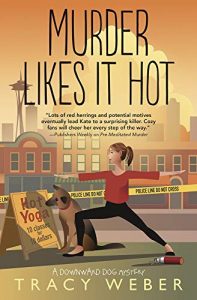 Another favorite Pacific Northwest series of mine is Tracy Weber’s Downward Dog Mysteries (Midnight Ink), set in Seattle. Murder Likes It Hot is the sixth book in this series where amateur sleuth and Yogi Kate Davidson starts a yoga program at a local resource center for homeless youth, and a center employee is found dead. Kate must set aside her financial woes to delve into the world of teenage homelessness. 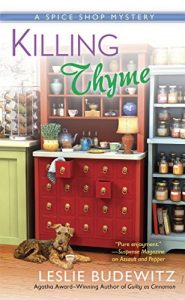 Another great Seattle-based cozy mystery series is Leslie Budewitz’s Seattle Spice Shop Mysteries, set in Seattle’s Pike Place Market. Killing Thyme is the third book in this series published by Penguin Putnam. The protagonist of this series is Pepper Reece, who rediscovers an old friend, Bonnie Clay, who was thought to have disappeared years ago…only to find out Bonnie is murdered a few short days after. Pepper must solve the mystery by rooting out long buried secrets. 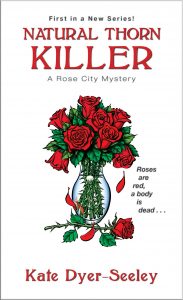 I’ll round out this nod to great cozy mysteries set in the Pacific Northwest with Kate Dyer-Seeley’s wonderful Portland, Oregon-based Rose City Mysteries (Kensington Publishing). The first book in this series is Natural Thorn Killer, where our protagonist Britta Johnson leaves Minnesota to work in her Aunt Elin’s floral boutique on the banks of the Willamette River. When the floral shop and the shops around it are threatened by a sleazy real estate developer, the local business owners meet to figure out how to move forward. The offer for the property is big money, and disagreements ensue. But soon the developer is found on the floor of the boutique with Aunt Elin’s garden shears planted in his chest, and Britta must go on the hunt to find the killer and save her aunt’s floral shop.

Nancy Coco is the acclaimed author of the Candy-Coated Mysteries, the Oregon Honeycomb Mystery series, a number of romantic suspense novels, Western historical romances, and four additional mystery series written under the name Nancy J. Parra. An Air Force veteran who rose to the rank of sergeant, Nancy is a member of an online group of female veterans called RomVets: Military Women Who Have Turned Sword to Pen (RomVets.com). She is also a member of Mystery Writers of America and Sisters in Crime. Nancy lives in Oregon with a Bichonpoo affectionately known as “Little Dog” on Facebook and Twitter.
https://www.nancyjcoco.com/

Counting Down the Greatest Crime Films of All-Time: # 25 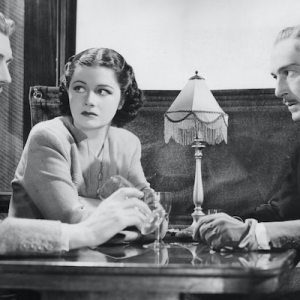 Counting Down the Greatest Crime Films of All-Time: # 25