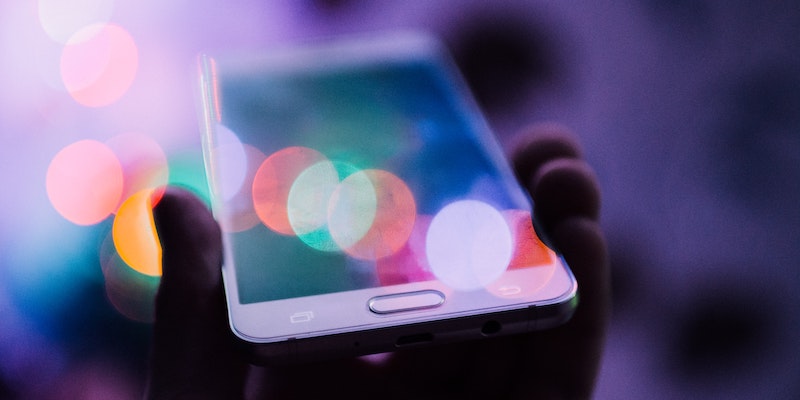 An Icelandic crime writer reflects on the changing nature of bullying, now one of society's greatest ills.

Although Iceland is a wonderful country and a very well-meaning society, it is by no means devoid of all social ills. Like every society, we have our share of problems, and there are plenty of individuals that step outside the borders of ethical behavior and/or the law of the land. Being a Nordic nation, we do our best to address such issues gently—sometimes countermeasures work, sometimes they do not. Unfortunately, the consequences of human behavior combined with modern trends are often extremely complex and not easily fixed with band aids, through discussion, or with regulations.

One such glaring social cancer is bullying. Before I sat down to write The Absolution there had been a media storm regarding such behavior and its consequences. The catalyst for this was the tragic suicide of the youngest person in Iceland to ever consider this act the only option. The boy was eleven, and his life had been made hell because of bullying. He hanged himself in his room.

Both this news and the discussion that followed filled me with great sadness. But the more I read the angrier I became. And as a crime writer, anger is often a good source for ideas. What fills you with anger might just be something that would lead someone a bit more unhinged to kill. I must emphasize that the tradeoff, a young child’s life for an idea for a book, bear no comparison. I would gladly have rubbished the idea if life could rewind and save this child. But as this is not an option, instead I wrote in the hope of drawing more attention to the topic by whittling out a compelling mystery with bullying at its core.

When I was growing up, the Icelandic word for bullying (einelti) did not exist, or, if it did, it was confined to dictionaries and was never used. What we today recognize as bullying was called “teasing” (stríðni) or just “kids being kids”. I am unsure of when the term bullying became a part of our everyday language. As far as I can see, the word first appeared in laws and regulations regarding safety in the workplace just after the turn of the millennium. As legislature takes time to write and approve, I would think it safe to bet that the word came into its own in the late 90s.

While the late 20th century gave us the addition of an appropriate term to the language, and thereby acknowledged the existence of the problem, the birth of social media and other internet platforms aimed at portraying user content helped us understand the full implications. With it, bullying was provided a steroid injection that took away the physical boundaries that had so far limited its spread of venom. Yes, in the past, there was graffiti on the occasional wall, stating that this girl or that boy was a wimp, loser, pervert or some other type of vile name-calling. But in most part bullying was limited to the physical presence of the bully and the bullying victim in the same location. The bully would insult, harass or harm the victim and those in close vicinity would witness the torture. Providing that the bully was not a close family member the victim could count on a safe haven at home or in places where their paths were unlikely to cross. The schoolyard was without a doubt the top spot for such harassment as well as school hallways.

Today bullying knows no such boundaries. Bullies can go about their disgusting business wherever they are, as long as they have an internet connection.

Today bullying knows no such boundaries. Bullies can go about their disgusting business wherever they are, as long as they have an internet connection. They do not need to be in the presence of their victim. Bullies now spew their repulsive poison onto the internet, knowing it will find not only an audience but also its way home. Bullies can hound their victims all the way into their bedroom and no place is safe. The outreach has also multiplied with the aid of the internet, since witnessing the humiliation of a victim does not require actually being there when it happens. The whole world can take part or silently witness.  Few who do make any attempt to stop the harassment or point out how atrocious this behavior is. The biggest deterrent is probably fear of being next, seeing the spearheads pointed in your direction. In all of human history there has never been an excess of heroes. Today is no exception. Heroes are unfortunately few and far between.

Lastly, the internet has completely severed the small amount of empathy that might have held the bully back. There is no longer eye contact between the bully and the victim. Children (and adults) are much more likely to write completely disgusting and horrible things on an impersonal keyboard than they would say face to face to an actual person.

And so, by merging with the limitless opportunities of social interaction via the internet, bullying has found a match made in hell. The pairing is as vile and cruel as it gets.

So what can be done? Nothing?

Of course not. One of the more obvious actions would be for the internet platforms involved to man up and take some responsibility. Put some effort into removing such content and banning the users or the IP numbers associated with such postings. I am sure the most hardened bullies would find a way to get around this but at least it would make their loathsome actions more difficult and exasperating. It would furthermore act as a deterrent to those who choose to show following in the bully’s ugly wake. The urge to be nasty would probably be subdued by administrative details.

Depending on the legal system, another way to tackle bullying is to lawyer-up. Sue the bully for malicious damage. The damage is easily quantifiable – loss of work for the parents that need to go pick up their crying child from school, falling grades that will impact the child’s future opportunities of employment and salary, cost of counselling and any damaged belongings that might have borne the brunt of the violence. Providing proof of the actual bullying actions is also relatively easy if there is cyberbullying involved. Electronic traces are not hard to identify. Truthfully, it will be an uphill battle. But it is sure to get the attention of the bully’s parents that are likely to finally do something to rein in their little monster. Because after all, who bear the final responsibility for their child’s upbringing? The parents.

Lots more could also be done when it comes to focusing on the bully, not the victim. Forget about asking the bullied child to change or become invisible. Nothing a child does, says, looks like, enjoys or believes in, gives other kids the right to attack. Far from it. But the urge to bully does not come from a good place, and the most effective counseling might be that which is given to the bully, not the victim. Bullying is anti-social behavior, and given time, the bully is a hell of a lot more likely to become a dangerous grown up than a kid that acts civilized and kindly. Is that not something that should be nipped in the bud if at all possible?

Another strategy, and the one most relevant to this audience, is childhood reading. Encouraging children to read is known to increase empathy by placing the reader in the shoes of varying characters and into situations that they might never be in otherwise. Reading does this in a manner that other forms of entertainment cannot. The reader enters the thoughts of the characters and experiences, as if in his or her own skin, the consequences of varying actions. You feel for those that are subject to injustice and are thus less likely to cause injustice yourself. Computer games and films are not able to do this. The viewer or gamer is always an onlooker. But the more you read, the more you understand others. The more you understand others, the more you feel for those who face adversity, racism, marginalization or any other form of injustice, big or small . The more you read, better a person you become.

An empathetic child will not bully. Avid readers are not bullies.

But as this is published on a reader site, this does of course mean that I have been typing out my thoughts on bullying for the abyss. You, dear reader, are not a bully—of this I am sure.

When writing The Absolution, seething with anger, I did not have to make up the disgusting comments attributed to the bullies of the book. I picked them up from various Icelandic articles about online bullying in which victims laid bare the abuse they were subject to through social media. When done, I thought about dedicating the book to bullies; to say something akin to: This book is for all bullies out there. Watch out. You are playing with fire mofo. But as I said above, bullies are not readers. They would never see the dedication. So I skipped it. I am still not sure if I regret it or not.

Yrsa Sigurdardottir (pronounced UR-suh SIG-ur-dar-daughter) lives with her family in Reykjavík. She is a director of one of Iceland’s largest engineering firms. Her work is climbing bestseller lists all over the world, and films are currently in production for several of her books. Her latest book, The Absolution, is now available from Minotaur Books.

People v. Gillette: How an Obscure Execution in the Finger Lakes Inspired Generations of Storytellers 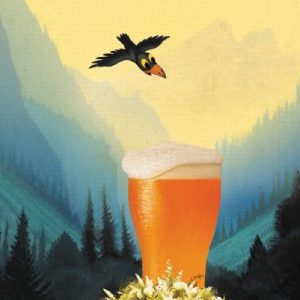 The Pacific Northwest is known for its spectacular views and dark and rainy beaches. There are deep green rainforests filled...
© LitHub
Back to top