The Crime Fiction of Barcelona

Imposters, Secret Libraries, and the Wounds of Civil War

If the country’s crime writing is anything to go by then Spain is haunted by ghosts. These ghosts are what remains of the terrible Civil War between 1936 and 1939 that saw the Spanish Republic defeated by the fascist forces of General Francisco Franco and the establishment of his dictatorship. Franco’s reign continued until his death in 1975. It has left deep and lasting scars that still reverberate through the nation’s literature.

Barcelona, the capital of Catalonia (currently going through its own separatist convulsions) with 1.6 million people, is perhaps the epicenter of this remembrance of the war and the Republic that might have survived but for Franco. It was Barcelona that was the Republican stronghold, the city of the street fighting of the hope-filled “May Days” of 1937 and, when the city finally fell to the fascists in 1939, the scene of a massive exodus of left wing Spaniards to France. The city remained industrial and relatively wealthy, though the Catalan language and culture was viciously suppressed. Internal migrants swept into the city from poverty-stricken Andalusia and Galicia. Barcelona was the center of the peaceful demonstrations for democracy after Franco’s death and the birth of the new Spain.

Tumultuous events like that don’t disappear easily from a city’s consciousness or from its writing. Javier Cercas’s The Imposter (2014) deals with the true story of Spain’s greatest liar, Enric Marco. He claimed to be a veteran of the Civil War, a fighter against fascism, an impassioned campaigner for justice, and a survivor of the Nazi death camps. But was any of it true? Did he ever fight Franco or spend time in a concentration camp? He was famous across the country (and mostly in his home town of Barcelona) until eventually unmasked. Cercas attempts to get deeper under the skin of Marco in this “novel without fiction.” And there is the question of not only how did a man make up such a fantastical past for himself, but why did so many unquestioningly believe him? What does Spain’s wholesale acceptance of Marco say about Spain/Barcelona’s own national narrative and how much of that is historically valid? Cercas has trod such ground previously in 2004’s Soldiers of Salamis which sought to reveal the true story of a fascist-era hero from the days of the civil war, Rafael Sanchez Mazas, who escaped a Republican firing squad. Cercas posits it is the Republican soldier who chose not to execute Sanchez Mazas who may be the true hero. Both Marco’s books are complex investigations of true, but contested, stories

The civil war and its aftermath also features in Barcelona writer Victor del Arbol’s The Sadness of the Samurai (2011), set in a pro-Nazi Spain in 1941 where betrayal and love mingle in the newly fascist state. Forty years later the ghosts of the decisions taken back then, during World War II, will come back to haunt the families involved. Del Arbol’s latest work, the highly-praised A Million Drops, is a 700-page doorstopper of a novel. It starts with the Russian gangs now resident on the Spanish coast and a kidnapping in Barcelona before moving back in time through Spain’s recent history to the anti-fascist resistance during Franco and the Spanish Left’s relationship with the Soviet Union. A Million Drops is truly both of those most overused of clichés, ‘epic’ and a ‘page turner.’ There are several del Arbol novels we don’t yet have in English and hopefully the success and great reviews for A Million Drops will see them get translated now.

Barcelona-born author Carlos Ruiz Zafon’s The Shadow of the Wind (2001) has reportedly sold twenty million copies, with over a million sold in the UK alone. The novel was incredibly popular with international audiences. Wind is essentially a Gothic mystery involving Daniel Sempere and his quest to track down the man responsible for destroying every book ever written by the author Julian Carax. The book features a secret library—the Cemetery of Forgotten Books—and a Gothic-inspired Barcelona. His follow up was actually the prequel to The Shadow of the Wind entitled The Angel’s Game (2008) and set in 1920s and 1930s Barcelona returning to the city’s Bohemian Raval district, home of the Cemetery of Forgotten Books. Again, Angel’s Game is perhaps more gothic mystery than murder mystery but both books offer up a magic realist vision of Barcelona.

It’s hard to know if descriptions such as “a high-end Da Vinci Code” or “an alchemical thriller to rival a Carlos Ruiz Zafon” help or hinder a book’s chances really, but certainly Jessica Cornwell’s debut book (in what was announced as a trilogy), The Serpent Papers, was published in 2015 to much fanfare. This was in part because she is John le Carré’s granddaughter and every newspaper enjoyed mentioning that factoid. The novel moves between Barcelona in 2003 and 2014 with lots of medieval revelations and cryptic codes (hence the high-end Da Vinci Code references). It’s not everyone’s sort of thing, but the descriptions of Barcelona are lavish and detailed, describing the Festival of St Joan, Gaudi’s remarkable cathedral, and a slightly confused-by-it-all Inspector Fabregat of the Barcelona Police and Anna Verco (who is labelled “academic, book thief, savant”). To date the next two books in the trilogy haven’t appeared.

Perhaps a Barcelona less mystical and more contemporary suits you better? Spanish-based British author Jason Webster has won fans with his Chief Inspector Max Cámara of the Spanish National Police series of novels, starting with Or the Bull Kills You (2011) through to the sixth Cámara outing Fatal Sunset (2017). Cámara is based in Valencia though the fifth book in the series, A Body in Barcelona (2015), gives him a trip north up the Spanish coast to the Catalan capital. There are calls for Catalan independence and everyone knows the last time this happened, in the 1930s, civil war ensued. A murdered body from Barcelona’s past dug up in Valencia has the potential to ignite political and nationalist tensions across Catalonia. It really is a very good series—one reviewer noted that Jason Webster does for Spain what Michael Dibdin did for Italy, and that can’t be a wholly bad thing!

Manuel Vázquez Montalbán’s Barcelona-set private eye series featuring Pepe Carvalho are still worth reading. Montalbán sadly died in 2003 and unfortunately not all of the Carvalho novels have been translated into English, but those that have are great. Pepe is fat and cynical (he was in prison for most of the Franco years and then worked for the CIA) and can turn cases down even if not a good five course dinner and bottle of Rioja. The novels all offer slices of Spanish, and in particular Catalan/Barcelona, life and history. Murder in the Central Committee (1981) has Pepe trying to work out who has killed the General-Secretary of the Spanish Communist Party (and suspects abound)! Off Side (1988) deals with the politics of soccer in Barcelona; Southern Seas (1979) with a missing arts philanthropist. Perhaps the best in the series is The Angst-Ridden Executive (1977), which is fantastically cynical about corrupt mega-corporations and venal corporate executives. It also has one of the most downbeat endings of any novel I can think of.

Talking of downbeat endings…If I know anything about Spanish noir writing then it is due to the fantastic Getafe Negro noir-writing crime festival that takes place annually in Getafe, a suburb of Madrid. The festival, which mixes Spanish and international crime writers together, was (and still is) the brainchild of madrileño crime writer Lorenzo Silva. It’s where I met Carlos Zanon one year, and where I picked up a copy of his The Barcelona Brothers (2012), a very gritty noir set in the city’s multi-racial underbelly. A fight in a grungy bar ends in murder and an innocent Pakistani immigrant worker is set up for the crime. Zanon’s Barcelona is not, as they say, the city the tourists ever see, unless they’re very unlucky.

Barcelona is now Europe’s fifth most visited tourist city. After the terrorist attack of August 2017 and then the Catalan nationalism crisis in October 2017 Barcelona continues to be a city of convulsion and tumult. So much Barcelona crime writing has looked back to the 1930s and the Francoist regime. Now perhaps with writers like Carlos Zanon being translated more into English we can see a Barcelona of the twenty first century with all its glories and flaws. 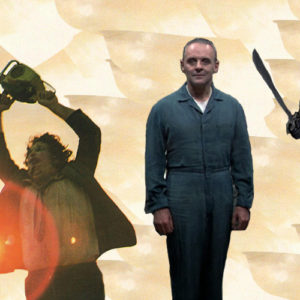 The serial killer is our great modern demon. This figure is a source of recurring fascination in horror, and in popular culture...
© LitHub
Back to top