The Crime Fiction of Kingston, Jamaica

Crime and the City on the Jamaican Capital and Diaspora

Jamaica:  the sun-kissed island of great beaches, reggae, ska, Rude Boys, possibly a little ganja, Red Stripe lager, and the fantastic dish of ackee and saltfish. Also, sadly, an island with a violent colonial history, bloody gang ridden post-independence politics, and, in many areas, extreme poverty. Pretty much all of this can be seen in the county’s most successful movie. Jamaican cinema gave us one of the best ever gangster flicks in The Harder They Come (1972), directed by Perry Henzell, written by Trevor D. Rhone, and starring the ska and reggae singer Jimmy Cliff, who also sang the fantastic theme song. Cliff plays the late 1940s Kingston folk-hero and gangster Ivanhoe “Rhyging” Martin. Filmed in and around Kingston, in Jamaican patois, The Harder They Come brought the look, feel and sound of Kingston to the world. Shortly afterwards the Jamaican writer and academic Ekwueme Michael Thelwell wrote The Harder They Come (1980) as a novel (an inversion of the usual book-to-film adaptation process) delving deeper into the life and legend of Martin, dubbed “the original rude boy”.

We’ve not had many literary imaginings of Kingston; certainly not as many as the city deserves. Yet, Kingston lends itself well to noir. Colin Channer, a Jamaican transplanted to New York, edited the short story collection Kingston Noir (2012, in the ever reliable Akashic Noir series) with contributions from Marlon James (who we’re coming on to), the poet Kei Miller, Marcia Douglas and others.

In 2015 Kingston–born Marlon James won the Booker Prize and universal acclaim for A Brief History of Seven Killings, about the attempted assassination of Jamaica’s most famous son Bob Marley in 1976 and its aftermath. James’s novel in part deals with the politically-motivated gang violence between heavily armed groups associated with the Jamaican Labour Party (JLP) and the People’s National Party (PNP) that rocked Kingston in the 1970s and beyond. At its worst Kingston saw a staggering five hundred murders a year, mostly by gunshot—the city was nicknamed “Killsome.”

That violence spilled over into the wider Jamaican diaspora. Victor Headley’s 1992 novel Yardie (as Jamaican gangsters became known) graphically showed the exporting of that era of violence overseas and within the Jamaican diaspora in Britain. Yardie was a sensation when it came out in England, coinciding with a tabloid newspaper-engendered panic about arriving plane loads of Yardie gangsters, straight out of Kingston, armed to the teeth and a threat to London’s law and order the like of which had never been seen before. Certainly, the political problems in Kingston and changes in the global drug trade did mean a few more gangsters came from the West Indies to England, but unstoppable crime wave it was not.

Headley’s Yardie though proved a phenomenon in the publishing world. Initially published by the then newly established X Press, you could buy the book in London pretty much anywhere except a bookshop—outside nightclubs, at barbershops, over the local newsagents counter (as this then much younger Crime and the City columnist did on North London’s Tottenham High Street). Consequently, the book, which details the rise of a young Jamaican criminal in East London, reached a very different audience to those that normally browse sedate bookshops. Headley expanded Yardie into a trilogy—Exce$$ (1993) and Yush! (1994). In 2018 The Wire and Luther star (and Hackney-born) Idris Elba directed the movie version of Yardie. It got mixed reviews but to this born-and- bred Northeast Londoner of similar vintage as Elba, it felt spot on and redolent of the times.

Pao (2012) by Kerry Young was shortlisted for the Costa First Novel award in the UK. It’s not a crime novel as such but, set in 1938 Kingston, follows a young Chinese immigrant Yang Pao and Zhang, the “godfather” of Kingston’s Chinatown. The book moves on to the political violence of the 1960s and Pao’s rise to become a power in the city’s Chinatown. Young has since published two books that tell the story of other characters from Pao and Kingston’s Chinatown—Gloria (2014) and Show Me a Mountain (2016). Gloria is the story of a young Jamaican girl who moves to Kingston, ends up in a “house of ill repute” and encounters Yang Pao; Show Me a Mountain is the story of Fay Wong, the chosen bride for Pao. All three books are intimate and detailed portraits of Kingston’s Chinatown. Young herself was born in Kingston, to a Chinese-African mother and a Chinese father and then moved to England when she was ten.

A few more Kingston crime novels in a lighter, cozier vein and with the occasional side trip to the beach featured in many…

We should mention that Ian Fleming invariably retired to his Jamaican estate, Goldeneye, perched on a cliff overlooking a private beach to write his later Bond books (such is possible if you combine a wealthy background, the success of Bond and, of course, Chitty Chitty Bang Bang). Jamaica appears in more than one Bond—Live and Let Die (1954), Dr. No (1958) and The Man With the Golden Gun (1965) all feature a little of the island. Fleming wasn’t the only writer to see the attraction of Jamaica.

The amazingly named Mignon Good Eberhart (and that was not a nom-de-plume) published Speak No Evil in 1941. Eberhart, originally from Lincoln, Nebraska, is now largely forgotten, but she was once hailed as “America’s Agatha Christie,” writing sixty novels between the late 1920s and late 1980s and finished her last book when she was 89. Speak No Evil was the first of two novels by Eberhart to be set in Jamaica, the other being Enemy in the House (1962) which is split between South Carolina and Jamaica during the American War of Independence. Speak No Evil was written while Eberhart and her husband were vacationing in Montego Bay in 1939. It concerns a husband and wife holidaying on Jamaica; the husband is murdered; the wife suspected; it transpires the husband was a violent alcoholic. Just what Eberhart’s husband thought of her concocting this story of a dead husband and possible wifely killer while on their holidays is not recorded! Still, the book is heavy on Jamaican atmosphere.

And so, as my final recommendation: the very hard to find Jeanne Wilson. Like Mignon Good Eberhart, Jeanne Wilson is almost totally forgotten today. Yet, in the 1960s, this London author who had worked as a drama teacher in a Kingston school wrote a number of best selling and quite well-regarded mystery novels set in Kingston and around the island: No Medicine for Murder (1967), Model for Murder (1968), and Take Time for Murder (1969). Simon Gikandi, a professor of English Literature at Princeton observes in The Novel in Africa and the Caribbean Since 1950 that Wilson’s 1960s detective novels “dramatized the difficulties of detection and crime prevention in a post-colonial [world] where power is still underwritten by old hierarchies and the police are regarded as representatives of ‘Babylon’ by the oppressed.” Wilson’s novels may not be the best mysteries ever written but they do shine a light on a nation, recently de-colonized, and explain the tensions and legacies that led to so much of the violence and trouble that was to come later and drive the Kingston of The Harder They Come, Yardie, and of A Brief History of Seven Killings. 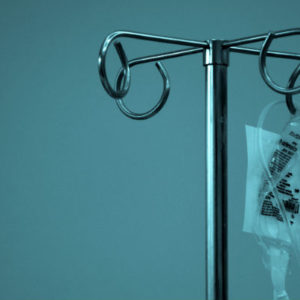 “Where do you get your ideas?” If you have ever been to a book talk, you may have heard this question—I think it's...
© LitHub
Back to top