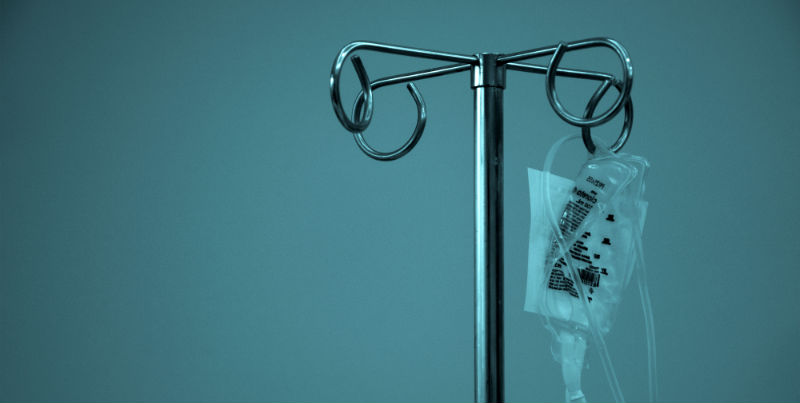 “Where do you get your ideas?”

If you have ever been to a book talk, you may have heard this question—I think it’s the most common question authors are asked.

Most ideas simply come from the author’s imagination, but fiction often has grounding in real-life events. There’s a big difference, of course, between a creative work that’s based on a true story and portrays real-life characters, and a novel that has been inspired by a true story. In fact, CrimeReads published a terrific essay by the wildly entertaining writer, Sarah Pinborough, listing ten great novels inspired by true crime.

My new novel, Saving Meghan, could have been on such a list, but it’s not clear if a crime had been committed in the real-life story that served as inspiration. I should explain. In 2013 a young teen named Justina Pelletier, who had been ill on and off for several years, was admitted to Boston Children’s Hospital so that her long-term doctor, a gastroenterologist who had recently transferred to Boston, could see her. But after numerous consultations and conflicting diagnoses, a decision was reached that Justina’s problem was psychiatric.

Justina’s saga, which stretched on for nearly two years, became something of a media feeding-frenzy in Boston after the Department of Children and Families (DCF) stepped in and well—let’s just say they made some controversial choices regarding Justina’s care. DCF, with the backing of doctors at Children’s Hospital determined that the root cause of Justina’s psychosomatic symptoms were her parents, and subsequently brought medical child abuse charges against them. The metabolic geneticist from Tufts Medical Center, who had suggested Justina seek a GI doctor’s care for her new symptoms, continued to support his original mito diagnosis. However, a juvenile court judge sided with Boston Children’s medical child abuse allegations. The legal motions filed against the parents turned Justina from a patient into a ward of the state. As a consequence, she spent much of the next 16 months locked up in the psychiatric ward at Boston Children’s Hospital, while her parents fought DCF in court to try and regain custody of their daughter.

It’s not uncommon for the parents of children who suffer from a hard to diagnose disease to become strong advocates for their healthcare, pushing for specialist consults and sophisticated, often expensive tests. In some instances, doctors may misinterpret these efforts as a bid for attention and label the condition Munchausen syndrome by proxy.

Munchausen syndrome by proxy, or MSBP for short, is a mental disorder in which a parent abuses a child by creating or falsifying medical symptoms, or by seeking unnecessary medical care for the child, in order to gain attention and sympathy. The etymology of the name is a nod to Baron Munchausen, a literary character from the 1800s who told fantastical stories about himself, lifting the art of exaggeration to new and impressive heights.

Doctors frequently disagree over the diagnosis and treatment of their patients, but what happened to Justina shocked many because but it unfolded with surprising rapidity and appeared to be something unprecedented. How could a hospital kidnap a patient and hold that patient against the wishes of the parents? In truth, the actions of Boston Children’s Hospital were not as rare as many believed. Not even close. Around the time Justina’s saga took place, the Boston Globe reported that in the previous 18 months Children’s Hospital had removed at least five other children from their parents for “medical child abuse,” something that hospital staffers called a “parentectomy.”

The issue is not unique to Boston Children’s Hospital. In 2018, the Mayo Clinic blasted a CNN report alleging the healthcare behemoth kidnapped a teen patient, Alyssa Gilderhus, who suffered a potentially fatal ruptured brain aneurysm. The patient’s mother, Amber Engebretson, argued the family’s concerns were going unaddressed. What she saw as advocating for her sick child led to clashes with certain caregivers. The Mayo saw the mother as endangering the welfare of the patient and took steps to bar her from the medical center’s property.

According to the Mayo’s reports, Amber grew increasingly disruptive and abusive to a point where hospital staff feared for their safety. Amber, along with her husband and Alyssa’s stepfather Duane Engebretson, suspected the Mayo was taking steps to get a guardian appointed to make medical decisions on their daughter’s behalf. Those fears were soon realized. In reports made to adult protective services in two Minnesota counties, hospital social workers at the Mayo stated that Amber had mental health problems and that her and Duane were not suitable caregivers. It was the 25th time that year the Mayo had sought emergency guardianship of a patient, and 13 of those requests were granted.

In a move evocative of Justina’s treatment the Mayo had a psychiatrist examine Alyssa without the parents consent, and concluded she lacked the capacity to make her medical decisions for herself even though legally the teen was an adult, setting the stage for the formal transfer of guardianship to state welfare services. Alyssa’s situation became so dire that the family felt their only recourse was to forcibly remove their daughter from the hospital as if they were breaking her out of prison.

A police chase ensued, and the family ended up taking shelter in an ER in South Dakota. The Mayo Clinic asserted that Alyssa needed hospitalization and her life was in danger, but doctors in South Dakota who also examined her disagreed. The South Dakota physicians believed that with proper medication, Alyssa could recuperate at home. The Mayo countered with claims that the patient wasn’t mentally competent and sought police intervention. But the law no longer had a role here—this was a doctor versus doctor issue.

So was the Mayo in the right to remove Alyssa from the care of her parents? The Hippocratic Oath requires that doctors do no harm. The hospital believed they had acted in the patient’s best interest, but had they? Each year thousands of cases of reported child abuse might not be child abuse at all. Infant rickets, for example, perfectly mimics child abuse, and the baby will have virtually no symptoms—until their bones fracture. The same issue extends to cases of medical child abuse. Mitochondrial diseases are uniquely susceptible to charges of Munchausen Syndrome by Proxy.

Mitochondria are found in every cell and create the energy needed to support organ function. When there is a mitochondrial deficiency, there’s less energy in the cell, which causes cells to function incorrectly, even die. The disease can cause a host of symptoms, depending on how much energy is being depleted from the cells. Presentation varies from person to person. Affected organ systems are also widely varied. Testing for the disease can be tricky, too. There’s no real gold standard, and while the muscle biopsy comes closest, even those results are often contested.

This gray area puts doctors in the difficult position of making controversial decisions that, in their expert opinion, are in the best interest of the patient. Some estimates put the number of medical child abuse claims at 1,600 annually, though doctors see these charges as necessary only when there is incongruence with the symptoms and test data. We see this often in the tragic cases of Shaken Baby Syndrome, when medical forensics is employed to counter the false narrative of an accidental drop or fall. It is the exception, not the rule, when a diagnosis of MSBP is considered. However, the umbrella term medical child abuse is so broad, without boundary, that these accusations are increasingly less rare.

As I began researching Saving Meghan, inspired in part of Justina’s story, I  discovered a community of people like Justina, with little-understood diseases whose confounding symptoms raise the suspicions of doctors and hospital administrators. In such cases, parents or caregivers may be accused of medical child abuse.

Justina Pelletier is now a woman of twenty, and no longer a prisoner or patient of Boston Children’s Hospital, depending on whose perspective you take. There is a lawsuit pending, one that might not be settled until January 2020, six years after Justina was made a ward of the state. Legally no crime had been committed in her case, but it’s still possible for doctors who believed they were acting in Justina’s best interest to be faulted for malpractice.

The controversy for Justina, and many like her, stems from one simple question: who is telling the truth? The burden of proof—proof that the patient suffers from a rare or debilitating disease—often falls on the patient or the family. The more research I did, the more Justina’s plight came to represent this broader collective of people who sometimes face a skeptical medical community. I sincerely hope I’ve portrayed their struggles fairly and accurately while taking full advantage of my storyteller’s license.

The engine of any good thriller is conflict combined with high stakes, and the issue of somatoform disorders, one in which physical symptoms belie a diagnosable medical condition, presents a unique opportunity for dramatic storytelling. In each of these cases, the anxieties of the parents, patient, and doctors are all justifiable, the differing points of view valid, and the consequences for being wrong potentially perilous. For this reason, I saw in Justina’s story, and those like hers, the essence of what makes a medical thriller memorable and hard-to-put down. We enter a hospital with every expectation of coming out better than when we went in, but seldom does it cross our mind that we might legally not be permitted to leave.

The Gerard family’s fictional saga, circumstances, and background come from my writer’s mind, but I hope the truth at the heart of this story will help open your eyes to a hidden struggle. While it’s easy to have sympathy for the patients, no one should lose sight of the challenges faced by the caregivers who stake their reputations every day on being right.

The Crime Fiction of Kingston, Jamaica 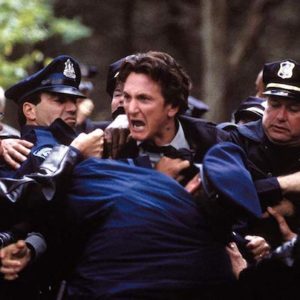