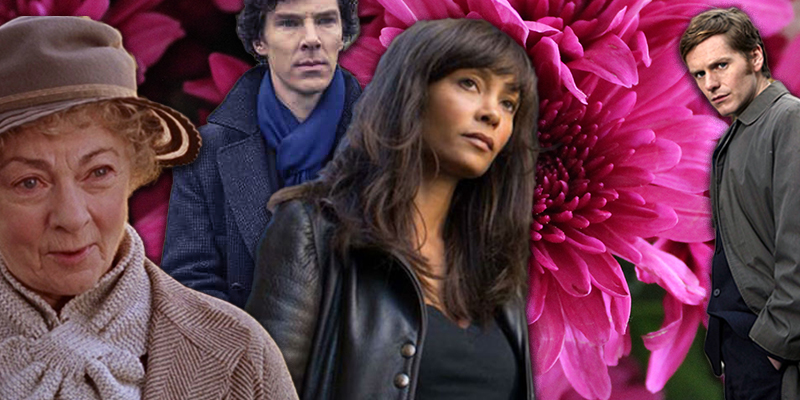 The Curse of Englishness: Why Every British Thriller Is Also a Black Comedy

"We specialise in a specific kind of English malice based on class and distorted moral rectitude."

‘There’s no market for it over here,’ said my New York agent. ‘I thought you were delivering a thriller but what I got was a very English black comedy.’

He was turning down ‘Hot Water’, my latest crime novel. My agent is a piece of work; ruthlessly honest, charismatic and usually right.

‘I got halfway through and stopped reading.’ This time he was talking about ‘The Foot on the Crown’, the epic that has taken me ten years to write. ‘It’s too earthy, too eeeuw for delicate US editors.’

‘Things must be pretty bad when your own agent fires you,’ my friend Deborah said. ‘Why don’t you write to their market?’

I considered the idea. ‘I’m not sure I know what their market is anymore.’

‘Maybe they expect you to be less English.’

‘But I’m not especially English,’ I lied. ‘I’m a European. Or at least I would be if Brexit hadn’t happened.’

‘You,’ she tapped me on the wrist with a spoon, ‘are the most English person I know.’

I first became aware of the curse when I heard the teacups. To be precise, their endless tinkling.

Whenever I listened to an English radio play as a child the sound effects included a spoon endlessly circling bone china. English characters were always going out and coming in, but mostly they stayed inside and drank tea, even in the grisliest true-life murder dramatizations. Our plots unfolded in small rooms. It’s an English thing; neat little houses, inclement weather. Agatha Christie was particularly obsessed with egress. ‘It was a fine old library with the only other door leading out to the pristine tennis courts.’ And as we tended not to point guns at each other, our fictional killers generally dismissed firearms in favour of doctored pots of chutney, electrified bathtubs and poisoned trifles. They escaped without leaving footprints and relocked doors with the aid of string.

When so much time is spent inside it’s hardly surprising that we start thinking about elaborate ways of killing someone. Our crime novels may be domestic but are definitely not ‘cozies’. Endings are bleak, murderers admirable, victims deserving of their fate.

We specialise in a specific kind of English malice based on class and distorted moral rectitude. You’ll find it in the novels of Martin Amis and Jonathan Coe, whose ‘What A Carve Up!’ is a revenge tragedy that doesn’t so much dissect fin de siècle Britain as blow it sky high. It’s there in the bitter, deadpan prose of Beryl Bainbridge and in Kate Atkinson’s characters, who speak as if biting thread from a needle. It fills the entire oeuvre of Mo Hayder, whose crime novels take you into claustrophobic, inescapable darkness.

There has always been a gap in our shared language. One reader in Texas gave up on my Bryant & May novels because they were ‘written in deep English’. It’s not something I can excise from my writing. I’m technically a Cockney, born (just) within the sound of London’s Bow Bells, and the last of them now that there is no maternity ward within that perimeter. In two centuries my family failed to move more than five hundred yards from where they’d started out. We are an island race whose isolated literary development has led to peculiar ways of thinking, yet our nation is so close to France that when I’m at the coast my phone switches to a French provider.

For those of you who have just joined us through the accident of late birth, here follows a three-point history of Cursed Englishness.

(1) It starts with the Normans, of course. French became the language of the monarchy, through which we gained about 10,000 words, while English peasants only managed to come up with simple onomatopoeic nouns like ‘cow’. A two-tier language was bound to cause trouble. Words were power, weaponised by Shakespeare. If you find Shakespeare challenging try ‘Gawain and the Green Knight’. One of Britain’s oldest tales is made ludicrously complex because its text is not just filled with Sondheim-like internal rhymes but is also in Middle English in an untranslatable short-lived Midlands dialect.

(2) By the start of the eighteenth century, the satirist James Gillray was happily ridiculing the British Prime Minister in print without reprisal. We satirised our social mores with the smug self-confidence of ruthless colonialists. Our authors had already learned to play jokes on readers, as anyone who has climbed the Everest of Sterne’s ‘Tristram Shandy’ can testify.

British literature honed its sharpness in the Great War and emerging with new elements of irony, ridicule and gallows humour. The novels of Evelyn Waugh are cruelly funny but beneath the wit is a howling darkness that in ‘Black Mischief’ ends with the perfectly logical act of cannibalism. Killing becomes a social faux-pas on a par with grammatical errors.

(3) After WWII, death lurked at the edges of even the most conservative English novels. As secularism took hold it became commonplace to explore risqué subjects and say the unsayable. In the 1950s a family film could be made about a British girls’ school whose sexualised pupils are sold off to Arab sheiks. Its writers included D B Wyndham-Lewis, the Poet Laureate Cecil Day-Lewis and Bertolt Brecht. It’s still popular today.

Englishness sold well. The combination of grisly slaughter and dry humour proved irresistible. In 1930 a group of British mystery writers had formed the Detection Club, members of which included Agatha Christie, Dorothy L. Sayers and Baroness Orczy. I recently joined their esteemed ranks in a ceremony that involved swearing on a skull in candlelit gloom. And through that we arrive at the present day, when a tinkling teaspoon is liable to end up in someone’s eye.

The curse of Englishness is that we cannot stop being so very English. Those judging glances and snooty comebacks are still supplied by the upper classes, who are entirely blind to their lowered position in the world. Every time we open our mouths the curse reawakens. It’s true that hardly anyone ever called an umbrella a ‘bumbershoot’, but our language is so peppered with peculiarities that only Lee Child ever managed to write like an American.

In theory, publishing on either side of the Atlantic should be the same but we don’t think the same. The faultline was exposed by the AJ Finn affair; US editors hire staff after a forensic examination of their credentials and background. We pat the back of a chair and say, ‘I have a good feeling about you.’

The accidental/reluctant hero is a traditional British character, accepted in the wrong places at the wrong time. Barely remembered authors like Pamela Branch and Edmund Crispin allowed ingenuity and sarcasm to take preference over the forwarding of the action. Branch’s ‘The Wooden Overcoat’ is 190 pages long and stuffed with deviations, flights of fancy and nonsense conversations. Crispin’s detective actually forgets what he’s investigating. Our fictional heroes are emotionally strangulated. Embarrassment, snobbery and shame are common motives for murder. It’s surprising that Basil Fawlty never became a serial killer.

While many American crime novels could survive perfectly well without dialogue—I instinctively think of Cormac McCarthy here—English characters rarely shut up. When it comes to crime we prefer argument over engagement, which is why the British never made a decent action movie.

If British spy novels consisted of middle-aged men arguing in ugly offices, our mystery novels favoured the drawing room over the jail cell, the village high street over the back-alley stand-off. In many the action, such as it is, comes to a grinding halt so that the investigators can potter about discussing entirely irrelevant subjects. In this way the mystery itself becomes a carriage for many other bits of baggage.

This must be deeply frustrating for American critics. If it doesn’t further the action the scene shouldn’t be there, but biffing and chasing is boring to write and dull to read. Better a duel of wits than weapons. If a novel deviates from its subject, does it matter so long as we enjoy it? Margery Allingham was unreadable to Edmund Wilson, not because she was a bad writer but because her books needed to have their Englishness carefully unpacked. We lovingly stuff our prose with secrets. And why not, when a book becomes your companion?

The misunderstandings between your country and mine occur somewhere in the Atlantic. American crime heroes are far more proactive and driven. They endure terrible hardship before redemption, reminding us of Joel and Ethan Cohen’s crime rules; the innocent must suffer, the guilty must be punished and You Must Taste Blood To Be A Man. The British equivalent is to suffer, be mildly annoyed and make another cup of tea. 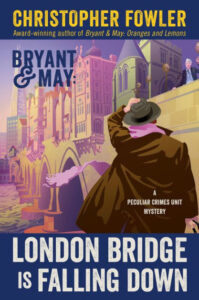 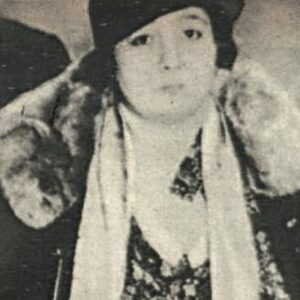 When he tracked her down in the winter of 1931, the trappings of her once-vast wealth—seaside villas, jewels, a fleet of fast...
© LitHub
Back to top