The Daughters of Crime Fiction Are Getting Tough on Bad Dads

On the Heroines of Meg Gardiner and Karen Dionne

Classic crime fiction is full of errant daughters, girls gone or lost. These daughters often leave their families of their own accord, to pursue men, fame, fortune, or oblivion. Ever since General Sternwood hired Philip Marlowe in Chandler’s The Big Sleep to find his lost daughter Carmen, crime fiction has had a vested interest in returning these daughters to their families unharmed, no matter what circumstances they are running from or toward.

Two books this month have father-daughter relationships at their center. Meg Gardiner’s Unsub is a procedural featuring Detective Caitlin Hendrix, whose father, Mack Hendrix, had been a detective as well. Mack worked on the most famous serial killer case in the San Francisco Bay Area when Caitlin was a child in the 1990s, trying and failing to capture a serial killer nicknamed The Prophet. Gardiner based the Prophet loosely on the never caught Zodiac killer, also setting the book in his hunting ground, the Bay Area. The Zodiac terrorized California when Gardiner was a child (and continues to be the stuff of nightmares as well as a source of inspiration for crime writers). When the Prophet, the Unsub (unknown subject in FBI speak) of Gardiner’s title, returns after a 25-year hiatus from killing, Caitlin gets herself assigned to the case, even though trying to catch the Prophet literally drove her father to a nervous collapse.

Unsub is a really frightening book, in large part because of Gardiner’s deft use of close third-person narration. It put me in mind—though the subjects could not be further apart—of the work of Henry James, and his choice to use this same kind of narration in his novels. As he wrote in Preface to the New York edition of The Ambassadors:

Again and yet again, as, from book to book, I proceed with my survey, I find no source of interest equal to this verification after the fact, as I may call it, and the more in detail the better, of the scheme of consistency ‘gone in’ for. As always—since the charm never fails—the retracing of the process from point to point brings back the old illusion. The old intentions bloom again and flower—in spite of all the blossoms they were to have dropped by the way. This is the charm, as I say, of adventure transposed—the thrilling ups and downs, the intricate ins and outs of the compositional problem, made after such a fashion admirably objective, becoming the question at issue and keeping the author’s heart in his mouth.

During the adventure of Unsub Gardiner also keeps her heart in her mouth and lets her characters do the thinking. She switches from Caitlin, to Mack, and to the Unsub, each with distinct voices but none knowing the whole picture. This is also a classic way to create suspense, of course, but the tension in Unsub is ratcheted way up because of our forays into the twisted mind of the Prophet in contrast to Caitlin’s fear, as well as her determination to identify the cryptic messages he leaves at each crime scene and figure out his mission.

Avoiding spoiler territory, I can say that Caitlin succeeds because of her zealous immersion in the Prophet’s crimes, and with the help of her father. Caitlin lures Mack, now a broken man living in a sad boarding house, out of retirement to help catch the Prophet. She uses Mack’s old files and journals, and in reading them she realizes “what ruined [Mack] wasn’t simply his failure to catch the Prophet. It was the pain of the victims and their families.” She understands his behavior during her childhood for the first time: “She knew he wasn’t the only cop who buckled under such sustained assault. Long-term work on serial murders could cause PTSD in the most dedicated officers. She’d known that, intellectually, but hadn’t felt it viscerally. As a kid, she had felt its effects—in his rages, his wanderings, and his hallucinatory diatribes.” And as she recruits him to work on catching the Prophet with her and a new team of detectives, she redeems him by learning to respect him as a man and a fellow investigator. The father-daughter bond is key to catching the killer, with his historical knowledge and her fresh eyes on the Prophet’s terrible crimes.

In Karen Dionne’s The Marsh King’s Daughter, the father-daughter pair are not working together but their bond is also crucial to the plot. Dionne’s protagonist, Helena Pelletier, lives on Michigan’s sparsely populated Upper Peninsula with her husband and two daughters. Helena has kept her origins a secret, even from her husband: she is the product of an abduction. Helena’s father kidnapped her mother when she was a teenager, and father, mother, and daughter lived in an isolated cabin in a marsh on the U.P. Obviously she gets away from her father eventually, but again, trying to minimize spoilers, I’ll say that Helena spearheads the escape of herself and her mother.  When her father is caught, he’s sent to prison.

As she tracks him through the woods, Helena reevaluates much of her childhood and her relationship with her father in particular. She figures he knows she will come after him, and as she finds clues only he and she would understand her hunch is confirmed. Sometimes the memories are hard to bear: “I was overwhelmed with sorrow for the eleven-year-old me. Most of the time when I look back on the way I was raised, I’m able to view things fairly objectively. Yes, I was the daughter of a kidnapped girl and her captor. For twelve years, I lived without seeing or speaking to another human being besides my parents. Put like that, it sounds pretty grim.” She was a “child who didn’t know that a ball bounced, or that when people greeted each other with their hands outstretched it was called shaking hands because their hands actually moved. Who didn’t realized people’s voices sounded different because she had never heard anyone speak except her mother and father. Who knew nothing of modern culture or popular music or technology. Who hid from her first contact with the outside world because her father told her to.”

In the complicated tracking of her father, which is both literal and emotional, Helena is redeeming herself, not only by returning him to prison where he cannot harm her new family but by facing the pain and isolation of her childhood. Though she realizes her father is both dangerous and crazy, she escaped his control a long time ago. The opportunity to use the tracking methods he taught her on him is a version of revenge she cannot pass up. Sometimes the best a daughter can do is to best her father, which is precisely what Helena does. The crucial difference between Caitlin and Helena and their predecessors like Carmen Sternwood is that daughters in crime fiction now have agency to do more than just escape their fathers’ control or legacy. They forge their own paths, because of or despite their fathers’ influence. 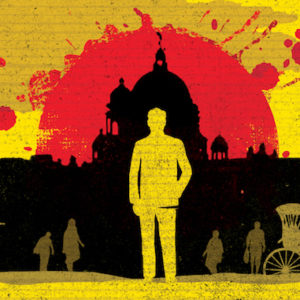 The Indian sub-continent is not short of good candidates for our Crime in the City series. Expect detailed visits to Bombay...
© LitHub
Back to top