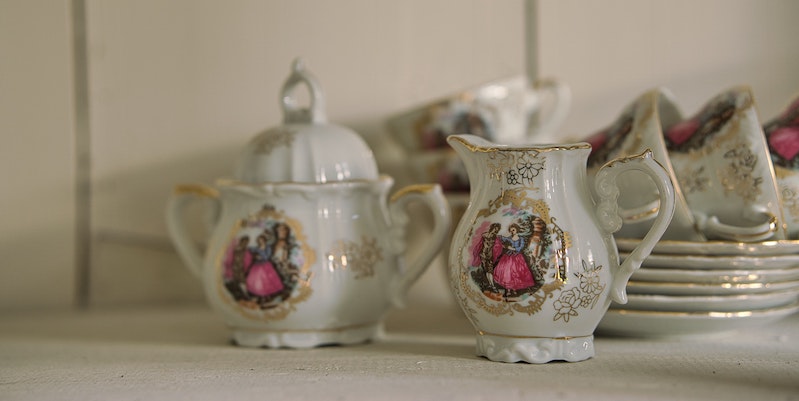 When considering the great artistic accomplishments of England, what often comes to mind first is English Literature. Chaucer, Milton, Shakespeare, the Brontes, Jane Austen, Dickens—names that hold as much or more relevance today as they did when these authors lived. Their brilliance is as well-documented (the work speaks for itself, really) as it is undeniable. Their words live on era after era, with each subsequent generation of readers finding new meaning and understanding, new insight, and new revelations, in these centuries-old works. English literature is without doubt among the world’s great treasures.

A cultural treasure needs, above all, to be enduring, to withstand changing times and changing tastes. It needs, at the time of its inception, to have represented a kind of progression within its field, a groundbreaking excellence that allowed it to stand out from its contemporaries and shine as something special, something never before seen. Something that commanded attention.

Why are we drawn to a work of literature? A painting or sculpture? Oftentimes people can develop a taste for an artform, but I believe it’s only when art speaks to us on a level that transcends conscious thought that it becomes part of us, something that brings us joy without our quite understanding why.

That joy struck me one day when a package unexpectedly arrived at my home. It was a gift of four teacups that, in a surprising way, has changed my life. The story of why they were sent to me is a rather long one and not the subject of this article, but within the course of a single day I went from being someone who rarely collected anything and didn’t invite clutter into my home, to someone who became a devoted collector of sixty to one hundred year old English bone china—specifically, that made by the Shelley Pottery Works.

Gone since the mid-1960s but once one of Staffordshire, England’s, premier china producers, Shelley is yet another example of the ground-breaking excellence to be found in that country. Until that day, I had never heard of the Shelley Potteries and knew precious little about English china. Yet as I unpacked those four cups and saucers, molded in the Oleander shape with mint-green glaze on the outside and the delicate Bridal Rose pattern within the cup, I knew I held something extraordinary in my hands.

I immediately began educating myself. Staffordshire became the home of English china production thanks to the luck of its natural resources, among them coal, for firing the powerful kilns, and water, used in both clay-mixing and transportation of finished products. It’s the ratio of raw clay to stone to beef bone ash that makes English china, and Shelley china in particular, capable of being translucent-thin yet strong enough to survive years of daily use and washing. The thinness of Shelley teacups is rivaled only by Beleek of Ireland.

The more I learned about the process of mixing the clay, forming the molds and free-form shapes, the firing process, the transfer designs and hand painting, the more lovingly I collected examples dating as far back as the 1890s (When Shelley was still Wileman & Co.), through the 19-teens (when Shelley and many a company relied on commemorative designs and crests to boost sales during WWI) and each subsequent decade until Shelley closed its doors in the mid-1960s.

As a dedicated tea drinker, I use the cups in my collection on a daily basis. I consider my afternoon tea essential to my writing—for clearing away the cobwebs that form during a day’s work and allowing me a fresh perspective. Part of my afternoon tea ritual is the fun of deciding which cup and saucer I’ll use. With each one, I realize there is a story behind the pattern design, cup shape, and the history of the people who owned it decades before me. What were their lives like? Probably very different from mine, yet the way we center ourselves, find a moment’s peace, and steel ourselves to continue our day, is probably still much the same.

“Tea tempers the spirits and harmonizes the mind, dispels lassitude and relieves fatigue, awakens thought and prevents drowsiness, lightens or refreshes the body, and clears the perceptive faculties.”

It’s no surprise that a writer’s thoughts would turn to the possible stories behind the china, or that I began to see the potential for stories yet to be told. And since teatime is, after all, a distinctly British phenomenon, it also made sense that any story I wrote would involve my English-set historical series, A Lady and Lady’s Maid Mysteries. What fun for the Renshaw siblings to travel to the china capital of England to commission a unique china service for their grandparents’ anniversary. Of course, intentions are one thing, but agreement, especially among four siblings with intensely contrasting opinions, is another matter entirely. Upon their arrival at the fictional Crown Lily Pottery Works, it becomes clear that choosing a pattern and shape will be no easy feat.

Their decisions aren’t made any easier when dealing with two designers who show no inclination to work together. Artistic people tend to be complicated, so it wasn’t hard to imagine how egos and ambitions might clash to create volatile circumstances that could potentially explode—much like kilns when not operated properly. Plotlines, complete with intrigue, artistic competition, rivalries, and yes, even murder, quickly took shape.

As history throughout the industrialized world has shown us, any factory is replete with dangers to life and limb. A china factory is no different. From the grinding pans to deserted warehouses to the fiery kilns, danger lurks in many places. Add in those resentments and rivalries, and opportunities for murder abound.

So while, on the one hand, A Sinister Service is a celebration of the artistry and excellence of English fine bone china, it remains foremost a murder mystery to be solved by the sleuthing team of Phoebe Renshaw and her lady’s maid, Eva Huntford, as well as by you, the reader, if you can. 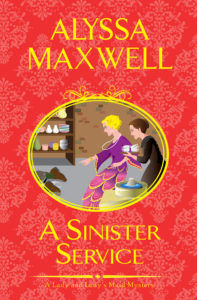 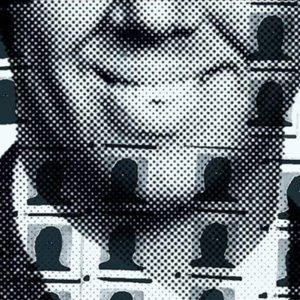 As the marshals’ search for the Commander sputtered during the first months of 2012, there was no way for them to know...
© LitHub
Back to top