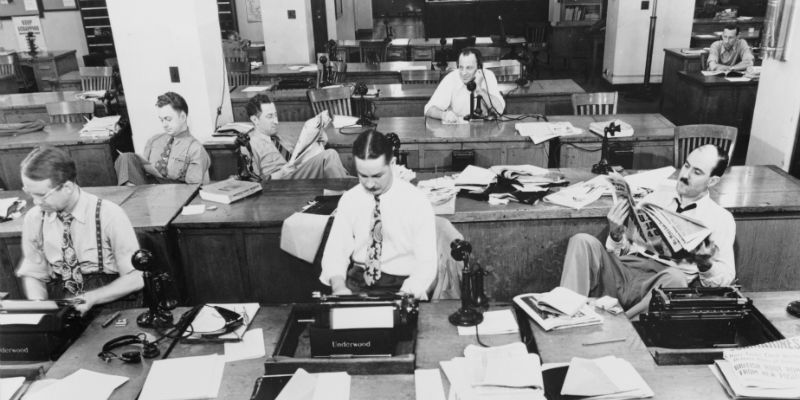 Wallace Stroby on Copy Boys, Night Shifts, and the End of an Era

In the documentary The Typewriter, The Rifle, & the Movie Camera, writer/director Sam Fuller recalls the first time he ever walked into a newsroom. It was 1924, he was 12, and the newspaper was the now-long-defunct New York Evening Journal on Manhattan’s famed Park Row.

“The noise was loud,” Fuller remembers. “Generally telephones ringing and, of course, typewriters clacking. And every once in a while I’d hear ‘Copy! Copy boy! Copy!’ I’d look around, and I’d see a fella jump up from a bench. You’d see a man typing, and he rips out (the page) just like that, and the boy grabs it – vroom – and he takes it over to the copy desk. And another one goes ‘Copy boy! Copy boy!’ I said ‘I want a job like that’… .  I told my mother and she said, ‘When will you get sleep?’ I said, ‘I’ll sleep there.’ She said, ‘You want to do this?’ I said, ‘I only want to do this. Only this! I want to be a copy boy. I want to live in that room for fifty years if I can.’”

Sixty-one years later, I had much the same reaction the first time I entered a newsroom. But I was 24 and the paper was the Asbury Park Press, then still located in the dingy downtown of its titular home. The typewriters had been replaced by now-primitive computers, but the vibe was the same. Things happened there.

I was finishing up a journalism degree at Rutgers University in New Brunswick, and I’d landed an internship at the Press, my hometown paper. For college credits (and no pay), I worked 32 hours a week as a municipal reporter, covering daily stories, night meetings and whatever else needed to be staffed. It was a sink-or-swim learning experience, but I kept my head above water enough that I was hired full-time before my internship was over.

As a full-timer, I started out as the paper’s sole overnight reporter, working 1 a.m. to 9 a.m.  A night person by nature, it suited me. In those days, Asbury Park’s business district was mostly vacant storefronts, the beach area a ghost town of empty and crumbling buildings. Asbury in 1985 would be unrecognizable to those who know it as the bustling hipster mecca it is today. (In late ’85 the Press moved to a leafy multi-acre site in nearby Neptune Township).

Sometimes within a half-hour of filing, I’d see actual finished papers with my story in it, the ink on the pages still wet from the press.

On quiet nights, I’d do late-shift cop checks, then help out on the night desk. On not-so-quiet nights, I’d race off to cover whatever came up, often after hearing chatter on the office police scanner. I covered everything—accidents, shootings, fires (a lot of fires) and more. I’d get what I was able to at the scene, then rush back to the office and write as quickly as I could for that morning’s paper, hoping to catch the print run early enough to make most editions. Sometimes within a half-hour of filing, I’d see actual finished papers with my story in it, the ink on the pages still wet from the press.

Unlike Sam Fuller, I don’t think I wanted to spend 50 years in that office—it was ratty, old and cluttered even then—but I did love the job. I eventually became an editor on the Press’s Sunday staff, and in 1995 moved to the Newark Star-Ledger, New Jersey’s largest newspaper. There I got the opportunity to work with some of the best journalists in the country. And there I stayed until taking a buyout in 2008, after 23 years in the business.

Leaving wasn’t an easy decision. The paper—like most in the country—was struggling financially, and on July 30 of that year, we were presented with an offer and a threat. The offer? Buyouts were available to anyone who wanted to take one. The threat? If not enough people did by a certain date, the paper would be shut down and everyone fired, with little or no severance.

Those weeks leading up to the deadline were immensely stressful for everyone involved. I’d published two novels at the time, had another almost done and a contract for a fourth, so I knew I could stay busy if I left. But it was still a life-changing decision to make in a short period of time. I was sleepless and agitated. This wasn’t the way I saw my career ending. I still felt at home at the paper after 13 years, and resented the idea of being run off. But I also knew whether I stayed or left, it would never be the same.

In the end, I took the deal, as did 150 of my colleagues, nearly half the newsroom. The departures were staggered over a period of two months, but many of the exits—64 in all, including mine—fell on Friday, Dec. 31. That last day was a surreal experience. A jazz trio—led by one of our music writers, a saxophonist—was hired to play during the afternoon. There was catered food, and lots of alcohol. (Meanwhile, a core group of people were still trying to get the next day’s paper out.) There were some laughs, a lot of tears, and what seemed like an endless procession of people hauling personal items in banker’s boxes to the elevator. It was numbing after awhile.

It’s traditional in newsrooms to give a standing ovation to a long-time employee leaving the building for the last time. By 6 p.m. that day, so many people had left that the applause was reduced to a smattering. Every hour there were fewer people to be applauded, and fewer to do the applauding. I snuck out around 9 p.m., using a handcart to bring my boxes of tearsheets, books and other paraphernalia out to my car in the parking garage. Come Monday, it hit me. I was out of a job.

Being able to write full-time is a luxury for which I’m grateful, but I miss the newsroom. Between 2008 and now, I’ve published six more novels. But for one reason or another, I’d never tried to incorporate any of my newsroom experiences into my fiction. It felt too close, too raw and personal.

That changed finally with my new novel, Some Die Nameless. The idea for the book originally just revolved around Ray Devlin, an aging ex-mercenary who stumbles onto a conspiracy linked to his past. But I was tired of writing about loners on the fringes of society (four of my novels were about a tough and independent female professional thief). I decided Devlin needed a companion on his journey of discovery, preferably a woman. At first, I thought I might make her an FBI agent, but that seemed too much of a cliche. Then I realized she had to be a reporter, and that this was my chance to finally write about the profession I loved and left. She and Devlin would stumble on the conspiracy from different angles, and eventually be drawn together in pursuit of the truth, with their own survival in doubt.

The last ten years have been a rough time for newspapers. Newsroom budgets have been slashed, papers shuttered and thousands of journalists laid off.

The last ten years have been a rough time for newspapers. Newsroom budgets have been slashed, papers shuttered and thousands of journalists laid off. I still have dozens of friends in the business, and many of them live in daily dread of losing their jobs. I wanted to put my reporter, Tracy Quinn, into the middle of that reality, at a fictional Philadelphia newspaper on the verge of being bought out or shut down. She’d be cynical but still idealistic, like so many journalists I know, struggling to do her best in an era of out-of-town ownership, and management interested less in communities than in chasing clicks.

Since I wrote Some Die Nameless, things have only gotten worse. Once-great papers have been gutted by their hedge-fund owners, with an eye only for the bottom line. The President of the United States regularly refers to the free press—a constitutionally protected cornerstone of democracy—as “the enemy of the American people.”  Last month, a gunman launched a horrific attack on the newsroom of the Capital Gazette in Maryland, killing five employees. In a testament to their professionalism and courage in the face of almost unimaginable tragedy, the staff still got the paper out the next day.

I don’t know that I’ll ever write about newspapers again. I’m now ten years out of the business, and had to keep updating details even while writing Some Die Nameless, because of how fast things were changing in the industry.

My heart’s still in it though. I miss it. I miss the environment. I miss the sense of communal working toward a common goal. Writing full-time is a privilege—and many of the skills I learned in journalism serve me well in doing it—but it’s also by nature isolating. I miss the buzz. I miss the phones ringing and keyboards clacking. I miss the sense of everything happening right here, right now. And like Tracy—and Sam Fuller—I can’t help but feel nostalgia for a simpler time.

Wallace Stroby is the author of eight novels, the most recent of which, Some Die Nameless, was published in July by Mulholland Books/Little, Brown. A Rutgers University graduate, he’s a lifelong resident of the Jersey Shore.
http://www.wallacestroby.com/

How the Hells Angels Split with Sixties Counterculture 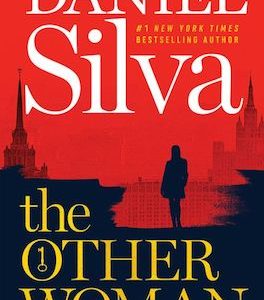 VIENNA One hundred and fifty miles to the northwest, a few lazy bends along the river Danube, an exhibition featuring...
© LitHub
Back to top