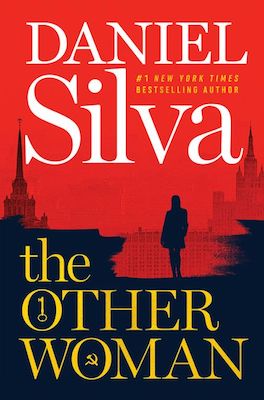 The following is an exclusive excerpt from The Other Woman, by internationally best selling thriller writer Daniel Silva. His 18th Gabriel Allon novel takes Silva's spy character to Vienna, and in the following passage Allon reflects on the city and its lost history.

One hundred and fifty miles to the northwest, a few lazy bends along the river Danube, an exhibition featuring the works of Sir Peter Paul Rubens—painter, scholar, diplomat, spy—limped toward its melancholy conclusion. The imported hordes had come and gone, and by late afternoon only a few regular patrons of the old museum moved hesitantly through its rose-colored rooms. One was a man of late middle age. He surveyed the massive canvases, with their corpulent nudes swirling amid lavish historical settings, from beneath the brim of a flat cap, which was pulled low over his brow.

A younger man stood impatiently at his back, checking the time on his wristwatch. “How much longer, boss?” he asked sotto voce in Hebrew. But the older man responded in German, and loudly enough so the drowsy guard in the corner could hear. “There’s just one more I’d like to see before I leave, thank you.”

He went into the next room and paused before Madonna and Child, oil on canvas, 137 by 111 centimeters. He knew the painting intimately; he had restored it in a cottage by the sea in West Cornwall. Crouching slightly, he examined the surface in raked lighting. His work had held up well. If only he could say the same for himself, he thought, rubbing the fiery patch of pain at the base of his spine. The two recently fractured vertebrae were the least of his physical maladies. During his long and distinguished career as an officer of Israeli intelligence, Gabriel Allon had been shot in the chest twice, attacked by an Alsatian guard dog, and thrown down several flights of stairs in the cellars of Lubyanka in Moscow. Not even Ari Shamron, his legendary mentor, could match his record of bodily injuries.

Vienna always depressed him, never more so than when it snowed.

The young man trailing Gabriel through the rooms of the museum was called Oren. He was the head of Gabriel’s security detail, an unwanted fringe benefit of a recent promotion. They had been traveling for the past thirty-six hours, by plane from Tel Aviv to Paris, and then by automobile from Paris to Vienna. Now they walked through the deserted exhibition rooms to the steps of the museum. A snowstorm had commenced, big downy flakes falling straight in the windless night. An ordinary visitor to the city might have found it picturesque, the trams slithering along sugar-dusted streets lined with empty palaces and churches. But not Gabriel. Vienna always depressed him, never more so than when it snowed.

The car waited in the street, the driver behind the wheel. Gabriel pulled the collar of his old Barbour jacket around his ears and informed Oren that he intended to walk to the safe flat.

“I can’t let you walk around Vienna unprotected, boss.”

“Because you’re the chief now. And if something happens—”

“You’ll say you were following orders.”

“Just like the Austrians.” In the darkness the bodyguard handed Gabriel a Jericho 9mm pistol. “At least take this.”

Gabriel slipped the Jericho into the waistband of his trousers. “I’ll be at the safe flat in thirty minutes. I’ll let King Saul Boulevard know when I’ve arrived.”

King Saul Boulevard was the address of Israel’s secret intelligence service. It had a long and deliberately misleading name that had very little to do with the true nature of its work. Even the chief referred to it as the Office and nothing else.

“And not a minute more,” pledged Gabriel. “And if you’re late?”

“It means I’ve been assassinated or kidnapped by ISIS, the Russians, Hezbollah, the Iranians, or someone else I’ve managed to offend. I wouldn’t hold out much hope for my survival.”

“I don’t want you anywhere near the safe flat,” said Gabriel. “Keep moving until you hear from me. And remember, don’t try to follow me. That’s a direct order.”

The bodyguard stared at Gabriel in silence, an expression of concern on his face.

“Are you sure you don’t want some company, boss?”

Gabriel turned without another word and disappeared into the night.

He crossed the Burgring and set out along the footpaths of the Volksgarten. He was below average in height—five foot eight, perhaps, but no more—and had the spare physique of a cyclist. The face was long and narrow at the chin, with wide cheekbones and a slender nose that looked as though it had been carved from wood. The eyes were an unnatural shade of green; the hair was dark and shot with gray at the temples. It was a face of many pos- sible national origins, and Gabriel had the linguistic gifts to put it to good use. He spoke five languages fluently, including Italian, which he had acquired before traveling to Venice in the mid-1970s to study the craft of art conservation. Afterward, he had lived as a taciturn if gifted restorer named Mario Delvecchio while simul- taneously serving as an intelligence officer and assassin for the Office. Some of his finest work had been performed in Vienna. Some of his worst, too.

Some of his finest work had been performed in Vienna. Some of his worst, too.

He skirted the edge of the Burgtheater, the German-speaking world’s most prestigious stage, and followed the Bankgasse to the Café Central, one of Vienna’s most prominent coffeehouses. There he peered through the frosted windows and in his memory glimpsed Erich Radek, colleague of Adolf Eichmann, tormentor of Gabriel’s mother, sipping an Einspänner at a table alone. Radek the murderer was hazy and indistinct, like a figure in a painting in need of restoration.

“Are you sure we’ve never met before? Your face seems very familiar to me.”

“I sincerely doubt it.”

“Perhaps we’ll see each other again.”

The image dissolved. Gabriel turned away and walked to the old Jewish Quarter. Before the Second World War it was home to one of the most vibrant Jewish communities in the world. Now that community was largely a memory. He watched a few old men stepping tremulously from the discreet doorway of the Stadttempel, Vienna’s main synagogue, then made his way to a nearby square lined with restaurants. One was the Italian restaurant where he had eaten his last meal with Leah, his first wife, and Daniel, their only child.

In an adjacent street was the spot where their car had been parked. Gabriel slowed involuntarily, paralyzed by memories. He recalled struggling with the straps of his son’s car seat and the faint taste of wine on his wife’s lips as he gave her one last kiss. And he remembered the sound of the engine hesitating—like a record played at the wrong speed—because the bomb was pulling power from the battery. Too late, he had shouted at Leah not to turn the key a second time. Then, in a flash of brilliant white, she and the child were lost to him forever.

Gabriel’s heart was tolling like an iron bell. Not now, he told himself as tears blurred his vision, he had work to do. He tilted his face to the sky.

Isn’t it beautiful? The snow falls on Vienna while the missiles rain on Tel Aviv . . .

He checked the time on his wristwatch; he had ten minutes to get to the safe flat. As he hurried along empty streets, he was gripped by an overwhelming sense of impending doom. It was only the weather, he assured himself. Vienna always depressed him. Never more so than when it snowed.

From The Other Woman. Used with the permission of the publisher, Harper. Copyright © 2018 by Daniel Silva.

The State of the Thriller: A Roundtable 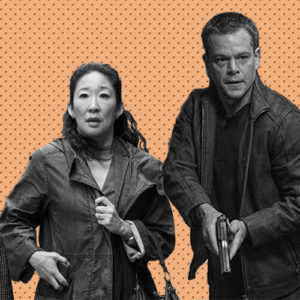 The State of the Thriller: A Roundtable Ahead of Thrillerfest 2018, a national conference for writers and fans of the thriller (July 10-14, 2018 in New York City),...
© LitHub
Back to top