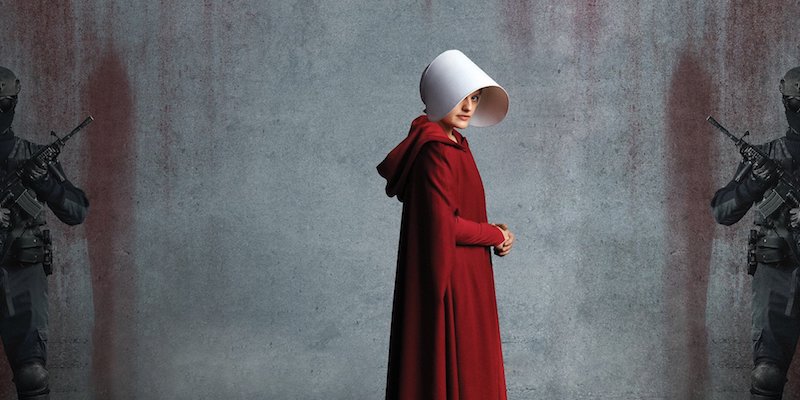 The Dystopian Realities of The Feminist Thriller

Political thrillers are largely the domain of men.

Look at any list of “Best of” or “Best-selling” political fiction, and you won’t see many women there, either as authors or as main characters. Google “Political Thrillers Books” and see what comes up. The banner is populated with works by Bill Clinton and James Patterson, Vince Flynn, Jason Matthews, Brad Thor, Tom Clancy and David Baldacci (with a nod to Richard Condon for The Manchurian Candidate, a book that seems…strangely relevant these days). The only female protagonist in the bunch you’ll find in Jason Matthews Red Sparrow series, which is about a Russian spy trained in seduction. I have yet to read the novels in their entirety, but the excerpts have her engaging in “sexpionage” and “lesbianage,” Matthews’ terms, not mine, and I am just not sure how I feel about that. The one female protagonist in a current popular political thriller is a highly trained sex worker? But Matthews is a genuine retired CIA agent, so I figure he knows his stuff.

If we consider espionage fiction to be a subset of political fiction, we’ll  find some women authors who write with an expert’s authority and who feature women as protagonists. Stella Rimington, the retired head of Great Britain’s MI5, and Francine Mathews, a former CIA intelligence analyst, come to mind. But are their books “political thrillers?”

Let’s take a moment to define what a “political thriller” is, at its heart.

A political thriller is a suspenseful story centered around a power struggle where there are political consequences at stake.

By that definition, we could include Margaret Atwood’s The Handmaid’s Tale, and Vox by Christina Dalcher. No need to summarize Handmaid’s Tale at this point. The premise of Vox, a more recent novel, is a not-too-distant future America where women are literally silenced, prohibited from speaking more than a hundred words a day.

There are plenty of good reasons for this. More often than not the brunt of political decision-making falls on women. On our bodies, our rights to choose, our abilities to flourish in the workplace, the resources available to feed and care for our children when we fall on hard times.

And let’s face it: Dystopia has been the reality for women for millennia. For far too many women, especially poor women, it is the reality today.

For example, in today’s America, restrictive abortion laws have made it difficult to nearly impossible for women to exercise their right of reproductive choice in 29 states. Wealthy women can travel to states that are supportive of their rights. Poor women may not have that option. Access to birth control itself has become contentious, with some employers, medical providers and pharmacists asserting their right to restrict insurance coverage and treatments with which they disagree. For poor women, such barriers are hard to climb. And the ability or inability to control when and whether to have a child or to not has profound economic consequences for women. In many cases, profound health consequences as well.

Even for women in positions of relative privilege we see the power imbalances at work. We’re seeing them right now, acted out on the national stage.

Why are so many men defending the “right” of a Supreme Court nominee to pay no consequences for a sexual assault, one that he denies ever happened, because he was young, and “a good man” today? If it never happened, why are they defending the hypothetical? Why do they see his “right” to this position as more important than his alleged victim’s bodily autonomy, her right to consent or to not? Why is she blamed for her actions, both then and now? Why has she been subjected to death threats that have forced her to move out of her home, simply for speaking her truth?

There is not a single country in the world where women have an equal share of economic and political power to men (Iceland comes the closest). In 2017, American women held just under 20% of Congressional seats, about 24% of statewide elected offices and 25% of state legislative offices. We have never had a female President. This lack of equal representation has a profound impact on laws and legislation that affect our lives. We see every day the consequences of political decisions, decisions which oftentimes seem small but in the aggregate create huge effects that we all have to live with.

So why aren’t there more political thrillers reflecting the reality we live in?

When my latest book was shopped to publishers, I heard more than once that political thrillers were a hard sell. “We have one already,” and that was apparently enough.

Admittedly, my book is a little weird for a modern political thriller. Black Swan Rising focuses on three women involved in a San Diego congressional campaign, who become targets of an online hate group called #TrueMen. The book asks the question, what happens if these angry, dysfunctional men take their violence into the real world?  What are the implications of misogyny that is overtly politicized and aimed at an actual candidate running for office? It’s about big things, I like to think, but about how those big things play out on a local and individual level. And when you look at the modern political thriller as a genre, at the books that do get published, I think it’s safe to say that the majority of them are high-concept and plot-driven and action-packed. They are about global conspiracies where the stakes are unimaginably huge, and the politics are a backdrop to the action. In general, these books aren’t about politics as we citizens experience them. The “political” part of the thriller has been stripped of actual political ideology, decisions and consequences.

Why is this, I wonder?

I think for most Americans, politics is something so removed from their lives that the actual American political system and how it works is not a real process to them. Politics is something observed, a form of entertainment at best. A spectacle. Why else were so many voters, and so many members of the media, enamored with a candidate whose persona was largely crafted by reality TV?

Current political thrillers are by and large removed from our daily lives, taking place at an exotic, entertaining distance, the realm of heroic characters who are almost all men.

Our political fiction reflects this estrangement from our political process. Current political thrillers are by and large removed from our daily lives, taking place at an exotic, entertaining distance, the realm of heroic characters who are almost all men.

I’d like to think that change is coming. Women are running for office in record numbers. Maybe with these real-life examples, it will be easier to imagine women in leading roles of a new era of political thrillers, one that more directly engages with political reality. One that wrestles with the specific problems that female leaders face, the ridiculous tightrope that women seeking power have to walk, the prejudices that place them in a straightjacket of acceptable behavior and hold women to a ridiculous double-standard that assumes the worst and shrugs at the transgressions of powerful men.

In the meantime, we could read What Happened, by Hillary Clinton, truly a political thriller with a strong female protagonist. Though I’m guessing that if her campaign memoir were presented as fiction, we’d reject it for being too on-the-nose, or unbelievable.

A reality-show TV star installed as President thanks to weaponized sexism, racism, xenophobia, voter suppression and oh yeah, Russians? Are you kidding me?

No editor would buy that.

Are there women-centered political thrillers out there I should know about? Help a terrible list-maker out and leave your suggestions in the comments!

Lisa Brackmann is the New York Times best-selling author of the Ellie McEnroe novels set in China and the thrillers Getaway and Go-Between. Black Swan Rising, her new book about misogyny, mass shootings, and polarized politics, is now out from Midnight Ink Press. She lives in San Diego with a cat, far too many books and a bass ukulele. 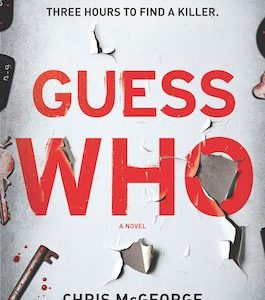 A face at the end of the bed. Blonde. A girl—twenties. Looking like he felt—confused and pale, her eyes filled with panic....
© LitHub
Back to top