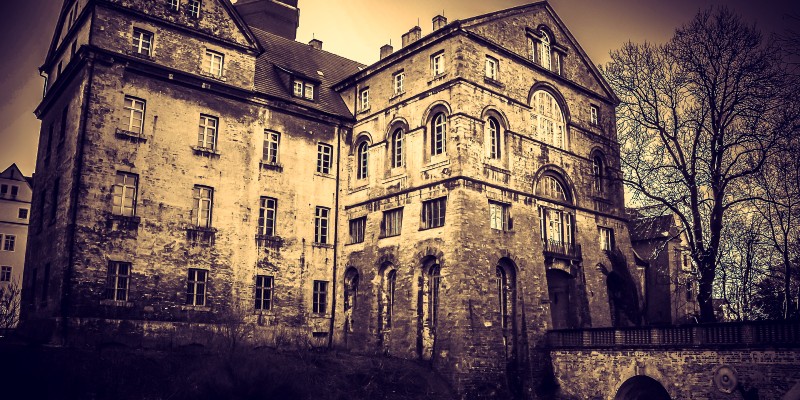 Or, How to Build a Haunted House Mystery from the Ground Up

My idea of heaven: cracking open a haunted house mystery novel on a cold snowy eve, a glass of Pinot by my side and a crackling blaze on the hearth. Though none of the four novels I’ve written have featured a home imbued with spooks and spirits, they’ve all included settings that contain elements of the classic haunted abode: unease, discomfort…a chill on the back of the neck as one realizes he is no longer alone in the room.

Of course, not all ghost stories feature a malevolent spirit intent on wreaking havoc on the living; there are some lovely novels that feature ghosts that are sad rather than mad, more unsettled than vengeful. Those books can be enjoyed in the bright light of day, perhaps with a nice sandwich and a glass of lemonade. But if you like your haunted houses a bit darker, a little less safe, read on for this writer’s perspective.

If I were to write a haunted house novel, I know where I would start: the setting. The canon practically demands a stately manor from the pages of a historical register or an architectural study, all turrets and gables and perhaps a few strange windows that seem a little too much like eyes. Long hallways, flickering light from an early electric bulb or a candle, rooms with furniture shrouded in sheets . . . and nooks, so many nooks, to hide in.

Of course, as a writer, half the fun is thinking outside the box. The haunted Victorian manse has been done, quite literally, to death. Let’s shift our perspective, move our ghosts to a new locale. What about a small cabin in the deep, dark woods? Bad enough to find yourself in the company of ghosts in a suburb; imagine realizing there is no one for miles to help you . . . or hear you scream. In fact, why limit ourselves to a building at all? One of the most supposedly haunted places on Earth is the retired ocean liner R.M.S. Queen Mary. The Queen sailed the high seas for over thirty years, including a stint as a World War II troopship. Thousands of people have strolled her polished decks and more than a handful, some say as many as fifty, have died aboard her.

At least in the woods, you can run.

Imagine being in the middle of the Atlantic Ocean . . . what are you going to do, out swim a ghost?

After place, comes death. Ideally multiple deaths, or at least a couple . . . but even one really good death can provide enough shivers and thrills to carry a novel. The death should be untimely, unjust, or unfair. After all, it’s not Dear Old Grandpa who lived to the ripe old age of 96 and died in his bed who comes back to seek vengeance from the living. No. Never. Not going to happen. Houses are haunted by those who were wronged by their death, by those who feel so attached, so connected to a place that they simply cannot quit it. Think Amityville Horror by Jay Anson, a fiction novel based on purportedly true events in Long Island, New York. In the story, a couple and their three children move into a house just over a year after a man killed six members of his family inside it. Not surprising to anyone (except perhaps the new owners), strange and disturbing things begin to happen.

The house has to come with a history and it’s the people who live within the walls, under the roof, that the history builds up around.

We’ve touched on place and death. Now we need the flesh and blood of our story, a hero . . . or at least someone to provide a human element. The best haunted house story protagonists are residents new to the house or area . . . they should be young but not too young, rather naïve, and in possession of at least a few psychological challenges or character deficits. For instance, in Stephen King’s classic The Shining, a middle-aged school teacher agrees to take a job as a hotel caretaker over the winter. Seems straightforward enough; the hotel’s stocked with supplies and there are no guests. What could possibly go wrong?

The caretaker, Jack Torrance, is an abusive, alcoholic nightmare and his son Danny has psychic powers. Once the snow starts falling, that whole thing about “no guests” goes out the window as murdered twin girls and other spirits come out to play. Here’s why the story works, though: anyone with half a wit would get the hell outta there. But Jack Torrance can’t leave; his history and his own psychoses keep him bound to the Overlook.

The fourth, and final element to consider when building a haunted house mystery is what I like to call “the old bones.” By that, I mean the strongly developed and fully fleshed out (no pun intended) former owners. They may be living, they may be dead, they may be the ghosts of the story themselves . . . but the house has to come with a history and it’s the people who live within the walls, under the roof, that the history builds up around.

There are exceptions to this, of course. New builds are rarely haunted, though Anne Rivers Siddons’ excellent The House Next Door bucks this trend. In Siddons’ novel, bad, bad things happen after a gorgeous home is built in a fashionable suburb of Atlanta. For those who move in soon find themselves in the midst of tears, blood and even death.

For more scares and thrills, check out a few of the following excellent haunted house tales and my one sentence synopsis for each:

Shirley Jackson’s The Haunting of Hill House—A house that takes possession of its occupants.

Henry James’ The Turn of the Screw—Gothic fiction at its best when a governess encounters ghosts. Or does she?

Hell House by Richard Matheson—One night in this house is one night too long.

Emily Littlejohn writes the Gemma Monroe Mysteries series, set in the lovely but deadly fictional town of Cedar Valley, Colorado. Her debut novel, Inherit the Bones, was a Colorado Book Award Finalist. She lives along the Front Range with her growing family, enjoying the beautiful outdoors as much as possible. Her fourth book, Shatter the Night, is now out from Minotaur Books. 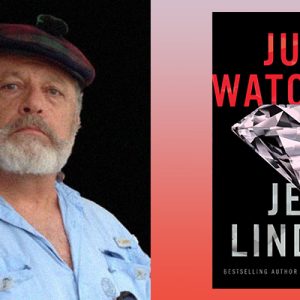 Jeff Lindsay, the pen name of author and playwright Jeffrey P. Freundlich, is best known as the creator of the wildly popular...
© LitHub
Back to top