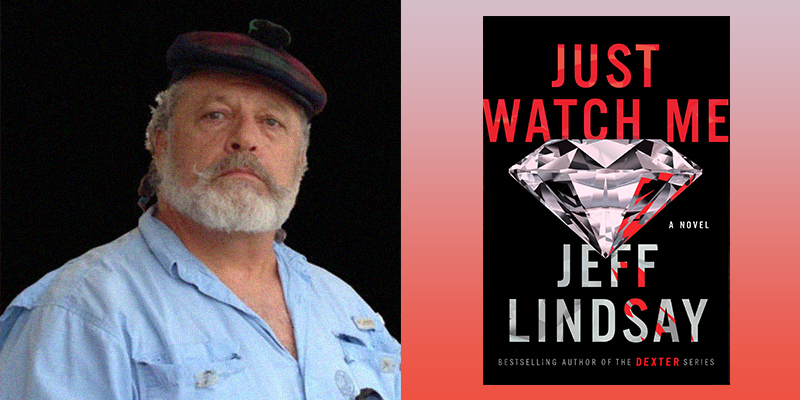 Jeff Lindsay, the pen name of author and playwright Jeffrey P. Freundlich, is best known as the creator of the wildly popular Dexter novels, which were so memorably adapted for TV by Showtime and enjoyed an eight-season run to go alongside the books. But Lindsay is a man of many talents and new projects. His latest book is the launching point for a brand new series—and a new anti-hero. Just Watch Me introduces us to rakish cat burglar Riley Wolfe. The gentleman thief is on a mission: to steal the crown jewels of Iran. Lindsay was kind enough to answer a few questions over email about his new book, his Dexter series, and his approach to the craft of writing.

CrimeReads: Just Watch Me is the first in a new series—was it refreshing to get away from Dexter, or do you miss him already?

Jeff Lindsay: Of course I miss him. We were together for a long time, and we’d gotten used to each other. It was a very durable, very comfortable relationship—and that was part of the problem. Comfort is the enemy of quality.

What drew you to the Crown Jewels of Iran? Are they particularly difficult to steal?

They are very hard to steal—and they are absolutely gorgeous, too. It’s one of the world’s great treasure hoards. In fact, some people will tell you it has no equal. And the political angle was appealing, too. It adds a big dose of danger and difficulty.

The character of art forger Monique is very cool. What’s something surprising you learned when researching her occupation?

Believe it or not, I already had one foot in that pool. I grew up in art galleries and around artists—my father was a painter and a college arts dean. He’d been telling me for years to watch for fakes, what to look for and so on.

We’re living in an era of unreliable/unlikeable narrators; do you see Dexter, as a cheerful antihero, as part of that continuum? And what’s your advice for getting readers on the side of a rather dark protagonist?

Originally, I thought Dexter was a horrible person. I mean, he actually does kill people—and whatever excuses you make about him, he does it for fun. But at my very first meeting with the publisher, I was cornered by a cluster of marketing yentas, who told me, “I have such a crush on Dexter.” Turns out a lot of people did. For making somebody like that likeable? There are lots of cheats. Dexter likes kid. He brings doughnuts. He’s polite and funny, and he makes shrewd observations about the Humans he’s interacting with.

As a followup, who are some of the antiheroes who paved the way for Dexter to exist?

I don’t know. I was going off reality.

What draws you to crafting series, rather than stand-alones?

I read so many great series when I was growing up, from Edgar Rice Burroughs and Rex Stout up through John D. MacDonald. I thought that would be a great way to make a living.

As someone who’s successfully finished a series—how do you know when it’s over?

I knew it was over when my wife told me it was over. She said I would get bored with it soon. I hadn’t yet, but it was on the horizon, and I always promised my readers I would quit if I started to just phone it in. So I quit before that happened.

What’s the best piece of writing advice you ever received?

My high school English teacher—he was a brilliant man, and I wanted to impress him. I wrote an essay for him about wanting to be a writer. I said, “I want to emulate the verbiage of great writers.” He circled that in red, and beside it he just wrote, “One mustn’t.” That’s so true in a lot of different ways.

What’s the most bizarre piece of research you ever did?

For Dexter Is Delicious I researched contemporary American cannibalism. Yeah, it’s a thing. I found out there are people who actually want to be cooked and eaten. I can understand almost anything else, but that—I have to admit, it threw me off for a few days.

What’s the question you wish you got asked more?

“Would you like a lot of money for no apparent reason?” 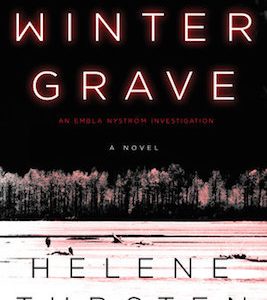 “So we’re supposed to sit here and wait until that asshole and his son feel like turning up? Why the hell didn’t you stand...
© LitHub
Back to top