I can pinpoint with complete accuracy when my obsession with English country houses began. C.S. Lewis is to blame. My mother was a school librarian and she would supply me with a steady stream of books which I devoured—and they were exciting enough, I’m sure—but it was ‘The Lion, The Witch and The Wardrobe’ that stopped me in my tracks. Here was something I’d never encountered before. Four children sent away to a strange and deliciously mysterious house in the English countryside.

And it wasn’t just any house. It belonged to an eccentric professor and was old and vast and had endless rooms to explore, each one filled with possibilities. I’m going to confess something now that is shameful—I was slightly disappointed when Peter, Susan, Edmund, and Lucy passed through the wardrobe into Narnia. Yes, Narnia was magical and who doesn’t love a talking lion, an evil queen and a lifetime supply of Turkish delight? But my heart was back in the Professor’s country house. There were mysteries there behind every closed door, every dark corridor, every creaking staircase, not to mention the woodlands all around and what they might offer. For me, this was the stuff of wonder.

I was a child of suburbia, living on the east coast of Australia. The sun was blinding, the dry grass in our yard practically hissed under the relentless heat, and my house didn’t have endless corridors of unexplored rooms, dusty objects, bundles of old letters in hidden drawers or even a staircase. It had bunk beds, new carpet, and a pair of green beanbags. So the romance of a cool climate, an emerald countryside and a huge old house nestled in splendid isolation was intoxicating.

As I read those opening chapters, a great country house carved its way into my imagination and I’ve been exploring it ever since. As a writer, each of my middle grade books has featured a secluded country house and now with my first work of adult fiction, ‘The Boy at the Keyhole’, I am back there again. This time, trapping a nine year old boy in a once great country house with only his mother’s morally ambiguous housekeeper and his own dark thoughts. The power and possibility of the English country house is all that it conceals, its history and secrets, its locked doors and hidden rooms, its ghosts and memories, only a grand old house in the country can hold these things with ease and make us believe.

Like most readers, I grew and matured and my literary tastes evolved, but I still found myself reading about other mysterious houses set in pastoral England. There are so many to pick from—countless volumes written by Agatha Christie alone—but I have always had a soft spot for the gothic. Some are masterful while others are hilariously melodramatic. I’ve listed a few below but my selection reflects my personal taste and is in no way comprehensive. What they have in common, aside from the grand country house, is a sense of dark possibility that I find utterly enthralling. It makes me lean in as I read, pushing further into each house, hurrying around the next corridor or up a rickety staircase or down into a cellar. And while my house will look different to yours, they will both share a sense of mystery and wonder that make reading about these homes such a powerful experience. 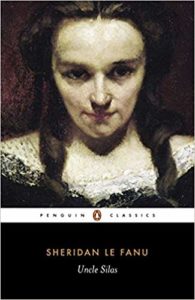 This novel is a slow burn and I love it very much. More than anything else it is a story of atmosphere and mood, brilliantly capturing a sense of impending darkness, of the evil lurking in every thick shadow. Our heroine is the teenage Maud Ruthyn, who following the death of her father, is sent to live with her sinister Uncle Silas at his forbidding gothic mansion in the countryside Bartram-Haugh. This house is everything you could hope it to be – vast, dimly lit, capable of emitting terrifying sounds in the dead of night. Throw in an evil French governess, a locked room connected to a suspicious suicide and an heiress whose death would be a financial windfall for her debt ridden Uncle and you have all the elements of a brilliant nineteenth century mystery. 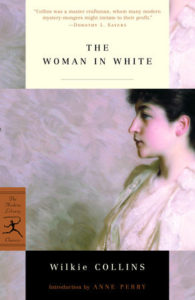 The Woman In White by Wilkie Collins

This is a classic obviously, the first bonafide mystery novel, and still widely read today. I adore its melodrama and the unravelling plot – madhouse escapees, doppelgängers, illegitimate heirs and an evil count who is one of my favourite literary villains. It’s got the lot. But for me, it’s really all about the house. In this case it’s Limmeridge House in Cumberland and in my imagination it’s a very different kind of country dwelling than the brooding manor house of Uncle Silas – this one is sun dappled and bright, with glorious windows diffused with morning light. The darkness at the heart of ‘The Woman in White’, and it’s gets dark, has a deeper menace for me because it has its beginnings in such a gloriously bright country house. 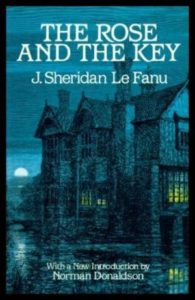 The Rose and the Key by J. Sheridan Le Fanu

Another slice of sensation fiction by Le Fanu with another heroine named Maud and this one is completely unhinged in the best possible way. Young Maud’s mother is wonderfully diabolical and seems to despise her daughter, though we don’t know why yet. Mommy Dearest sends Maud away for a weekend in the country to a lovely secluded mansion. The house is stunning, set inside a walled garden that I’m certain contains a large fountain and possibly a gazebo—only, it’s less of a warm country house and more of a mental institution. Even better, Maud doesn’t realize she’s in a madhouse for at least fifty pages. The unfortunate girl is convinced she’s actually visiting an aristocratic family and has a lovely time with the other inmates. Things of course take a sinister turn but even as the horror sets in, I am filled with daydreams about the stunning country house where poor Maud is trapped. 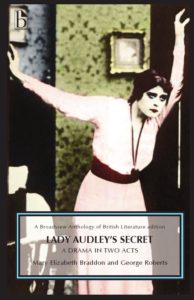 This one is a potboiler with all the trimmings and has at its heart murder and mystery bound up in the figure of Lucy Graham, who marries the older and very wealthy Sir Michael and moves to his country estate, Audley Court. The plot is of the melodramatic and breathless variety and is fun in its own way, but what I love most about this book is that Audley Court comes alive so vividly—it is a majestic slice of bucolic grandness that should offer Lucy the fresh start she so desperately yearns for. But as with any self respecting country house in 19th century fiction, it will not hold her secrets for long. 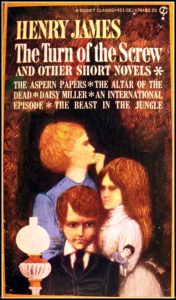 Turn of the Screw by Henry James

The storyline sounds like a well worn trope—an unworldly governess is sent to a remote country house to care for two children. Isolation, madness and supernatural hijinks abound. But this short work is no cliché and what I love is that because the narrative is so pared back, so spare, we are forced to imagine the old house, an estate called Bly, for ourselves. Though there is endless conjecture and debate about what lies at the heart of this story—is it sexual repression? Repressed rage? A possessed child?—for me, the real source of menace is the house itself. It sits there less as a witness to the governess’ unravelling and more as the agent of all the menace that slowly consumes her. Though a short work, it packs a mighty punch.

Is there a more compelling house in all of literature than Thornfield Hall? It is the archetype of a thousand imitations – every house that goes bump in the night, every gloomy mansion that hides a deranged inhabitant, every cold and unwelcome country house brought back to life by a spirited newcomer. They all have Charlotte Brontë’s Jane Eyre to thank for there existence. For me, the magic of Thornfield Hall is that despite the palpable sense of homicidal menace oozing from every shadowy corner, this is a house you want to explore and understand. It lures you in with the promise of mystery behind every door, chills you to the bone with what you find there, and makes certain you never want to leave.

Ah Manderley. This country house has seeped into our collective consciousness via countless pop culture references. Even people who have never opened this book are somehow vaguely aware of Manderley and its wonderfully demented housekeeper, Mrs Danvers. I confess that I first discovered this story through the Hitchcock film of 1940, catching it on television one rainy Sunday afternoon. Like any thirteen year old boy with penchant for melodrama and murderous obsession, I was bewitched, not just by the inhabitants of Manderley but by the great house itself. It sits by a beach, gorgeous and unfathomable, the sea perfectly embodying the churning tides and great storms that engulf this doomed estate. The magnetic pull of Manderley bewitches all who enter it, and rather like the second Mrs de Winter, it is a house that will haunt your dreams if you let it.

Stephen Giles is the author behind the Ivy Pocket children's series, which has been translated into twenty-five languages. He lives in Australia. The Boy at the Keyhole, now out from Hanover Square Books, is his first work for adults. 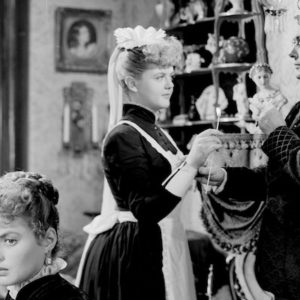 The scene is in black and white: a Victorian bedroom with a squared-off canopy bed is lit by flames from the sconces on the wall....
© LitHub
Back to top