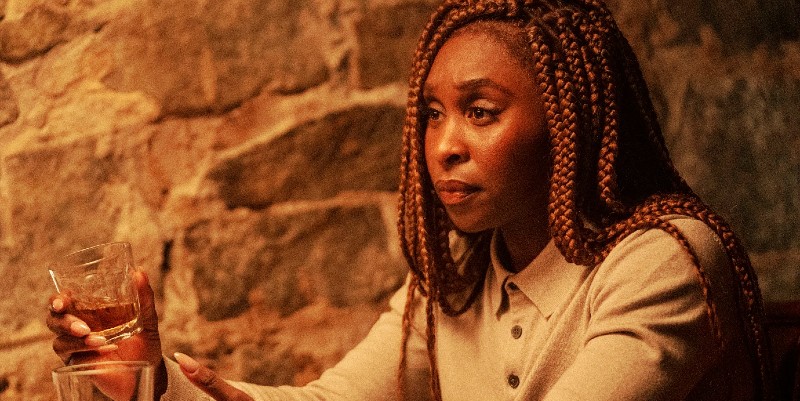 The Evolution of the "Mildly Autistic Super-Detective"

A trope finds its way toward authenticity.

In a 2014 episode of the NBC sitcom Community, Abed Nadir (Danny Pudi), a character who was hinted to be on the autism spectrum throughout the show’s run, is asked if he can help determine the identity of a man dropping a coin down the back of people’s pants (it’s a long story).

“Abed, you’re… special, can’t you stand at the scene of the crime and see what happened?” the community college’s dean (Jim Rash) asks.

The episode’s credits sequence reveals this is intended as a reference to the then-current series “Hannibal” and “The Bridge” (more on both later), but there are any number of characters the joke evokes.

One of the most famous, of course, is one of the most famous detectives in pop culture, Sherlock Holmes, even though he was created decades before our modern understanding of autism. Holmes is often cited as manifesting symptoms of autism, including social difficulties, narrow, focused interests and bluntness.

Benedict Cumberbatch’s modernized portrayal of him in the BBC’s Sherlock only enhances these aspects, to the point that Martin Freeman’s Watson references his “Asperger’s” offhand in the show’s second season.

The notion of a disability as a superpower predates our modern understanding of autism as well; in the Middle Ages, the developmentally disabled were thought to be “touched by God.” Despite the idea being outwardly complimentary, it masks a counterproductive “othering” that affects real disabled people in pernicious ways.

“While the cultural fantasy of the autistic detective may seem to dispel the darker fantasy of those with cognitive disabilities as dangerous criminals and social problems, such detective figures may actually work to reinforce these stereotypes,” Sonya Freeman Loftis of Morehouse College wrote in “Disability Studies Quarterly” in 2014.

“Furthermore, the presumably redemptive fiction of the autistic hero often proves oddly dehumanizing: even as his incredible feats of deduction are praised as a work of genius, Holmes is objectified by his beloved Watson, who constantly compares the brilliant sleuth to machines and repeatedly describes him as ‘inhuman,’” Loftis wrote.

In recent years, however, a subtler breed of mildly autistic super-detective (MASD) has emerged, with some refreshing, non-stereotypical characteristics. They are often women, far less likely to utilize their autism as a crime-solving superpower, and have (gasp!) distinct personalities beyond their symptoms. They are, in other words, recognizable human beings, of the kind that attracted a lot of people, including autistic people like myself, to the genre in the first place.

Between here and there, of course, we must discuss Hugh Dancy’s portrayal of Will Graham on NBC’s Hannibal, a sort of transitional phase for the character. Will himself speculates that he is autistic in the series’ 2013 pilot, although creator Bryan Fuller would later backtrack from this and it does not come up again in the series. 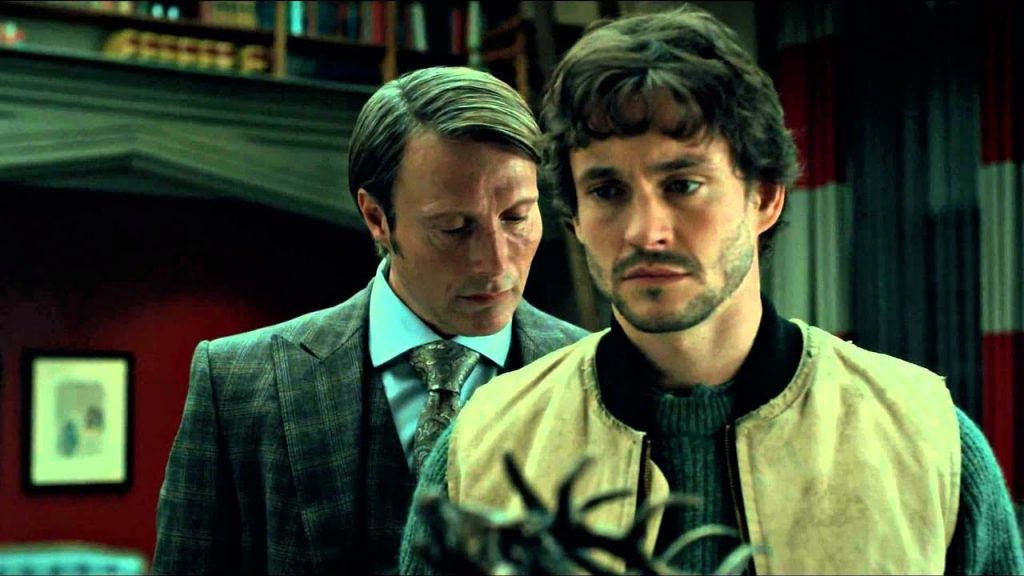 First and foremost, yes, Will’s autism is for all intents a superpower on the series, in the form of his preternatural empathy allowing him to envision, in rich detail, the commission of the murders he is tasked with investigating, and to understand the killers’ “design.” Despite the aforementioned dehumanization inherent in this depiction, it’s a step in the right direction thanks to its departure from the common myth that autistic people lack empathy.

Will’s autistic traits crop up in far more realistic ways as well; in Red Dragon, Thomas Harris writes “[Graham] could see and hear better afraid; he could not speak as concisely, and fear sometimes made him rude. Here, there was nobody left to speak to, there was nobody to offend anymore.”

Will’s asocial tendencies are also how he comes under the thrall of the titular serial killer, whose sinister nature is obvious to the viewer but who Will perceives as his psychiatrist, a benevolent figure of authority worthy of implicit trust.

The same year Hannibal  debuted saw a far more realistic depiction of autism in the crime genre, in the form of Det. Sonya Cross (Diane Kruger) on FX’s The Bridge, an Americanized remake of the joint Danish/Swedish series “Bron/Broen.”

Sonya, an El Paso, Texas, detective is forced into an unlikely alliance with a far more easygoing, streetwise Mexican counterpart after a body is discovered at the exact midway point of the Bridge of the Americas connecting El Paso with Ciudad Juarez.

Cross’ autism doesn’t help her crack the case; indeed, it’s often a hindrance, in that her habits, such as changing her shirt in the middle of the police station or asking a one-night stand why he’s come to the station because she “can’t have sex at work.”

A lesser show might turn this into a running joke about how Sonya is unbearable to be around, but The Bridge is deeply sympathetic, and empathetic, toward Sonya, which comes through in the scenes where her commanding officer and mentor Hank Wade (Ted Levine) gives her guidance on connecting with her fellow humans. Sonya’s autism is an identity, but not her entire personality. 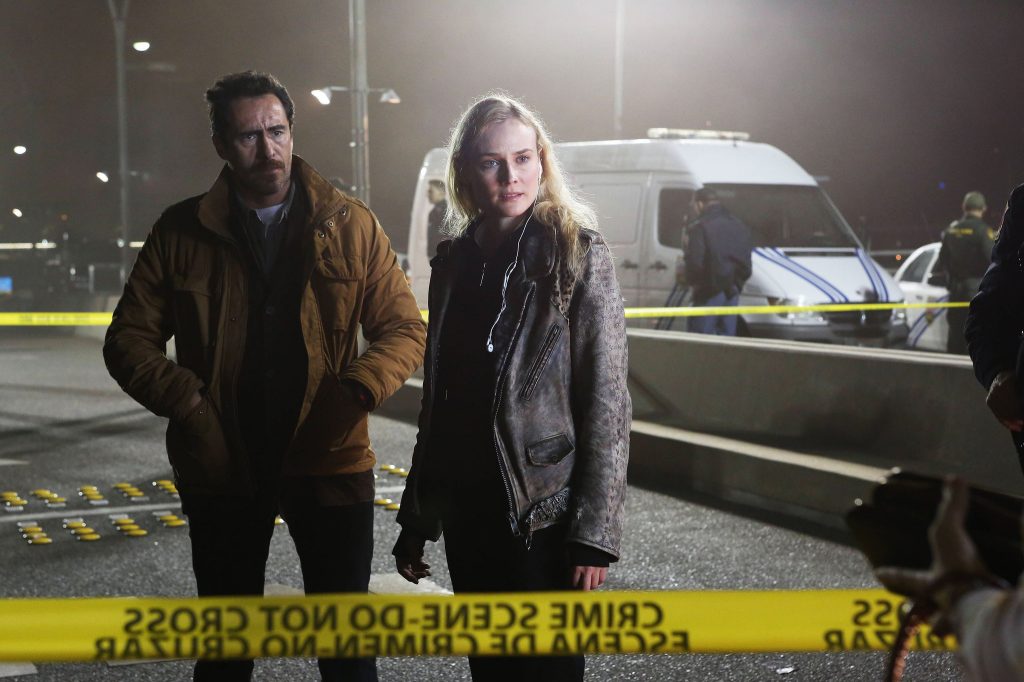 This wasn’t an accident; Kruger prepared for the role by consulting with Alex Plank, founder of the autism-focused site Wrong Planet, for the role.

“She requested I be there on set and I ended up being there whenever she was and made sure we caught any issues during filming as well as made sure we were authentic as far as her character’s behaviors and mannerisms and even expressions,” Plank said.

“Diane really wanted to get it right and relied on me quite extensively to ensure that everything she did was authentic. We spent a ton of time together. I remember she said during a few interviews that she spent more time with me than she did with her boyfriend during the making of the show,” he added.

In 2020, we got an even more nuanced depiction of the MASD in HBO’s adaptation of Stephen King’s novel The Outsider. Private investigator Holly Gibney (Cynthia Erivo), who also appears in King’s Bill Hodges trilogy, is also never explicitly identified as autistic, but all the signifiers are there—she has a flat affect, minimal social skills, and is introduced identifying passing cars by make and model.

Holly is a three-dimensional person, not just a pile of quirks arranged in the shape of a woman.

However, much like Sonya, Holly is a three-dimensional person, not just a pile of quirks arranged in the shape of a woman. Like Sonya and Will, she’s allowed to show emotional vulnerability, and in a neat trick, she uses her powers of observation to do it. When she concludes her first meeting with Det. Ralph Anderson (Ben Mendelsohn) in a dive bar, she tells her she can tell he doesn’t like to drink, but did it to make her feel more comfortable, for which she thanks him.

Holly also varies from the standard MASD in that she’s not a rigid logician who only thinks in terms of empirical evidence—in her collaboration with Anderson to identify the malevolent entity of the title, she’s the Mulder to his Scully. 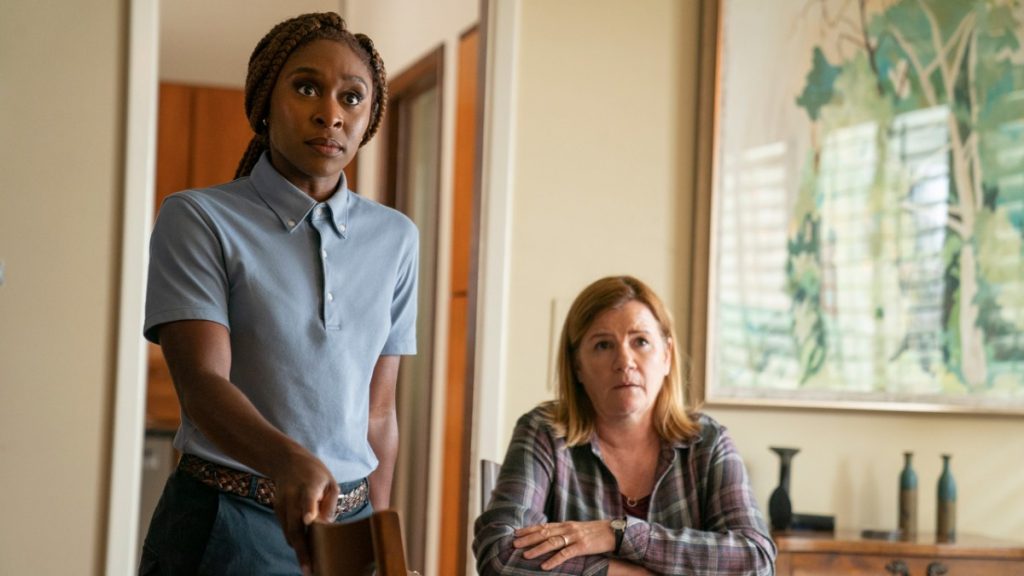 “When the facts before you are so filled with uncanny coincidences that perhaps the first step to seeing things clearly is not to find a way to dismiss those facts, but to expand your sense of what reality might entail,” she tells him. Combined with her religiosity—and, indeed, her status as a woman of color—it’s a rare, welcome reminder that autistic people contain multitudes, regardless of how they may typically be depicted.

And as autistic journalist Sara Luterman notes,  the show even gives Holly a romantic storyline through retired cop Andy Katcavage (Derik Cecil), one who meets her halfway in the relationship instead of weaning her off of her symptoms to make her a better partner as is often the case in such depictions.

In one of the most meaningful little moments on the show, in the Dennis Lehane-penned seventh episode “In the Pines, In the Pines,” Andy and Holly have an exchange in which she briefly appears annoyed with him. Andy looks mortified, and then Holly breaks into a grin as Andy chuckles that she had him going. It’s one of the only acknowledgments I’ve ever seen in fiction, crime or otherwise, that autistic people can be funny and yes, even troll you when we want to.

There is, of course, another MASD who predates any of the above characters except for Holmes, but that aspect of her wasn’t discussed in-depth even as she became an international phenomenon: Lisbeth Salander, the titular Girl with the Dragon Tattoo, who is implied to be on the spectrum at multiple points in the late Stieg Larsson’s original Millennium Trilogy, including characters speculating about it in the dialogue.

It may seem counter-intuitive to bring up Salander in any purported discussion of realistic characters; she’s a badass punk-rock tattooed super-hacker, motorcyclist and private investigator who at one point beats a serial killer half to death with a golf club.

At the same time, however, Salander brings a lot to the table that almost never pops up in portrayals of autism: she’s unapologetic about her sexual desires, for one thing, and in her desires on a broader, more general level.

She has emotional needs and complicated relationships with people and feelings to hurt, as indicated by her estrangement from Mikael Blomkvist, the crusading journalist who is the series’ nominal protagonist. And, in a smaller touch that nonetheless feels deeply authentic to an autistic person, in a scene where she’s splurging after an unexpected financial windfall, she mostly just stocks up on the frozen food she almost exclusively subsists on.

Crucially, the series also makes no bones about the institutional horrors autistic people face; made a ward of the state after attacking her abusive father, Salander is sexually abused by her legal guardian, who understands that both her neuroatypicality and her queerness make her the “ideal” victim.

When she is framed for murder, the witnesses for the prosecution take advantage of her quirks and idiosyncrasies to spin her as a danger to herself and others, which will ring familiar to anyone on the spectrum who’s ever watched cable news breathlessly speculate about a mass shooter.

The MASD, even the more realistic versions, are not the end-all be-all of autistic representation in fiction. They’re still extraordinary people, by and large, and involved in extraordinary goings-on. But characters like Sonya Cross and Holly Gibney show that the genre—which, after all, has a long history of tackling issues far more complex than the question of whodunnit—is evolving with us. 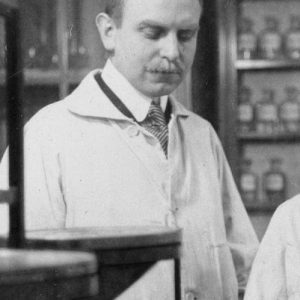 In the August 7, 1945 issue of the New York Times under the headline: FIRST ATOMIC BOMB DROPPED ON JAPAN; TRUMAN WARNS FOE OF A ‘RAIN...
© LitHub
Back to top