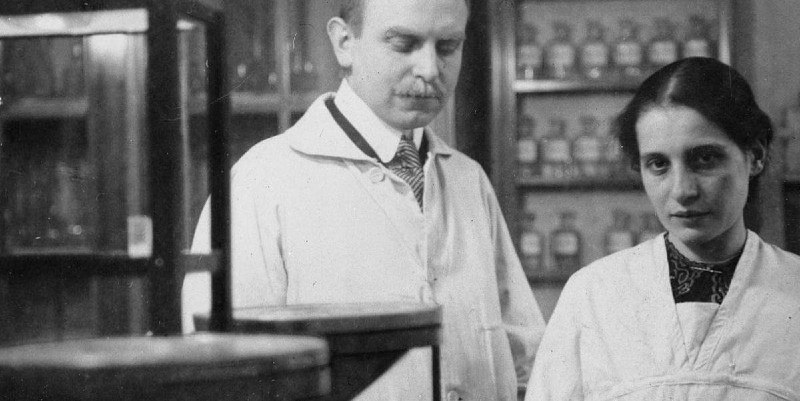 She split the atom and fled the Nazis. History tried to erase her.

In the August 7, 1945 issue of the New York Times under the headline: FIRST ATOMIC BOMB DROPPED ON JAPAN; TRUMAN WARNS FOE OF A ‘RAIN OF RUIN,’” an article traces the simultaneously terrifying and wondrous development of the atomic bomb, its scientific history, and the race between the Allies and the Germans to attain the ultimate weapon. Somewhere under the fold, buried in a dense paragraph, this sentence appears: “The key component that allowed the Allies to develop the bomb was brought to the Allies by a female, ‘non-Aryan’ physicist.” Who was this woman? Who was the female Jewish physicist responsible for the single most important scientific discovery of the twentieth century whose work had, literally, changed the world? And why isn’t her face staring out of every science textbook?

So began a ten-year quest that took me deeply into the history of the atomic bomb, and the physics that propelled it. My mystery woman was Dr. Lise Meitner, an Austrian female scientist, a Jew, working at the highest levels of research at the Kaiser Wilhelm Institute in Berlin. I tore through her diaries and letters and discovered that her primary focus, along with that of her long-term partner, Otto Hahn, was radioactivity and nuclear physics. She and Hahn were on the verge of a ground-breaking discovery when Austria was annexed. Meitner’s privileged position, and all the protections her colleagues had promised, evaporated within six terrifying hours, as she fled Berlin within hours of being captured and sent to the camps.

Otto Hahn remained in Berlin and was named interim head of the Kaiser Wilhelm Institute “until a loyal Nazi could be found to take over.” But Hahn was so dependent on Meitner that he continued to collaborate with her, even after she’d fled to Sweden. He met with her in secret and sent her, on postcards via courier, the results of experiments they’d designed together. It was Meitner not Hahn, who analyzed the results and recognized that they had split the atom. The notion that a nucleus can split and be transformed into another element was radical; no one had fathomed it before. Meitner provided the first understanding of how and why this had happened.

Because Meitner was Jewish, the paper Hahn published in Germany did not have her name on it. Hahn might have been motivated by the fact that, if they paper had had borne her name, it would have been discredited as “Jewish Physics,” and he certainly was aware that including a Jewish woman on the paper would cost him his career in Germany.  So, he published without Meitner, falsely claiming that the discovery was based solely on insights gleaned from his own chemical purification work, and that any insight contributed by Meitner played an insignificant role.

In his paper, Hahn had trouble explaining “his” findings; it was Meitner, in a letter to the editor of the publication Nature, who explained the mechanism of “Hahn’s discovery.” After the war, when Hahn was awarded the 1945 Nobel Prize for the discovery of nuclear fission, he conveniently left the record uncorrected, robbing Meitner of the Nobel Prize she rightfully deserved. In Meitner’s diaries, she writes about sitting in the audience at the Nobel Ceremony, hoping that Hahn would mention her name: he did not.

Her disappointment was palpable, but it was accompanied by a kind of resignation, and a self-deprecating justification of Hahn’s omission. Hahn rationalized her exclusion and others, including a misogynist Nobel committee, buried her role ever deeper. The Nobel “mistake,” was never acknowledged, much less rectified.

In Meitner’s diaries, she writes about sitting in the audience at the Nobel Ceremony, hoping that Hahn would mention her name: he did not.

In 1945, at a dinner for the Women’s Press Club, President Harry Truman honored Meitner’s accomplishments with a back-handed compliment, “So you’re the little lady who got us into this atomic mess!” Such sexism and condescension weren’t new to Meitner. She’d endured them patiently and without protest since the day she gave her inaugural speech as a University Lecturer and the press jokingly reported the topic of her speech as “Cosmetic Physics” instead of “Cosmic physics.”

“I was known as the woman the all-male chemistry department did not want to hire; under such circumstances one becomes, and remains, a feminist,” Meitner wrote.

In photographs, Meitner has the diminutive delicacy of Ruth Bader Ginsburg, a fragile beauty that makes her easy to underestimate. She also has the steely gaze of a fierce warrior; someone who will follow her principles wherever they lead. I like to imagine her at that Women’s Press Dinner, dainty frame perched in the seat of honor, cuffs of lace encircling her tiny wrists, her mouth in a practiced smile as she struggles to suppress an eye-roll at Truman’s diminishing praise.

The past, alas, cannot be rewritten, no matter how much writers try. The Nobel committee, despite the fact that Meitner has received 47 nominations for the Nobel Prize, far more than Otto Hahn, continues to deny her the Nobel claiming that Prizes cannot be awarded posthumously. Hahn’s reasons for refusing to acknowledge her contribution died with him. Perhaps he couldn’t handle Meitner’s scathing criticism of those who had stayed behind in Nazi Germany. Perhaps he was an insecure man who felt too guilty or too wounded to correct the lie that he’d told, so he convinced himself that it was the truth.

Lise Meitner never severed contact with Hahn, nor did she betray her principles. Towards the end of her life, she wrote, but never sent, a devastating letter to her former partner and friend. In it she wrote, “Those blessed with a brilliant mind and a gift for science have a higher duty that comes before discovery, a duty to humanity. Science can be used for good or evil; so, it’s incumbent upon scientists to ensure that their work makes the world a better place.”

Meitner died in 1968 in Cambridge, England; she was 89 years old. The epitaph on her gravestone, written by her nephew Otto Frisch, reads, “Lise Meitner: a physicist who never lost her humanity.” 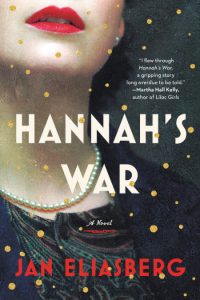 Jan Eliasberg is an award-winning writer/director. Her prolific directing career includes dramatic pilots for CBS, NBC, and ABC, such as Miami Vice and Wiseguy; countless episodes of television series, including Bull, Nashville, Parenthood, The Magicians, Blue Bloods, NCIS: Los Angeles, Supernatural, and dozens of others; as well as the feature film Past Midnight, starring Paul Giamatti, the late Natasha Richardson, and Rutger Hauer. Eliasberg also has a storied career as a screenwriter, writing films driven by strong female leads, including Fly Girls about the Women Air Service Pilots in WWII for Nicole Kidman and Cameron Diaz at FOX 2000, among many others. Her latest novel is Hannah's War, now available.

The Evolution of the "Mildly Autistic Super-Detective" 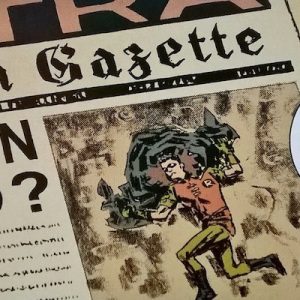 Whether it’s Gotham City, Metropolis or Marvel’s version of New York City, it’s hard for the public to know what’s really going...
© LitHub
Back to top