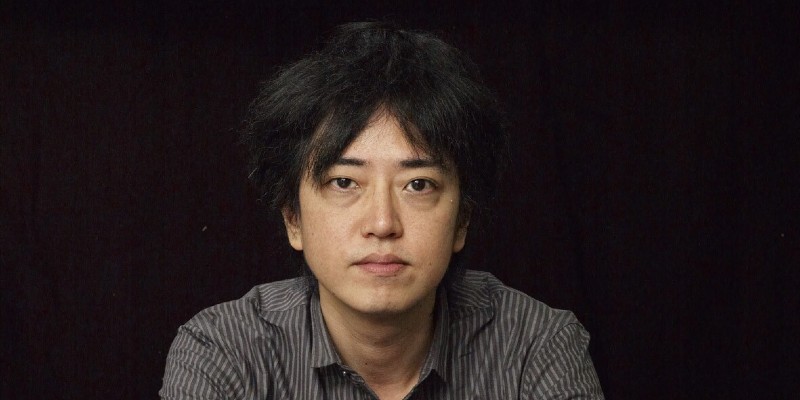 The Japanese author is winning international acclaim for his stripped-down, psychologically complex fiction.

Norman Mailer ridiculed novels that fully rely on plot as “heinous.” The two time Pulitzer Prize winning author of The Naked and the Dead, The Executioner’s Song, and Harlot’s Ghost asserted that the problem with plot is that it becomes a “bed” into which the protagonist must fit. The novelist has to “stretch” the character to unnatural lengths, or “cut him off at the knees.”

Crime literature has a conflicted relationship with plot, and most classics of the genre showcase their authors ability to avoid the trap that Mailer aptly describes. Perhaps, most famously, many of Raymond Chandler’s novels have plots that are razor thin, and barely discernible. Georges Simenon wrote crime novels in the procedural school – the Maigret detective series – but also a large number of “roman durs,” character-driven “portraits of deviance,” to quote the author himself. Too little plot in the crime genre can often bore readers, while too much plot, as Mailer would have it, makes the stories feel convoluted and unrealistic.

Japanese crime novelist, Fuminori Nakamura, writes in the afterword to the English translation of his new novel, My Annihilation, that he has attempted “explore at length” questions about “what it means to be human, and what it means to exist in the world.”

Nakamura has established himself as one of the most brilliant inspectors of the human spirit, particularly its dark corners, with a body of work that rightfully draws comparisons to such literary geniuses as Fyodor Dostoevsky and Albert Camus. Despite a few flashes of excitement and insight, Nakamura would have benefitted from consulting his old Camus paperbacks when conceiving and composing My Annihilation.

The novel begins with hypnotic simplicity – a narrator has discovered an old manuscript, which is a memoir of a serial killer. Alone in a cabin in the woods, the reader and the narrator merge as we/they discover what drives a human being to acts of violence. Exploring the dark obsessions and instincts, the killer’s recollections and confessions offer an underside to Sigmund Freud’s Civilization and Its Discontents. Here is a gruesome presentation of someone without any interest in civilization; without any interest in sublimating his evil urges in order to conform with society, or preserve the well-being of others.

His first act of attempted murder, the reader learns, was against his own sister. Following an impulse he could not fully understand, the young child convinced his sister to climb a tree, knowing that she would fail to keep her balance at dangerous heights. Meeting his expectations, she falls and sustains serious injuries. Her survival surprises him, as does his total lack of remorse.

From there, the reader/narrator is forcibly taken to a hospital by two, uniformed men, and he enters what becomes of the novel: a labyrinth of false identities, psychological delusion, hypnosis, and multiple personalities. The transgressive novel clearly aspires to provoke thought about trauma, memory, and how no person – no matter how sophisticated or self-aware – can have supreme confidence in the impressions that form their identity. It often meets its admirably transgressive and lofty goal.

As I read My Annihilation, however, I kept returning to Mailer’s warning against abundance of plot, especially when the plot siphons off characters into subplots, and takes twists into territory that inverts and undermines an established narration. For a novel that purports to explore humanity, all of the surprises and disorienting literary tricks made the characters, and the book itself, feel less human and more artificial.

My Annihilation demonstrates that Nakamura’s imagination is boundless, given that his early novels are so comparably simple and straightforward. With The Thief and The Gun, Nakamura stripped his storytelling down to the minimum, leaving no debris to obstruct his foray into the “noir” side of the human experience. As an usher into the noir world, Nakamura made his readers question their own potential – not for good, but for crime, destruction, obsession, and self-alienation. It is these early works that allowed his writing to join the company of Dostoevsky’s Notes from Underground, Camus’ The Stranger and The Fall, and the best of Simenon’s “portraits of deviance” (Tropic Moon is my personal favorite).

In The Thief, Nakamura tells the story of a career pickpocket whose old criminal associate returns to offer him a big job, and in classic noir style, the job is too good and easy to be true. A simple home burglary seems to go off without a hitch until the protagonist wakes the next day to find that the victim was a politically powerful figure, and that the police found him dead in his home. As the thief quietly navigates the radioactive fallout of his painless task turned catastrophic, he befriends a young boy after catching him attempting to shoplift food from a grocery story. For better and worse, he becomes the boy’s mentor, helping him to live with the trauma of a neglectful mother who has a series of abusive boyfriends. The thief confesses that, unlike his new young friend who steals to survive, he was drawn to a life of crime for the excitement – the mere sense of vitality. When he moves through a train cart, like a ghost, reaches into the pocket of a businessman wearing an expensive watch, and sneaks out his wallet, his quickening heartbeat and raging blood inform him that he is, indeed, alive. Nakamura establishes an existentialist nihilism as the foundation for his protagonist’s behavior. It is a hard edge that softens only when he begins to develop affection for the boy, but his certainty that he cannot maintain any significant presence in the boy’s life, will only reinforce his disappointment with the quotidian of human experience. Undergoing the transformation that genuine friendship and compassion can engineer, The Thief provides a redemptive element to the story.

No such redemption exists for the protagonist of The Gun – Nakamura’s first novel that was not translated into English until after the publication of The Thief. There is no tangible plot in The Gun, only the main character’s slow descent into madness. Like the protagonist of The Thief, he is in search of affirmation of his vitality, and through his boredom and angst, finds an existentialist cure that is powerful and destructive. On a walk home, late in the evening, while contemplating the routine of his college courses, and his sexual misadventures with fellow students that never go anywhere, he stumbles upon a dead body and a handgun. The firearm exerts a mysterious power over his intellect, and without an ability to fully explain or even comprehend, he takes the gun home. It soon becomes the most important aspect in his life. He obsessively thinks about the gun, cleans it, and considers how he could use it. A representation of danger, risk, and excitement, it brings meaning to his life. Strict Japanese gun laws that prohibit most private citizens from owning firearms only enhance the thrill, and the unique sense of identity he derives, from holding and hiding the gun. Clairvoyance is not necessary to envision how an all-encompassing fixation on a lethal weapon will end in disaster.

By stripping the storyline down to the most basic elements, Nakamura transports his readers inside the disturbed psyches of his protagonists of his early novels. The effect is riveting, but also unnerving. While the average person won’t become homicidal, or abandon civil society for a life of crime, only the most naïve or delusional could deny that the darker impulses Nakamura’s characters exercise are ineradicable within human psychology.

The prolific novelist has built an impressive body of work using the art of storytelling to investigate these darker impulses. A later novel, Cult X, about a hedonistic religious cult that transforms into a terrorist cell launches an inquiry into the wicked and violent underside of the search for meaning and belonging.

My Annihilation demonstrates that Nakamura has not lost any of his intelligence or nerve, but also that his fascinating subjects are more resonant without unnecessary complications.

In his caution against plot, Norman Mailer delineated a literary equation – a simple character can thrive in a complicated plot, but a complex character functions better in a simple story.

The best of film noir, and the best of crime literature, which includes Nakamura’s early novels, act as evidence for Mailer’s assertion. When the character stands alone, accompanied only by his temptations, secrets, hopes, and fears, we can better see the resemblance to ourselves. 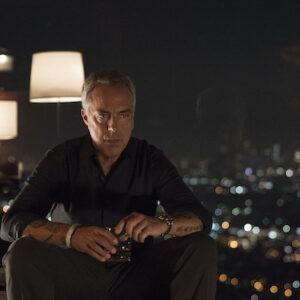 We’ll follow them anywhere. That’s the key. We want to visit Three Pines to consume a delectable meal with Armand Gamache...
© LitHub
Back to top