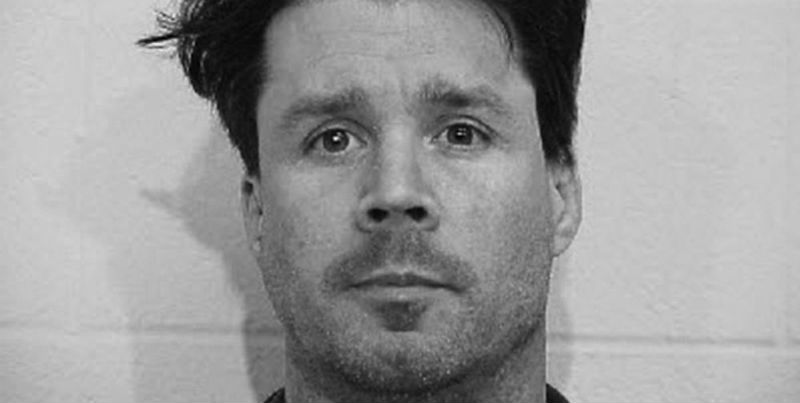 Stories About Women Vanquishing Con Men Are Having a Moment

Among its many effects, the #metoo movement has wrought a near-daily torrent of stories about manipulation, harassment, and deceit—but not just stories like that of Harvey Weinstein or Mario Batali or Matt Lauer. Last fall, the Los Angeles Times released Dirty John, a multi-media podcast sensation that chronicled how a serial con man wormed his way into the life of an Orange County family. In February, New York Magazine published “Worst Roommate Ever,” which told the story of Jamison Bachman, a man who lied his way into people’s homes, then tried to force them out. Then the Atlantic’s April issue brought “The Perfect Man Who Wasn’t,” Rachel Monroe’s riveting true revenge story, in which multiple women who had been preyed upon by con man Derek Alldred came together to put an end to his abuses. Across these stories of danger, deception, and violence, it is safe to say this: long form, reported con man stories are having a moment.

Looking back at the confidence man phenomenon and its 19th century origins—“the first great era of the American scam artist”—Monroe writes:

The country was rapidly urbanizing; previously far-flung places were newly linked by railroads. Americans were meeting more strangers than ever before, and thanks to a growing economy, they had more money than previous generations. All of those strangers, all of that cash, resulted in an era powered by trust, one that Mark Twain and Charles Dudley Warner satirized in The Gilded Age for its ‘unlimited reliance upon human promises.’

The current era—”[t]he age of the internet, with its infinitude of strangers and swiftly evolving social mores”— Monroe adds, “has also been good for con men.”

So it’s not surprising that con man stories are resonating at a moment when we have rampant online scams (and, as many have alleged, a con man in the White House). Indeed, in all three recent true crime stories, the men met their primary victims through either dating apps or Craigslist. It follows logically that we consume more con men stories when con men themselves are proliferating. But there’s also something else, something deeper going on in these three stories that make them so appealing right now.

In all three, the female victims of the three men—John Meehan, Jamison Bachman, and Derek Alldred—ultimately band together to stop the behavior of the men. These would be satisfying stories in any news cycle; retribution is gratifying. But they’re especially cathartic in the midst of the #metoo movement.

While we have seen some cases in which men lose their power and esteem after being called out for misogynistic behavior, the #metoo movement was initially characterized by the prevalence of misogyny illuminated by the hashtag’s use. And so we have seen, too, that unfortunately most of the many, many #metoo stories do not end with high-profile retribution, or any at all. (Worse, in some cases if they do feature retribution, it is retribution against the victim for speaking out against their abuser.)

And yet, in these three stories, all three men meet their downfall after female victims of theirs gain information about one another and, empowered by that information, act to stop them.

Fair warning, spoilers ahead: Dirty John tells the story of John Meehan, who misled numerous women, invaded their lives, and attempted to steal their money. His final victim, Debra Newell, turned on him after her family, and especially her daughters, worked diligently to persuade Newell of Meehan’s true nature. He ultimately attacked Newell’s youngest daughter, Terra—but against the odds, she managed to turn his knife on him and kill John in self-defense. In Monroe’s “The Perfect Man Who Wasn’t,” we learn about the numerous women whom Derek Alldred seduced and stole from. Eventually, his victims found out about one another and banded together to inform authorities of his crimes. Alldred was eventually arrested, pled guilty to identity theft and mail fraud, and now awaits sentencing, facing up to 24 years in prison.

“Worst Roommate Ever” is less cut and dry; William Brennan writes in the piece that, “it would not be accurate to call Bachman a con artist; his tactics involved relatively little artifice and even less artistry.” Yet it’s hard to say Bachman wasn’t at least an amateurish one. He used well-acted sob stories to gain entry into people’s homes as a roommate, and then terrorized them. His downfall began when one roommate/victim, a woman named Alex Miller, found out about Bachman’s history and held a “send-off” party as she kicked him out, complete with photos of a previous victim, another woman. Bachman attacked Miller and was arrested, then arrested again for violating a protection order. Once Bachman was bailed out, he killed his own brother and, arrested once again, hung himself in jail.

John Meehan and Derek Alldred both come across as outright con men. Jamison Bachman is a more ambiguous figure, and his story in particular raises serious questions about mental illness and trauma, but his tactics still centered on abusing the trust that people put in strangers. The story was shared widely on social media, on platforms often used for roommate searches. Its reverberations call to mind the way Monroe described the appeal of con man stories: “Our appetite for stories about cons is, in part, a way of reassuring ourselves that we’d never be so foolish as to be taken.”

Wouldn’t things be easier, on some level, if a few prolifically terrible men were responsible for the proliferation of misogyny?

But of course, we are all vulnerable—con men know that better than anyone. It’s worth noting, too, that the #metoo movement raised a difficult question that these three stories may appear to offer a seductively easy answer to: Are most of the #metoo micro- and macro-aggressions committed by a small number of very bad men who each impact a large number of women (men who realize people’s vulnerability and prey on that repeatedly), or is every person who benefits from patriarchy likely guilty of large and small transgressions against women?

The stories of John Meehan, Jamison Bachman, and Derek Alldred are instances of individuals victimizing numerous people. Wouldn’t things be easier, on some level, if a few prolifically terrible men were responsible for the proliferation of misogyny?

That’s not the case, of course. The ubiquity of this problem was recently illustrated by Rebecca Traister, who wrote for New York Magazine:

Since the reports of Weinstein’s malevolence began to gush, I’ve received somewhere between five and 20 emails every day from women wanting to tell me their experiences: of being groped or leered at or rubbed up against in their workplaces. They tell me about all kinds of men—actors and publishers; judges and philanthropists; store managers and social-justice advocates; my own colleagues, past and present — who’ve hurt them or someone they know.

These three true crime stories do offer at least one common lesson that can be applied to fight against repeat predators like the con men—and also against more banal expressions of misogyny: the majority female victims of the con men banded together to share information and put an end to the con. We see this strategy work for them, but we have also seen it work in another powerful instance, one in which abusers and their actions were scattered across the spectrum of the behavior that #metoo covers: the Shitty Men in Media list. It catalyzed a wave of dismissals and firings in the media industry.

Consider, too, that we maintain our silence, or silence victims, at our own expense. Monroe writes for the Atlantic that, “[i]t’s in our own self-interest to dismiss the victims of a con as greedy (you can’t cheat an honest man, as the adage goes) or just plain dumb: If being scammed is somehow their fault, that means it couldn’t happen to us.” That kind of thinking ignores the societal and systemic norms that enable, and in some cases empower, one person to prey upon another.

It sounds an awful like Jia Tolentino’s post-Harvey Weinstein characterization of how women get blamed for their own harassment, for The New Yorker:

If you have ever experienced sexual assault or harassment, you know that one of the cruelest things about these acts is the way that they entangle, and attempt to contaminate, all of the best things about you. If you’re sweet and friendly, you’ll think that it’s your fault for accommodating the situation. If you’re tough, well, you might as well decide that it’s no big deal. If you’re a gentle person, then he knew you were weak. If you’re talented, he thought of you as an equal. If you’re ambitious, you wanted it.

Her list goes on and on. But the toxic behavior at the heart of these con men stories and that the #metoo movement identifies—we’ve seen how we can put a stop to that.

Naomi Shavin is a DC-based writer and editor. Her work has been published by Vox, The New Republic, National Journal, Smithsonian Magazine, Artsy Magazine, Washington City Paper, and more. 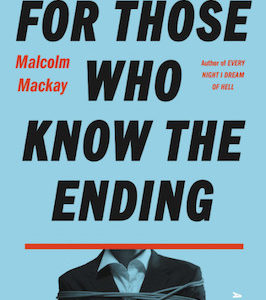 They weren’t as big and impressive as they had claimed.  Not in Scotland, anyway. He knew how well connected they were...
© LitHub
Back to top