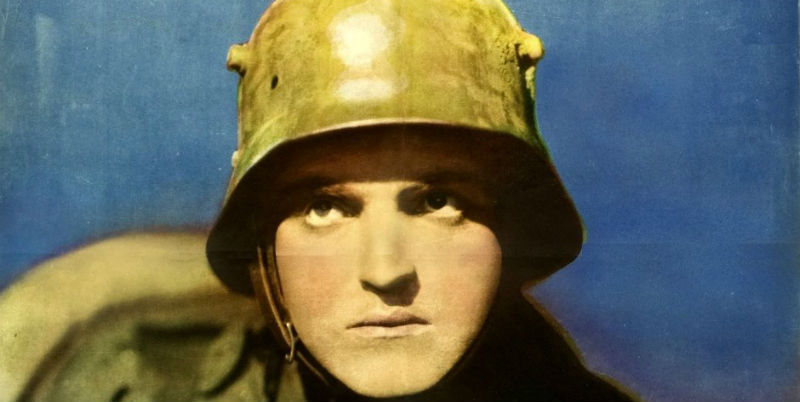 7 Novels Inspired by The Great War

I have written novels set during the Second World War, but the recent centennial of World War I made me aware of the horrors of that great conflict—such a senseless war, directed by generals used to cavalry charges, who sent men “over the top” to face tanks, grenades, and mustard gas. More men were killed in World War I than in any other war. Those who came home were broken in body and mind. And so many didn’t come home at all that England faced life without a generation of young men. This is a national predicament that helped inspire my latest novel, The Victory Garden, which tells the story of a young woman who joins the Women’s Land Army and forms bonds with other women who are forced to take over tasks they never expected to perform.

But particularly when compared to World War II, World War I has been largely overlooked in literature, possibly because so many of the stories tend to be dark and tragic. And yet, there are standouts in the genre, and some of my favorites are the books that show the horror, the bravery, and the difficult aftermath of what was called “The War to End All Wars.” 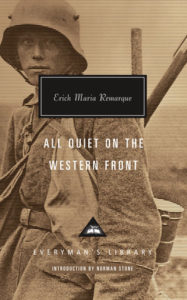 All Quiet on the Western Front, by Rainer Maria Remarque

This is the quintessential war novel, told from the perspective of a young German soldier, Paul Bäumer, who enlists with his classmates in the German army. They become soldiers with youthful enthusiasm. But the world of duty, culture, and progress they had been taught breaks into pieces under the first bombardment in the trenches. Through years of vivid horror, Paul holds fast to a single vow: to fight against the principle of hate that meaninglessly pits young men of the same generation but different uniforms against one another . . . if only he can come out of the war alive. 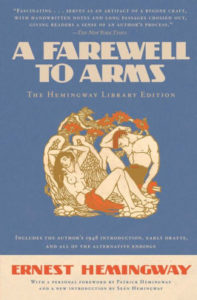 A Farewell to Arms, by Ernest Hemingway

This is the other great classic novel to come out of that time, written by an author who experienced the conflict firsthand. Hemingway was 30 years old when he wrote this masterpiece, and already heralded as a great novelist. But this semi-autobiographical novel tells the story of an American ambulance driver on the Italian front and his passionate romance with a young nurse. To me it gives a great feel for the enhanced emotions that war creates—the horror, the despair, the fleeting hope and bliss of love. Of course, like many of these novels, it ends with the despair. 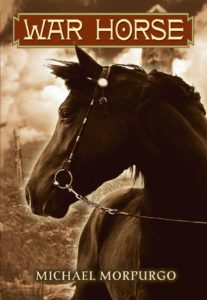 Familiar to many now through the play as well as the book, this story, written for young people, tells of the war through the eyes of a horse, Joey, conscripted away from his farm life to be a cavalry horse in a war where the weapons are those of a new age. As he witnesses the horrors of battle, he dreams of seeing his young master, Albert, the farmer’s son, again. 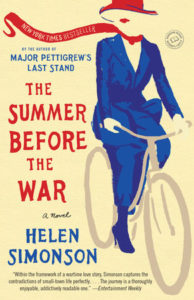 The Summer Before the War by Helen Simonson

From the writer of the best-selling Major Pettigrew’s Last Stand, this is a gentler, sometimes humorous novel of the effects of war on the home front. Beatrice Nash arrives to be the Latin teacher at a boy’s school in Rye, on the south coast of England. It is clear she is significantly more freethinking—and attractive—than anyone believes a Latin teacher should be. She is also mourning the death of her beloved father, who has left her penniless, and simply wants to be left alone to pursue her teaching and writing. But no sooner has she settled in and forged a relationship with her boys than war is declared and the peaceful fabric of her little town is torn apart. 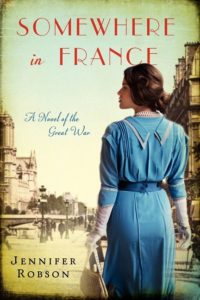 Somewhere in France by Jennifer Robinson

This is a novel that shows how class and prejudice are changed by war. Lady Elizabeth Neville-Ashford wants to travel the world, pursue a career, and marry for love. But in 1914, the stifling restrictions of aristocratic British society and her mother’s rigid expectations forbid Lilly from following her heart. When war breaks out, she seizes her chance for independence. Defying her parents, she moves to London and eventually becomes an ambulance driver in the newly formed Women’s Army Auxiliary Corps—an exciting and treacherous job that takes her close to the Western Front where she is reunited with Robert Fraser, her brother’s friend and now a doctor. Robert grew up poor, and therefore not a suitable match for Lilly. Will the war mean that such restrictions can be broken down? 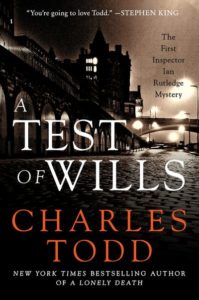 A Test of Wills by Charles Todd

Of course I couldn’t complete this list without some mystery novels, and here are two of my favorite series. In this first book in the series, Inspector Ian Rutledge has returned from France after World War I with a medal of honor and serious shell shock. He struggles to go back to his duties at Scotland Yard. When, despite his tenuous condition, an envious supervisor assigns him to a traumatic case involving the murder of an army colonel, with a young captain as the prime suspect. Rutledge must gather all of his strength to not only solve the case, but fight the townspeople’s prejudice against military personnel. During the series Rutledge must fight his own demons in addition to solving cases, which makes these books far more than mere whodunits. 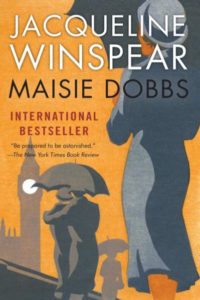 Another of my favorite series. This first book gives us Maisie’s backstory, including her part in World War I. Maisie Dobbs gets her start as a maid in an aristocratic London household when she is thirteen. Her employer, suffragette Lady Rowan Compton, soon becomes her patron, taking the remarkably bright youngster under her wing. She is offered a place at Cambridge University. Then the outbreak of war changes everything. Maisie trains as a nurse, then is sent to France to serve at the Front. Her war experiences of love and loss color her life when she returns home to complete her education. In the spring of 1929, Maisie sets out on her own as a private investigator and takes on her first case: in the aftermath of the Great War, a former officer has founded a working farm known as The Retreat, which acts as a convalescent refuge for ex-soldiers too shattered to resume normal life. When fate brings Maisie a second case involving The Retreat, she must finally confront the ghost that has haunted her for over a decade. 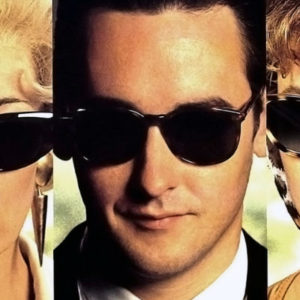