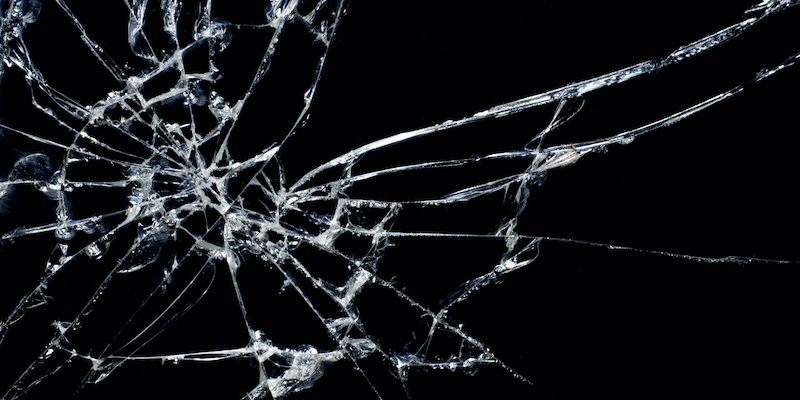 "I love that main characters can behave badly in thrillers, or even be the perpetrator themselves."

There’s this colorful word my dad taught me growing up, common across many South Asian languages. Chalak. It’s not exactly a compliment. If someone calls you chalak, then they think you are cunning, clever, and maybe even devious. It means you use your understanding of people or situations for personal gain.

I only have a rudimentary knowledge of my mother tongues, yet this particular word has always stayed with me–perhaps because what it represented stood in stark contrast to the ‘good Indian girl’ stereotypes and expectations I grew up around. And similarly to words like ‘bossy’, ‘aggressive’, and ‘emotional’, chalak can be used as a catch-all to demonize women who defy society’s expectations of them.

Is a woman who has the foresight to create boundaries chalak? What about women who extricate themselves from toxic situations and people before the going gets rough? Or, women who simply put themselves first?

Being a little chalak from time to time doesn’t have to be a ‘bad’ thing. I’m sure many of us can recall challenging situations where we wish we’d been practiced more self-preservation.

There are so many nuances to why somebody might act deviously, and I’ve always longed to explore these motivations in my writing.

However, up until now, I’ve published romance novels, a genre that prescribes a happy-ever-after, and often has a resolution in which the protagonist learns from her mistakes, finds herself, and ultimately, love. Although I pride myself on creating complicated and flawed main characters whose actions are not always ‘likeable’, I cannot make their actions unforgiveable. We often absolve people for their extremely poor behavior or judgment in real life, but it’s difficult to do so in a three-hundred-and-fifty-odd page novel. Romance readers have a limited amount of time to form a connection with a character and understand her motivations and shortcomings. We want to root for, grow with, and fall in love alongside the protagonists we invest in. So far, I simply haven’t figured out a way to explore a main character’s chalak side without making her irredeemable.

That changed in March 2020 when I started writing my first thriller Are You Sara?. I’d been sitting on a half-baked book idea about two complicated women with the same name who mistakenly take each other’s rideshares home from a bar, only for one of them to end up dead. When I found myself in lockdown with plenty of spare time around work hours, I decided to find out if that idea had enough legs for a novel. In those dark days, I didn’t have the mindset to further my romance work-in-progress anyway.

What started as a creative exercise to pass the time turned in to an opportunity to create the character I’d always wanted to write. Saraswati Bhaduri “Sara” is a twenty-eight-year-old law student who works two jobs to support herself—seemingly a ‘good Indian girl’ making her blue-collar immigrant parents proud. But her world is turned upside down one night at the campus dive bar when she finds privileged twenty-year-old Sarah Ellis passed out in the bathroom. The two women bond, and later that night, they accidentally take one another’s rideshares home. Sara discovers the mistake when she ends up in a rich suburb at the end of town. When she walks back to her own home, she finds the other Sarah dead on her doorstep.

The book is told from both characters’ perspectives. There are several diary entries written by Sarah Ellis in the weeks and months leading up to her death, in which readers find out her backstory and who in her life might have wanted her dead.

But most of the story is from Sara’s point-of-view—and Sara is nothing like the woman others perceive her to be; her ‘good Indian girl’ persona is an act, a role that she feels she needs to play. In fact, Sara has a past. A shady past in which she made bad choices, used people, and took action thinking only of her personal gain. Sara is chalak in every sense of the word. But as readers will discover, she is so much more than that. She is unabashedly ambitious, confident, and self-possessed. She defies the all-too-common stereotypes about South Asian women. She is as big of a mystery as the truth about who killed the other Sarah, especially because Sara believes that she was the intended target. Sara thinks an unsavory person from her past is out to get her.

Developing Sara’s character had to be one of the most challenging yet rewarding creative experiences I’ve had so far. Don’t get me wrong. I love romance, and telling the stories of South Asian women like myself is what drew me to fiction in the first place. But writing this kind of story in a totally different genre felt freeing in a way that I hadn’t anticipated. I didn’t have to provide justification for Sara’s bad choices, or soften her flaws, or figure out how to make her learn from her mistakes. I wasn’t asking future readers to forgive Sara, or even to like her all that much; I was simply asking them if they wanted to tag along for the ride.

I love that main characters can behave badly in thrillers, or even be the perpetrator themselves. Although several others have come close, for me, Gone Girl continues to sit on the throne for having the most complicated, fascinating (and also chalak) protagonists. I remember exactly where I was when I read that book. (My parents’ basement.) I remember the literal gut-wrench in my stomach as I digested the paragraph right before the mid-point twist and everything started to click. Despite the fact that Amy and Nick were reprehensible people, I remember being totally obsessed with them.

Thrillers thrill. We get to participate in something illicit or salacious, dive headfirst into a scenario that gets our pulses pounding. As a reader, I don’t want to be Amy or Nick; I’m just fascinated by their story. I want to know what happens to them.

In the same vein, I don’t expect readers to condone Sara’s choices. She has questionable ethics and a ruthless MO, but she is also a character I greatly admire. As someone who has always worried about being judged and liked, I created a woman who—in some ways–serves as a role model. Sara is brave, and bold, and lives life by her own moral compass. (Even if that moral compass is a little skewed.) She is someone who does not care what people think about her.

Are You Sara?, my fifth book and very first thriller, features the most unlikeable protagonist I have ever written. The funny things is… I like her best of all. 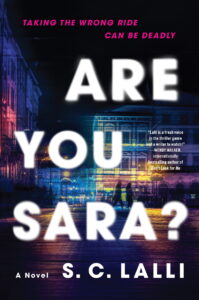 An author of Punjabi and Bengali heritage, S. C. LALLI writes romance and women's fiction novels under her full name, Sonya Lalli. She studied law in her hometown of Saskatoon and at Columbia University in New York. She has worked in law, legal journalism and book publishing. Sonya Lalli lives in Vancouver with her husband. Are You Sara? is her first novel. 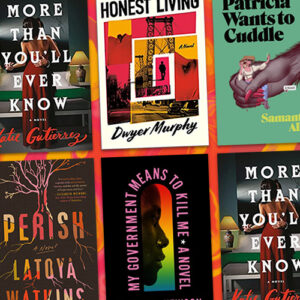 The CrimeReads editors select the season's best debut novels. * Latoya Watkins, Perish (Tiny Reparations) In this...
© LitHub
Back to top