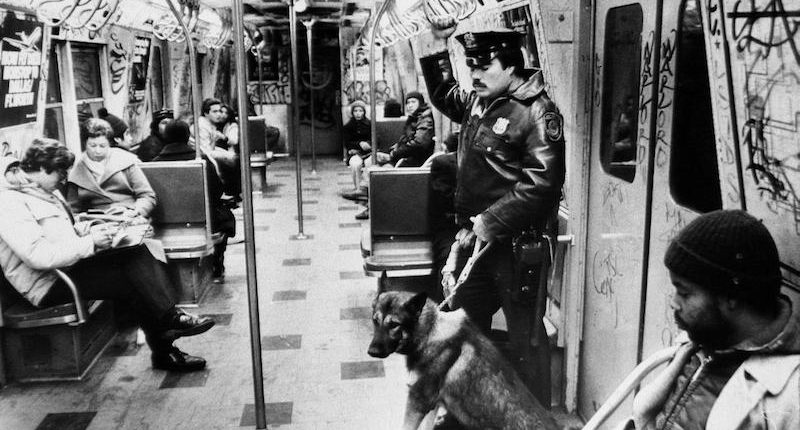 The Victim’s Song, published 32 years ago by the literary critic and SUNY-Cortland English professor Alice R. Kaminsky, is quite unlike most memoirs by parents of murdered children. As a group—tiny, because it’s a club no one would willingly join—such books rail against the failures of the criminal justice system but ultimately forgive their child’s killers. Kaminsky’s memoir, however, is veritable jeremiad about the September 13, 1980 murder of her son and only child Eric, a 22-year-old Manhattan School of Music piano student. Of all the books by bereaved parents I’ve read, it is perhaps the angriest, and the most necessary to understanding this unimaginable state.

The details of Eric’s murder are shocking enough. Eighteen-year-old Jose Deltejo and nineteen-year-old Ferman Urena robbed Eric inside the 181st Street A train station in Washington Heights, stabbed him multiple times—the kill slice to the aorta—and then pushed him onto the subway tracks in a failed bid to obliterate his corpse. Both Deltejo and Urena would eventually be found guilty of Eric’s murder and sentenced to long prison sentences.

Max Wylie, whose daughter Janice was one of the “Career Girls” murdered in 1964, wrote in his memoir that he “[came] not to participate in hatred but to share in love.” He followed the traditional narrative arc of devastating grief transformed into greater meaning is more comfortable and easier to accept. Kaminsky, however, could only create “a song that is sung in hatred, not in love or forgiveness.”

There are, as she explains, no platitudes to wash away her anger and her despair. Five years after Eric’s murder, Kaminsky’s anger has not abated, only grown more controlled. She constantly questions the choices she made as a mother, and those of Eric as her child: “The counterfactual will plague me for the rest of my life. If Eric had done x, then he might have had y.” The pain is palpable and real, forcing the reader to reckon with this narrative, not a more palatable one.

Kaminsky’s grief for Eric is many orders of magnitudes higher than the grief she experienced earlier in her life. Some of those losses, like parents in reasonable old age, are what we would expect. The loss of Kaminsky’s first husband only a year after their wedding while serving in WWII is more of a surprise. At 21, Kaminsky realizes “the existence of evil, [one that] made me feel the bitterness of lost innocence”—but she goes on to meet and marry her second husband, Jack, and form a strong marriage of intellectual equals. They both pursue successful academic careers (she in English literature, he in philosophy) and raise Eric in Ithaca and Cortland in relative tranquility.

The Victim’s Song carries so much weight because it shows how grief creates an unbreachable chasm between intellect and emotion. Kaminsky, after Eric’s murder, is horrified that she could have been entertained by stories of fictional crime: “For years I had read mystery fiction for relaxation, for enjoyment. I had, like millions of others, like some presidents of the United States, read in bed a murder mystery story to relax my mind. I also taught a course in mystery fiction [at SUNY-Cortland]. How ironic that the foul act of murder should have been for me nothing more than a form of entertainment.”

There is no redemptive arc for Kaminsky because she cannot forgive her killers. Years of endless therapy, well-meaning advice from friends, seeking other parents of murdered children, and trying to focus on her work don’t stem her rage. Seeing Deltejo and Urena in the courtroom on one trial day, Kaminsky wonders, “if there is such a thing as killing someone with hatred, they should both be dead by now.”

When she learns of the judge’s casual dismissal of Eric’s death as “only a murder,” uttered in the context of his own groaning docket of homicide cases, Kaminsky seethes with justifiable fury. The gaping wound of a single murder may transform into an impersonal data point of annual crime statistics, but tell that to the bereaved parent.

Kaminsky not only refuses to let the criminal justice system off the hook for its failures with respect to parents of murder victims, she is just as harsh on the reader. Cutting to the quick, she points out our—my—general need for a redemption arc and why that quest is a lie: “Are you tired of my honesty? Would you read be reading one of those false, hypocritical, comforting books that give you spiritual uplift, that tell you that despite what happens, like Job you should trust in God, and you will be comforted, and in the end your tragedy will make you stronger and better able to cope with life? I despise such cliches.”

The Victim’s Song also has retroactive power, offering a window into how bad things really were in New York City in the 1980s. When we are awash in fear and rhetoric about rising crime rates, police brutality, judicial indifference, and declining quality of life, it is important to remember that upwards of 1,800 people died the same year of Eric Kaminsky’s murder. The prospect of a vigilante like Bernhard Goetz turning his gun on would-be subway assailants in 1984 is now, when subway ridership is at its highest and perhaps its safest since 1948, a remote one.

Kaminsky also devotes an entire chapter to her pro-death penalty stance. Her argument makes more sense knowing she papers over the depth of her despair by rhetoric rooted in the fears of the time, rather than the grave miscarriages of justices and subsequent exonerations of today. There is no minimizing the anger Kaminsky feels when she utters lines like “I cannot and will not ever forgive. To do so would mean that I value my son’s life less than I value the life of his murderers.” Or when she describes sitting a few feet away from Deltejo in the courtroom for Eric’s trial, feeling like she “wanted to kill him against the wishes of mankind, to make him suffer the same pain and terror that my son felt.”

Kaminsky has more sway in her criticism of Norman Mailer, whose 1979 Pulitzer winner The Executioner’s Song provides her cri du coeur its title. Mailer’s book—getting a re-airing thanks to the publication of Jerome Loving’s Jack & Norman—is all about saints and psychopaths, and his career made clear with whom he sided, especially if those psychopaths happened to be white men like Gary Gilmore and Jack Henry Abbott. Glorifying Abbott, in particular, proved a disaster, another instance where the wall between journalist and murderer proved to be dangerously porous.

Mailer’s moral and ethical issues notwithstanding, writing about crime is not, as Kaminsky writes, “an attempt to exculpate and glamorize the life of the murderer.” Speaking as a journalist who has and will write about murderers, it is about grappling with the unthinkable—one person killing another—while understanding, given the correct circumstances, how easy it is for any one of us to cross that dark line.

Reading The Victim’s Song is a reminder that jeremiads are problems without solutions. Howls of great despair, like Kaminsky’s, demand intent listening, quiet reflection, comfort only when asked, and otherwise, silence.

After The Victim’s Song was published to mixed reviews—Kaminsky’s barely contained anger, as expected, made critics queasy—she took solace in academia, remaining at SUNY-Cortland until her retirement. I hope that in the nearly 25 years between The Victim’s Song and her death in 2009, at age 86, Alice Kaminsky finally found the memory of her son, Eric, to be a comfort and a blessing. But it would not surprise me if she never could.

Sarah Weinman, a CrimeReads contributing editor and columnist, is the editor of Women Crime Writers: Eight Suspense Novels of the 1940s & 50s (Library of America) and Troubled Daughters, Twisted Wives: Stories from the Trailblazers of Domestic Suspense. Her first nonfiction book, The Real Lolita: The Kidnapping of Sally Horner and the Novel That Scandalized the World, was published by Ecco in 2018. 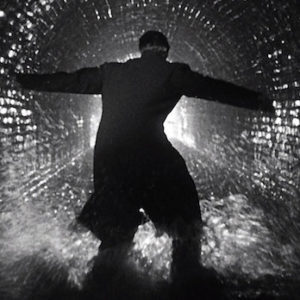 Vladimir Putin joined the KGB in 1975 near the end of the Cold War, a 23-year-old from Saint Petersburg whose mother was a factory...
© LitHub
Back to top