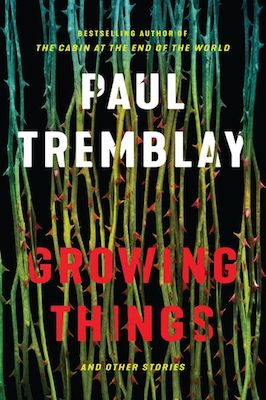 The following is an exclusive excerpt from the short story “The Getaway,” included in the anthology Growing Things, a new collection of short fiction by legendary horror writer Paul Tremblay. In the following passage, we’re introduced to two down-on-their-luck petty criminals about to encounter a dramatic reversal of fortune.

There’s this thing about living in Wormtown my older brother Joe doesn’t get, or he does get it and doesn’t want to admit it. We live in Worcester, stuck like a dart in the middle of Massachusetts. This isn’t Boston. No ocean, just a river. No quaint historical bullshit that attracts tourists. Just hills, colleges, hospitals, and churches making the urban decay look a little prettier. It’s not a good place to be, right? But Joe and the rest of the local artsy types, so desperate for the recognition they’ll never get, they pump up and promote the nickname Wormtown like it means Worcester is some legit big city people would actually choose to live in, like Worcester is somehow important or any less damaged than it is because of a fucking name change. They brand themselves Wormtowners like they aren’t as doomed as the rest of us. So I still use their fun little nickname, but only because it makes me bust a gut laughing.

It’s five a.m. I’m sitting in the driver’s seat of Henry’s rusty Ford Explorer, tucked behind Ace’s Pawnshop, which is on the corner of Main and Wellington. Engine on, tailgate up, interior lights off. Sitting here waiting for what’s next.

Joe always says I never think ahead, that I only use my lizard brain. Right. He’s a thirty-year-old painter who doesn’t sell any paintings. But he’s really a busboy at some restaurant over by Clark U., a trendy place that just opened and will probably close within the year. He cleans tables and gets no tips from the rich college kids and their yuppie professors. Joe has two maxed-out credit cards and lives with a between-jobs girlfriend and her five-year-old kid in a one-bedroom apartment. So much for thinking ahead, Joe. I’m the one pointed somewhere with both hands on the goddamn steering wheel.

My window is down when it doesn’t need to be. There’s nothing that I can’t see from behind the glass. Mike asked me to do it. He said pretty please before leaving the SUV and going inside.

Goddamn, it’s cold out. Didn’t wear the right clothes for this. Just a brown flannel and some black jeans, steel-toed boots laced to the ankle. No jacket, and I left my black hoodie at the apartment. If that’s my only fuck-up, we’ll be okay. Winter is coming early. The black gloves don’t keep my hands warm. I take my hands off the wheel and rub them together, then slouch into the seat.

Gunshots. A quick burst of two. I think. Then a third after a pause long enough to be uncomfortable for everyone. The shots are all muffled, coming from inside the pawnshop, but still, somehow, they sound like city-sized phone books hitting the floor after a big drop. There weren’t supposed to be any gunshots. Gunshots mean big trouble. There wasn’t supposed to be any big trouble.

I suddenly have to go to the bathroom even though I did what Henry said and skipped my morning coffee. I stop breathing so loud. I can’t see anything through the pawnshop’s cage-covered windows. Still alone in the SUV in the empty lot, I shift from park to drive; my foot is heavy on the brake, and I put my hands back on the wheel where they’re supposed to be. Ten and two.

The back door flies open and they all come running out at once, a group of shadows, arms and legs everywhere. No one shouts, they’re not dumb enough to be human alarms, but they hiss and whisper orders at me, their humble driver, subtle shit like “Go, go, go” and “Let’s get the fuck outta here.”

Yes, sirs. I calmly roll up my window and watch them in the rearview mirror, everything happening slow and fast at the same time. They’re circus clowns going backward, getting into the car instead of jumping out. Mike sits his heavy ass in the seat behind me, shaking the car. Greg slides in on the other side and rips off his ski mask like it’s burning him, and he throws it on the car floor. He better remember to pick that up later and dump it. Greg isn’t exactly known for paying attention to the details, for paying attention to anything. He shouldn’t be on this job at all, never mind getting to go inside. Yeah, he grew up on the same street as us, but he’s loose with everything, you know? Christ, he was fired from his bartending gig at Irish Times because he was caught skimming on back-to- back nights. Henry was nuts to use him, but you can’t tell Henry anything. It’s his show. And Henry, his ski mask is still pulled over his ham-sized face. He throws the duffel bag in the trunk, jumps in after it. I take my foot off the brake, start inching forward, still watching Henry, and he kind of flickers in the shadows. He pulls his little jerry-rigged rope and shuts the tailgate behind him.

I roll out of the pawnshop’s rear lot, and they’re all yelling at me. Mike actually says, “Step on it, Danny.” Christ. I turn around to say something smart-ass, something to calm everyone the fuck down because the truth of it is, them all yelling go-go-go has got me on tilt. So scared I feel it in my fingers and toes and my tightening chest. Mike cuffs me in the ear with an open hand, turns me back around. My head rings and everything goes white for a second. Mike hitting me doesn’t make me feel any better, but I manage to turn left on Main Street without crashing.

They’re trying to talk over each other in the back. My ear burns, and I’m looking all over Main Street for blue and white lights, trying to stay focused, and trying to think ahead. I yell over my shoulder, and have to yell it twice, “You assholes gonna tell me what happened?”

Mike says, “Everything was going fine, got the cage open no problem, and then the tough guy over here decides to chuck the old man over the counter.” Mike pauses, daring Greg to say something different. Greg is smart enough to keep quiet.

I can see it happening even though I wasn’t there: The three of them jumped the old man at the back door, right? Henry knew the old guy was going to be there. This was Henry’s gig. They’re always his gigs. So they jumped him and went inside, persuaded the old man to open the front counter’s cage. Henry talked to him slowly, calmly, hypnotizing the old man into believing everything would be okay. That’s what Henry is good at. When we were kids, he’d talk us into stealing cigarettes and porn mags. So Henry was telling the old man that all was well, no one would get hurt, that he was going to go behind the counter with him, go to the register and then to the jewelry and watches kept in the lockboxes. It was then maybe the old guy said something and Greg didn’t like it, or the guy gave Greg an odd look because Greg was always getting odd looks with his too-small-for-his-face eyes and a mouth like a cut on his face, or maybe Greg got some wild itch he had to scratch, or he was trying to prove how tough and crazy he was to Henry, and I won’t say it to Mike right now, but it’s still Henry’s fault for taking Greg, for not planning for what Greg might do, which is throw a semiretired old man over the register counter.

Mike says, “And when the old man got up, he was holding—”

I’m looking through the small screen of the rearview mirror again and can’t see much, only Greg turned around, kneeling, hands on top of the back seats, and he’s looking into the trunk.

I’m looking through the small screen of the rearview mirror again and can’t see much, only Greg turned around, kneeling, hands on top of the back seats, and he’s looking into the trunk. He moves left, right, dancing around like a dog excited to go for a ride. Or maybe he really has to go to the bathroom like I do.

Greg says, “Where the fuck is Henry?”

Great. The kid is bat-shit crazy. Why doesn’t Henry say something to him? Maybe Henry is waiting for Greg to stick his head over the seat so he can sucker-punch him, knock loose a few Chiclets.

Greg starts bitching at me about leaving Henry, about me fucking everything up, and he bounces off the car walls and seats like one of those superballs you can get for a quarter. Now I’m yelling, too, saying, “What do you mean?” and telling him to shut up, telling Mike to shut him up. No one answers me. I wish they would. Mike turns around next, but he’s too big to turn completely around. Mostly he twists in his seat and cranes his melon-sized head toward the trunk.

Mike says, “He’s not in here.” He says it like it’s the last line in a movie.

More Greg: “You left him there? You fucking left without him?”

Mike repeats himself. “He’s not in here.”

“Wait, wait, wait.” I say bullshit to all that. “Henry? Henry, quit fucking around!” No answer. He’s still fucking around, right? Hiding in the back seat, the duffel bag on top of him. It’s something he’d do. He isn’t answering me, though.

I say, “I watched Henry throw the duffel bag in, and then he climbed into the trunk. I watched him. I swear to fucking god. He used the rope, pulled the tailgate shut behind him.”

Greg jams his head between the front seats and screams into my ear, the same one that got cuffed. The ear isn’t having a good time. “You didn’t see shit. He isn’t there.”

“Enough,” Mike says, and pulls Greg back and sticks him into his seat. “We need to think this through.”

Oh goody. I’d do anything for Mike, but he’s more of a brute squad kind of guy, more of a cuff-you-in-the-ear kind of guy, not the thinker. Thinking makes him more mad, more likely to start breaking shit.

“Turn around, Danny. We can’t just leave him behind,” says Greg. Everything I got inside me drops into my shoes. Goddamn Henry. Him really not being in the car with us sinks in. Henry isn’t here and it’s my fault. But we can’t turn around. “Yeah, brilliant idea, right? We’ll swing by, pick him up on the corner, no problem.” Then I say to Mike, “No going back, but I’m pulling over.”

Excerpted from the book GROWING THINGS AND OTHER STORIES by Paul Tremblay. Copyright © 2019 by Paul Tremblay. On sale July 2nd from William Morrow, an imprint of HarperCollins Publishers. Reprinted by permission. 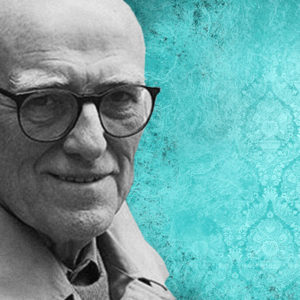