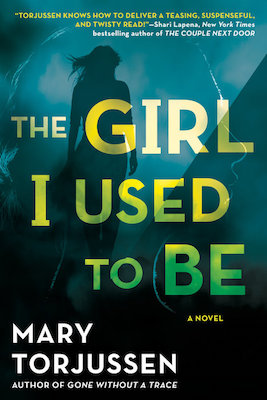 The following is an exclusive excerpt from The Girl I Used to Be, by Mary Torjussen. In the following passage, a woman’s attempt to track down her blackmailer leads to more questions - and more lies.

The street David had said he lived in was a cul-de-sac, arching around a pretty piece of land planted with trees and flowers. The houses were double fronted, with smart gates and bright, well-tended gardens. I stopped just short of the house and looked around carefully. I thought of what David had said about not being ready to live in a house, preferring an apartment instead. These were family houses, exactly the opposite of what he’d wanted.

There was a red Toyota parked outside the garage and I realised I didn’t know which car David had driven when he came to see us. I have CCTV installed in our small private car park, ever since someone had parked there and scratched my car; I took out my notepad and wrote “Check CCTV” so that I wouldn’t forget.

My stomach tightened as I rang the doorbell. I didn’t know what I would say to him. What could I say? For a moment I thought of leaving, of running back to my car and going back to work, but then a figure appeared through the coloured glass of the porch door and I found I couldn’t move.

A woman of about my age opened the door and immediately I panicked. Was she married to David? How was I going to ask him about the photo if she was there?

She glanced up and down the road as though wondering why I was there and whether I was selling something. “Hello?”

I pulled myself together and smiled reassuringly at her. “I’m looking for David Sanderson,” I said. “Is he at home?”

For a second I wondered whether she was lying, but then she leaned into the hallway and shouted, “Neville!” A few seconds later, a man appeared. He was about my height, fair haired and stocky. “This woman wants to find someone called David Sanderson. Do you know him?”

He shook his head. “Sorry, never heard of him.”

“He gave me this address,” I said weakly. “He said he lived here.”

They looked at each other, clearly puzzled. “We’ve been here for more than ten years,” said the woman. “And we know all our neighbours. There’s no-one in this cul-de-sac with that name, I’m afraid.”

The man agreed. “Sorry. You must have the wrong address.”

They looked so earnest and honest that I didn’t feel I could start quizzing them further, so I thanked them and went back to my car. I drove out of the cul-de-sac and back onto the main road, and then parked my car. I opened Facebook. There were quite a few men with the same name, but those with photos clearly weren’t him and those without lived in other countries. I checked Twitter and he wasn’t there, either.

He’d said he was in sales. Surely he’d be on LinkedIn? I checked, but the only David Sandersons there were clearly not the man I’d met. I entered his name into Google, but it was quite a common name and even though I scrolled through page after page, I couldn’t find anything about him at all. I sat back and closed my eyes, trying desperately to think. His phone number had rung out; it was impossible to leave a voicemail. My emails to him weren’t answered. He didn’t live at that address and he didn’t work where he said he had, that much was clear.

He didn’t live at that address and he didn’t work where he said he had, that much was clear.

Just then my phone pinged in my hand, making me jump. It was an Instagram message. I only use Instagram with a few people and on the screen it said the message was from someone I don’t follow. I looked at the sender’s name; it was WatchingYou. There was a little cartoon figure next to the name, rather than a photo. I frowned and clicked on the message.

There didn’t seem to be anything there at first. I was just about to switch off my phone when a video appeared.

It was a video of me.

When I heard my own voice, I nearly jumped out of my skin.

“I don’t know. I’m not sure I would have married him if I’d known.” My cheeks were pink and a glance at my eyes made it clear I was drunk. “It’s not that he’s lazy,” I heard. My tone was confidential, as though I was telling a secret and my voice was husky. “Well, he is lazy sometimes!” On the video I laughed, just a bit too loud, and covered my mouth to stop myself. “God, he’s so lazy at times.” I sounded irritated now, rather than fond. “It’s just that when he said he’d stay at home with Rory, I didn’t think he meant forever! I just wish…” My voice became pensive then. “I just wish I’d been able to stay at home, too. Instead of him. I wish I’d had that chance.” I looked up at the person I was speaking to. “You only get one chance, don’t you?”

On the screen I picked up my glass of wine and drank some. A little wine smile appeared around my mouth. I said, “What?” and then laughed, using a napkin to wipe it away.

The person I was speaking to said something then. In the car I strained to hear it, but I couldn’t. On the screen I replied, “Well, that’s what he wants. And he wants to try for another baby now. I’m just worried that he’ll never go back to work.” Again, the other person spoke. I could see my own face in the video, drunkenly focusing on what was being said. Then I said, “I don’t know. I just don’t know if I would marry him again, knowing what it would be like.”

The video stopped there, frozen with my face in a grimace, my glass in my hand.

I stared down at the screen, my mind whirring. What on earth was this? I had no memory of saying it to anyone. I hadn’t even thought it, or not for a while, anyway and only then in a temper. I wanted to play it again but now the list of messages I’d received appeared and next to WatchingYou it said “Video Unavailable.”

I scrolled through the messages. The last one I’d had, prior to this, was one I’d had from Caitlin the other day. She’d sent me some photos of toys and clothes which she wanted my opinion on for Rory’s birthday. Those photos were still there.

I swiped the Instagram app so that it disappeared from my screen, then reopened it. I could still see that WatchingYou had sent me a video, but that it was unavailable.

The video stopped there, frozen with my face in a grimace, my glass in my hand.

I felt like I was about to hyperventilate. Where was the message? Who had sent it to me?

And then I realised. In the video I was wearing that top in London, the night I had a meal with David. Although most of the video showed just my face, there was a moment when I picked up my glass where I’d seen a flash of a dark green shoulder strap. One strap must have slipped down my arm—it was always doing that—and it had almost looked like I was naked.

I drove slowly back to Chester, my mind racing. When I got back into the office, all was quiet. A couple were leaving as I entered, their hands full of brochures. I forced myself to smile at them, to ask them whether they’d got what they’d come for, and they promised they’d be in touch when they’d looked through the house details. All the time I was thinking about the video, the way I appeared. Drunk. Flirty. Betraying my husband without a second thought.

Brian was on the phone; it sounded as though he was talking to a tenant about rent that was overdue. I looked at him, knowing I should ask him what was going on, but I couldn’t concentrate on anything else but my own fears. He gave me a thumbs-up so I let it go. I knew he’d manage without my input.

Rachel was typing on her computer and Sophie was washing up some cups in the kitchen. I took a bottle of water from the fridge, found some painkillers in my drawer and sank into my office chair.

“You look tired,” said Rachel. “Is everything okay?” I didn’t know where to start. I looked over at her, just dying to confide in someone. She smiled at me. “Rory okay?”

Rory was about the only thing that was okay, I thought. I wondered what Rachel would say if I said, “Yes, actually, he’s fine, but everything else seems to be going wrong.” I pictured her face if I told her what was actually going on and I thought it would only be a matter of seconds before she told Sophie.

From The Girl I Used to Be. Used with the permission of the publisher, Berkley Books. Copyright © 2018 by Mary Torjussen.

A Bird Obsession, a Rothschild
Scion, and a Blackmail Scandal 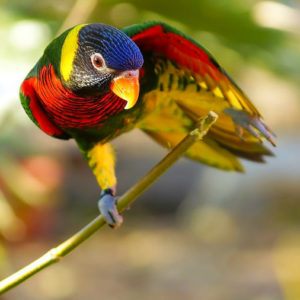 A Bird Obsession, a Rothschild
Scion, and a Blackmail Scandal In 1868, Walter Rothschild was born into what one historian described as the richest family in human history. His great-grandfather...
© LitHub
Back to top