How the Baker Street Irregulars Evolve with the Times

I’m standing in the lobby of the Yale Club surrounded by gleaming leather chairs and the ghosts of yesteryear’s alumni, craning my neck to chat with bestselling author, political essayist, winner of the Presidential Medal of Freedom, and sometime basketball player Kareem Abdul-Jabbar. Though we appear on each other’s book jackets (his outstanding novel Mycroft Holmes and my recent Sherlock Holmes short story collection The Whole Art of Detection), we’ve never been photographed together. His ever-helpful manager takes the picture as I ask Kareem how the fiction business is treating him.

“It’s good,” he says. It’s Friday night, the evening of Baker Street Irregulars Dinner, and I’m in floor-length aubergine velvet with a beaded cutout feather motif, nestled into his tuxedoed hip like a flower girl in a wedding snapshot. “I’ve been traveling a lot.”

The BSI Dinner is the sole meeting per year of the Baker Street Irregulars, founded by Saturday Review of Literature co-creator Christopher Morley on January 6th, 1934. A tongue-in-cheek literary society, voracious fan club, elite league, and chummy fraternity, the BSI are an invitation-only congregation of Sherlock Holmes devotees, which is another way of saying rabidly enthusiastic Sherlockian nerds. Our ranks have included the likes of Isaac Asimov, Michael Dirda, Neil Gaiman, Franklin D. Roosevelt, and perhaps most impressive of all, Curtis “Booger” Armstrong from the film Revenge of the Nerds. Over time, a small supper party among friends exploded into a full BSI Weekend packed with events—The Adventuresses of Sherlock Holmes Brunch, the Gaslight Gala, the Morley-Montgomery Awards, and after-hours tequila debauches hosted by the O’Lunneytics at O’Lunney’s Irish Pub, to name a few. Old chums often splinter into more intimate gatherings of four or six when free time permits, some of which yearly reunions have been going on for so many years that they, too, feature titles and traditions.  But tonight all the BSI able to make it to Manhattan are present to celebrate one of the greatest heroes of English—and, indeed, world—literature.

A tongue-in-cheek literary society, voracious fan club, elite league, and chummy fraternity, the BSI are an invitation-only congregation of Sherlock Holmes devotees, which is another way of saying rabidly enthusiastic Sherlockian nerds.

The Yale Club lobby by now teems with distinguished guests wearing black tie, gathered to celebrate our beloved detective and his loyal medico friend. People by the bank of elevators are beginning to notice the world-famous NBA athlete dwarfing the outlandishly dressed seeming-youth (though I am in fact a perfectly respectable 37 years of age, and the dress is from a Bushwick thrift store).

“Too bad you can’t stay for the whole dinner,” I reflect as Kareem and I part, “but your knees will thank you.”  (They don’t quite fit under conventional tabletops, and our annual meeting lasts something north of three hours.)

Picture a gathering of self-titled “Sherlockians,” and you might not instantly conjure the image of Kareem and myself angling our necks for a selfie after the more poised shot is captured. But while we regrettably still only boast one six-time NBA MVP/US cultural ambassador, the Baker Street Irregulars have become ever-increasingly female, not to mention shorter in the tooth. The traditional face of the BSI used to be similar to that of the Yale Club which hosts our yearly festivities—white, male, and shall we say “established.” Around 30% of our number are now female, a statistic that caused us to hoot with triumph when forced to form a lengthy queue for the ladies’ room at our January celebration a few years ago.

“We did it!” announced Baker Street Irregular Marilyn McKay with a chortle of glee, surveying the line. “This, gals, is what progress looks like.”

Indeed it is—but our “investitures,” or initiates, have always represented a wide swath of humanity. Here in the lobby, men and women of all ages and vocations swarm like the bees Holmes studied in his golden years. From my vantage point by the coat check, I survey the arrival of archivists and actors, geologists and textile historians, medical equipment salesmen and graduate students, dermatologists and teachers and social media consultants and librarians. Once a BSI, always a BSI, but every year, eager candidates who’ve managed to distinguish themselves in one Sherlockian arena or another, from collecting to annotating, wait with bated breath for an invitation. These are doled out sparingly and under the complete dictatorship of the BSI’s president or “Wiggins,” currently a fellow by the name of Michael Whelan and stretching back through history back our founder.  Only he issues the golden tickets; and only he, after one has proven oneself not only worthy but “clubbable,” can bestow the title of Irregular on the initiate.

Yawning after I wave to Kareem, I head back up to the ballroom level of the Yale Club to join my fellow black-tie BSI revelers. As part of the Baker Street Babes (the web’s only all-female, Shorty Award-nominated podcast about nothing whatsoever save Sherlock Holmes in his many incarnations), last night I helped to coordinate our sixth yearly charity auction. The Daintiest Thing Under a Bonnet Ball (and permutations of that name) benefits disabled soldiers in honor of Dr. John H. Watson, and even though I don’t know how much money we made yet, I know that my fellow Babes and I are already ragged from juggling auction lots, decorations, a quiz, a raffle, a costume competition, toasts to military characters from the Holmes canon, a Russian film crew shooting for Voices of America (no kidding), the New York Times reporting for the Metro section (still not kidding), and the filming of a Sherlock Holmes episode of the reality show Cake Boss (you better believe I’m not kidding, and it was delicious).  The BSI Weekend is the largest, most venerable, and storied Sherlockian gathering on the planet, and as such is often courted by media outlets—though I’m unsure whether the Cake Boss episode or the full spread Times feature was our biggest triumph this year.

Once a BSI, always a BSI, but every year, eager candidates who’ve managed to distinguish themselves in one Sherlockian arena or another, from collecting to annotating, wait with bated breath for an invitation.

Upstairs, the official portrait is being taken, no small feat when capturing a room packed solid with ebullient Irregulars; I avoid clinking crystal and dodge trailing gowns to join the assembly with all the grace of a photo-bomber. A flash, a cheer, and we’re off and away. The evening unfolds as ever in a cheery haze of back clapping, tongue-in-cheek speeches, jollity, debate, warmth, remembrance, and love of the Great Detective. Old friends who have “passed beyond the Reichenbach” never more to join our ranks are mourned, new friends are invested with official BSI “shillings,” and present friends eventually find ourselves blinking up into a weirdly balmy Mid-Manhattan sky, hailing cabs to ferry us to champagne after-parties and tequila post-after-parties. Friday has morphed into Saturday when I find myself chatting cozily with Irregular Otto Penzler in his now-emptied Mysterious Bookshop, surveying the glad wreckage of his ice buckets and switching out my heels for muddied rain boots.

When I arrive at the BSI Cocktail Party the next afternoon, the kindest word for my state might be “depleted.” The Cocktail Party is thrown by the Irregulars but open to all comers, and as such it’s a happy amalgam of stalwarts, fans, scholars, and enthusiasts, most of whom are actually the same people.

“Is it going to be possible for you to eat while wearing those sleeves?” local BSI and Adventuress of Sherlock Holmes Mickey Fromkin inquires, not unkindly, as she surveys my sleekly haute outfit from the buffet line (think Maid Marian with a longer wingspan).

“Trust me,” I assure her as I pile artichoke hearts and ravioli into a tidy pile.  “I’m a professional.  And if I get lost later, these double as a tent-sleeping bag combo.”

Food quickly gives way to frivolity when the Dr. Watson Fund auction begins (another charity, this one endowed to Sherlockians without sufficient travel funds to make it to NYC on their own). A limited-edition brick, seemingly culled from Baker Street itself for all the hand-waving in the room, is going for higher and higher bids, to my similarly mounting astonishment.

Groups that night form, dissolve, and coalesce again as people jaunt from shindig to shindig. After the Mystery Writers conclude our proceedings, I enter an earnest discussion about potential short story contributors on the bedroom carpet of the Sherlockian Wessex Press bash at the Roosevelt Hotel. Then it’s off to O’Lunney’s to linger till the wee hours, rubbing more elbows and raising more glasses and proposing more toasts. I locate my friend Tiffany Knight, member of the Babes as well as the Adventuresses of Sherlock Holmes, and rest my head in her curls.

“This is where you fired me,” I recall happily.  (I used to helm both the Ball and the Adventuresses’ Sunday Brunch.)

The next morning, I attend the Brunch for the first time in a very long while as a guest rather than a hostess.  One mountain of bacon and about a dozen leisurely Sherlockian conversations later, I remember how happy I am despite being so exhausted, and that we raised $5,800 for veterans this year, and that I love every moment of this.  Even the ones I can’t remember.

Tiffany and her co-host Tamar Zeffren (Irregular, Adventuress, and Babe) beam at me from their post greeting stragglers and bidding farewell to earlier guests. People are showing subtle signs of wear in the form of coughs, sniffles, hangovers, and downright absence. It’s approximately the tenth event of the Weekend, give or take depending on how many one is physically able to attend, and everyone’s exhausted, but nevertheless our hearts and bellies are full. We are not ashamed of ourselves. The bacchanalian rites performed by our forebears time immemorial were, to put it mildly, robust. We Adventuresses of Sherlock Holmes like to call it “making an ASH of ourselves.”

“I can see now why people like this,” I inform my beautiful new hostesses as I gather my things to leave.  “You can count me in for next year.”

Increasingly, the BSI Weekend looks like my friends: brilliant young women, creatives and academics and professionals, who know their way around the original canon, the BBC series Sherlock, Disney’s The Great Mouse Detective, and Sherlockian spinoffs from genderswapped protagonists to Japanese anime. I feel at home with them. Fandom people are my people. But my people are also the octogenarians, the retirees, the occasionally stooped but always unbowed former generation who buy rounds for us when we can’t afford our student loans and regale us with anecdotes too priceless to calculate.  I’ve been to their weddings, slept in their guest bedrooms, and begged their advice. And perhaps after all is said and done, the most important thing about the BSI Weekend isn’t revelry or scholarship or even Sherlock Holmes—it’s the lifelong comrades that you couldn’t have encountered anywhere else. 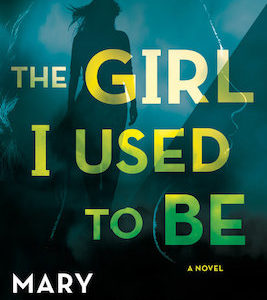 The street David had said he lived in was a cul-de-sac, arching around a pretty piece of land planted with trees and flowers....
© LitHub
Back to top