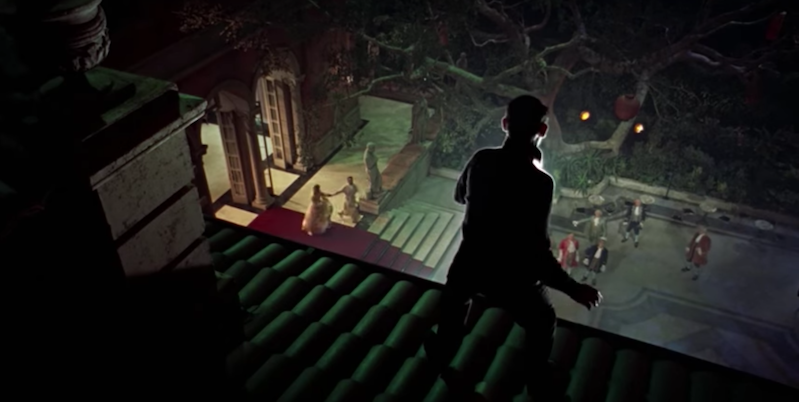 In the first decade of the twentieth century, the French writer Maurice Leblanc published The Blonde Lady, a mystery novel that featured his popular gentleman burglar, Arsene Lupin. In all, Leblanc would pen 21 novels and short story collections about the ingenious Lupin, who came to be thought of as the larcenous French answer to Conan Doyle’s upstanding Sherlock Holmes. What distinguishes The Blonde Lady from Leblanc’s other Lupin novels is its subtitle: “Being a Record of a Duel of Wits between Arsene Lupin and the English Detective”. A later English-language edition was re-titled Arsene Lupin vs. Herlock Sholmes (the name of Lupin’s adversary being no typo, but a caution against copyright infringement, circa 1910).

The Blonde Lady is imaginative and clever, though it is best enjoyed today as an adventure in literary archeology. Nonetheless, the notion of the master burglar as heroic protagonist in opposition to the archetypal consulting detective gained new resonance for me upon the completion of my first mystery novel, Hammett Unwritten (pseudonymously credited to Owen Fitzstephen). The product of more drafts than I care to count, Hammett Unwritten owes little stylistically to the gas-lit work of either Leblanc or Conan Doyle; it is more the product of Hammett’s “hardboiled” school with a playful, modern sensibility. Nonetheless, I came to regard the process of its writing as an interaction between my initial, “ingeniously laid plot”—akin to that of a master burglar—and the subsequent consulting detective work necessary to discern and then further utilize the unconscious subtleties embedded in that original plan. In short, writing a layered novel requires the bold creativity of the cat burglar and the analytical sensibilities of the consulting detective.

Let’s consider the work of the gentleman burglar. If you are unfamiliar with Lupin, imagine Cary Grant in “To Catch a Thief” or George Clooney in the “Oceans” movies. He is no mere stick-up man. Sparked by a moment of poetic inspiration regarding a unique opportunity, the master burglar embarks upon his endeavor with enthusiasm and confidence in his ability to manipulate the expectations, perceptions, and reality of those he is attempting to fool (his “readers”). While his initial concept must be strong, he knows it is his ability to employ various ruses and identities that will determine his success. This is his plot. Also, this is plot, literally. And sometimes, that is enough.

But there can be more.

In short, writing a layered novel requires the bold creativity of the cat burglar and the analytical sensibilities of the consulting detective.

Sometimes, a writer has to change out of his gentleman’s coat and tails and into his deerstalker cap. Sometimes, after completing a draft, a writer may ask of his own work: What’s actually happening here on the page? What have I created? What is beneath all this? What does it mean to me? Why have I told this story and not another? What is hidden that I might yet expose? In short, his job becomes to detect. In this, the detective’s primary concern is not to discern the motivations of victims or witnesses, but the motivations of the master burglar himself. Of course, this is possible to do only after the plot has been carried through; that is, the detective cannot contribute until the burglar has made his mark. Only then is the game afoot.

Hence, a first draft is a crime scene.

So, the detective asks what details lie unrecognized that may become central to the emotional resonance, cultural significance, and eventual outcome. What is buried within the mess?

But when the detective unearths hidden verities what is he to do with them? How does he incorporate them into a new, improved version of the tale? After all, his is the analytical mind. He looks backward. He is not the progenitor of deceits and delights. So who will formulate his newly discovered insights into revised pages of surpassing depth and surprise? The burglar, of course, unable to resist returning to recklessly re-conceptualize the work.

This cyclical process of “inspiration-analysis-inspiration…” or “burglar-detective-burglar…” became only more significant to me in the writing of my most recent novels, Woman with a Blue Pencil, and Holmes Entangled. Both began with unexplored literary conceits that had occupied my mind for years.

In Woman with a Blue Pencil, I approached the question of what becomes of a character who is cut from an author’s working manuscript. That is, since characters’ lives seem to us to be in some way “real”, then what happens to a character whose reality has been excised by the author’s use of the delete button? Of course, such a purely literary question does not in itself constitute a workable plot. So I placed the question into an historical setting that featured actual dislocation and attempts of “erasure” of an entire group of people—the internment of Japanese-Americans in the years immediately after Pearl Harbor.

Article continues after advertisement
A writer may ask of his own work: What’s actually happening here on the page? What have I created? What is beneath all this? What is hidden that I might yet expose? In short, his job becomes to detect.

Additionally, Woman with a Blue Pencil needed to be a story of characters with whom we identify and for whom we care. This required asking myself why I was writing a novel about dislocation, alienation, and cultural erasure in the first place. These are fascinating subjects, but how were they personal to me? The answer led me to realizations about my own father and his perceived place in the world, realizations I’d likely never have attained absent the process of writing the book. This personal identification enabled me to elevate the characters’ situations beyond mere plot. So, returning to the proposition that writers can be at once both boldly imaginative burglars and analytical detectives, the process proceeded as follows: it was the reckless burglar who dared approach a story about “deleted” characters set in Los Angeles immediately after Pearl Harbor, the analytical detective who delineated the shameful implications of racism and mass internment, the passionate burglar who injected long withheld personal sorrow into the historically distant setting, and, finally, the clear-eyed detective who could identify that personal element and incorporate it into the mise-en-scène.

This brings us back to the place we started, Arsene Lupin vs. Herlock Sholmes….

Happily, the protagonist of my new novel, Holmes Entangled, bears no such absurd moniker as LeBlanc’s Herlock Sholmes. Conan Doyle’s great creation has now entered the public domain, so I needed partake of no hapless legal dodge in naming my main character. Yes, he’s Sherlock Holmes. Why write another book about Holmes, when his continually updated and re-imagined presence in the New Fiction section of bookstores has never waned? My inspiration for Holmes Entangled derived from the following skeletal concept: an author walks into a room to seek the help of one of his own characters, each being equally real and wholly unaware of their literary relationship. I might have invented two such characters, an author and his fictional creation, but with how much obtrusive back story would I have had to burden such an endeavor in order to achieve the same effect as that of a single scene in which Arthur Conan Doyle walks into a room to meet and seek the assistance of the famous detective Sherlock Holmes? The metaphysical context is immediately and economically apparent. And so the novel grows from there, touching not only on how such a meeting of author and character might be possible but also on conspiracy, murder, and the heartache that a 73 year-old Holmes feels for his recently deceased friend Dr. Watson, the generous and benevolent witness to Holmes’ not always generous and benevolent life.

The burglar and detective collaborate, alternately occupying the crime scene. Time and again, the preposterously bold burglar must re-conceive and the earthbound detective re-analyze until the work becomes sufficiently crafted that it gains both a sense of inevitability and multiple layers of meaning. And then, at last moved by hard won completion, the burglar and the detective can walk together into the foggy night, the start of a beautiful friendship.

And maybe a good book too.

Gordon McAlpine is the author of Holmes Entangled as well as Woman with a Blue Pencil and Hammett Unwritten and numerous other novels, as well as a middle-grade trilogy, The Misadventures of Edgar and Allan Poe. He has taught creative writing and literature at U.C. Irvine, U.C.L.A., and Chapman University. He lives with his wife Julie in Southern California. 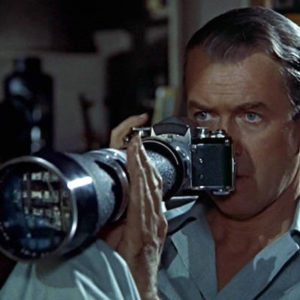 I love reading about dark things happening right under my nose. Sometimes things can feel dull and predictable out in the suburbs…but...
© LitHub
Back to top