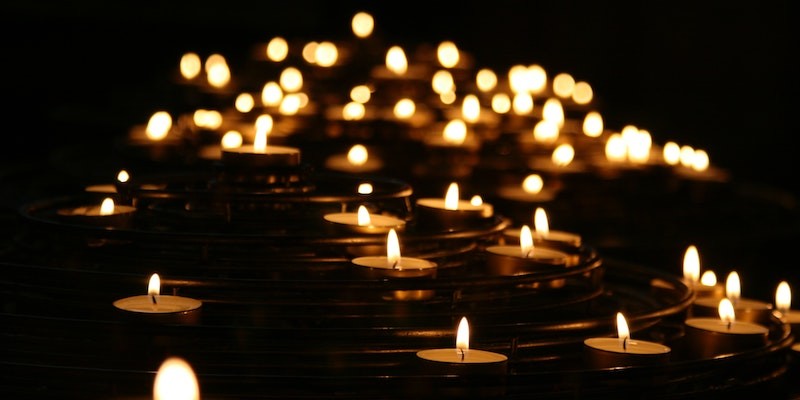 "Behind every shooting is a person, or rather many, many people, often ones who go unnoticed. These were the people and stories we wanted to bring alive with full humanity."

There was the mother who wasn’t allowed to touch her son after he was shot because she was told his body was evidence.

There was the mother who climbed into her child’s casket and had to be lifted out.

There was the mother who worked in the emergency room at a big hospital. Whenever a young Black shooting victim was whisked through the doors she looked down at the feet. She was always terrified that the victim would be one of her four sons and she told herself she would know by the feet—she couldn’t bear to look at their faces first.

There was the mom who has kept her son’s room and bathroom pristine since he was shot and killed two years ago. Even his toothbrush remains perched in a cup standing vigil. Sometimes she still tells herself he’s just visiting his grandmother for the weekend, that he’ll be home soon.

These are just some of the heartbreaking details we learned from mothers who had lost sons to gun violence while we were working on our new novel We Are Not Like Them. Interviews with them provided the inspiration for our character Tamara, the mother of an unarmed Black teenager shot by police officers.

One of the goals of We Are Not Like Them was to show the human beings behind the headlines. Jo has been a journalist for twenty years and she knows better than most how superficial news stories can be, particularly when it comes to stories of young Black men. Too many are big news one day and disappear the next. They’re headlines that get dismissed with a swipe or a tap. But behind every shooting is a person, or rather many, many people, often ones who go unnoticed. These were the people and stories we wanted to bring alive with full humanity.

We also hoped to have every angle of the story be emotionally resonant and heartfelt, so it was especially important to us to capture this particular grief—a mother losing her son to senseless violence—with respect and the appropriate magnitude.  Yet this was an intimidating prospect, putting yourself in the shoes of someone experiencing not just so much shock and pain, but also the rage and terror and helplessness of this particular scenario, emotions so visceral that words can fall short.

As writers (and as readers), we practice empathy by sitting with our characters’ pain.  And in the case of our journey to write this book, also sitting with a number of women themselves who have suffered this heartbreak and were willing to share their stories. There were the words themselves, and the tears, but also, the nervous fingers ripping a napkin, the shaking of a foot until a shoe slips from the heel, the long stares into the distance imagining a different reality.  All of it helped us have a better understanding of agony and grief, even if we could never fully travel there.

We’re indebted to them and also to the stories we gleaned from other firsthand accounts, stories, news articles and interviews etc—all the research we put into trying to get it right.

Another valuable tool for writers is, of course, other books and we immersed ourselves in many, particularly memoirs. Like Blue Nights in which Joan Didion grapples with the death of her daughter Quintana and Once More We Saw Stars where writer Jayson Green chronicles the sudden tragic death of his daughter Greta, or Congresswoman Lucy McBath’s memoir, Standing Our Ground, a piercing chronicle of how her 16-year-old Black son, Jordan, was shot dead by a white man for playing his music too loud.  A particular line haunted us: “I would never again feel the warmth of him, or rest my gaze on the particular shade of brown of his skin, or bask in the light that danced in his eyes as he bent to kiss my forehead.”

Beyond these and other memoirs, one particularly influential source was Shapearl Wells podcast “Somebody”, a series about her investigation into the death of her son Courtney.  The 22-year-old was found dead from a bullet wound outside a police station and Shapearl knew enough not to trust the official police narrative and confronted the police on her own.

Shapearl describes seeing her son’s body in the hospital.  “After a few moments I asked everyone to leave. I had to be with him by myself. I began to touch him . His body was still warm and I told him I’m sorry I wasn’t there for you when you needed me the most and I walked out of the room and it really hit me that Courtney was gone and I just collapsed.”

For Jo, the mother of two young children, this was unimaginable, and yet imagine we must because to do justice to the writing process you’re forced to put yourselves in the shoes of your characters, and face whatever horrifying, heart-wrenching experiences they do. Similarly, Christine, as a Black woman, had to reckon with a different kind of vicarious grief, the weight of racism and the centuries of harrowing violence against Black people.

And yet,  in addition to all the sorrow, we also drew strength from these accounts. These women, these mothers were so strong. They didn’t just soldier on, many of them became advocates in some way or another for social justice and to try to stop the continuing violence.

It was a tender balance of heartache and hope, in these conversations, as in life—it was the same balance we strove to capture in the pages of our novel. There’s a line in our book where our Black character Riley says about the young boy who was shot, “how many Justin’s do there have to be?”  And that’s what echoes for us.  To many mothers with too many lost sons.  But one thing we can do is bear witness, do their stories justice, and be inspired by their resilience. 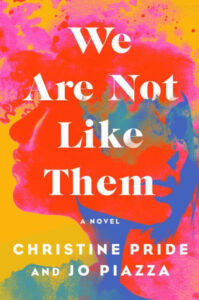 Christine Pride is a writer, editor, and longtime publishing veteran. She's held editorial posts at many different trade imprints, including Doubleday, Broadway, Crown, Hyperion, and Simon & Schuster. As an editor, Christine has published a range of books, with a special emphasis on inspirational stories and memoirs, including numerous New York Times bestsellers. As a freelance editorial consultant, she does select editing and proposal/content development, as well as teaching and coaching, and pens a regular column--"Race Matters"--for Cup of Jo. She lives in New York City. Jo Piazza is an award-winning journalist, editor and podcast host. Her work has appeared in the New York Times, The Wall Street Journal, CNN, Marie Claire, Glamour, and other notable publications. She is also the author of Charlotte Walsh Likes to Win, How to Be Married, The Knockoff, Fitness Junkie, and If Nuns Ruled the World. She lives in Philadelphia with her husband and two small children. 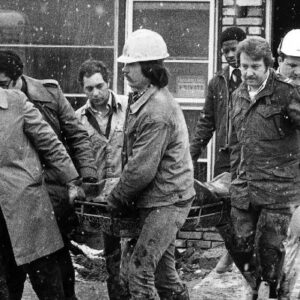 Photo credit: Sally Good/Chicago Tribune You know the story of John Wayne Gacy. You’ve seen the pictures of the smiling...
© LitHub
Back to top