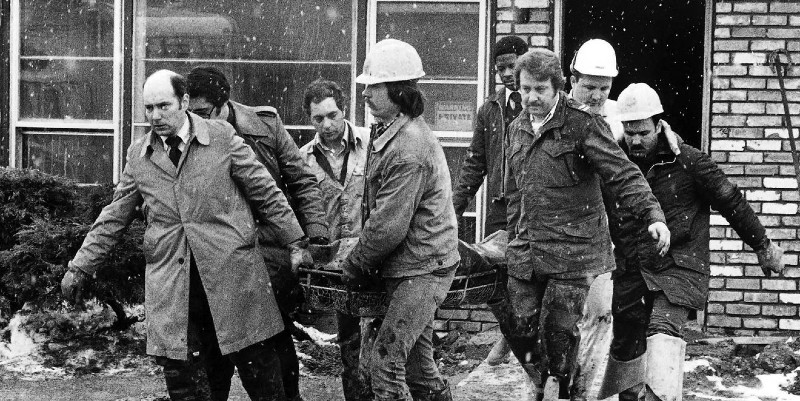 Gacy's victims were too often dismissed as runaways and hustlers.

You know the story of John Wayne Gacy. You’ve seen the pictures of the smiling clown standing proudly outside the suburban home. You’ve heard of the young men and boys buried in the dark crawl space below Gacy’s ranch house. 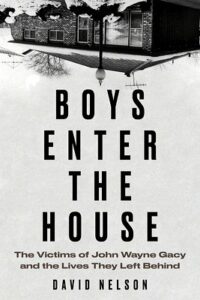 Maybe you’ve watched the news footage of the investigators bringing them out from the house in white body bags and loading them into a coroner’s van, the flash of camera lights illuminating it all for the eyes of America. But you don’t know the story of those boys. You might think you know; you might have heard them called—dismissed as—runaways or hustlers.

Primarily, their lives took shape in the 1960s, alongside the ongoing upheaval and social change that followed them into the 1970s, when their lives blossomed. That same change and upheaval also gave rise to the type of crime that ultimately took their lives. While at the time someone still had a higher chance of being struck by lightning than meeting a mass murderer (the term serial killer was coined in the 1980s), these crimes commanded national attention in ways that inflated their magnitude and frequency in society.

In the twentieth century, Chicago, where most of these boys came of age, had already earned a reputation with its many gangsters and headline murders, including the St. Valentine’s Day Massacre of 1929 or the case of Leopold and Loeb in 1924. But by the middle of the century, it had also seen a spasm of violence unlike any other, with motives unfathomable and unknown to people at the time.

James Degnan and his wife, Helen, woke on the morning of January 7, 1946. They went to check on their six-year-old daughter, Suzanne, who had not emerged from her bedroom inside the family’s large home on Kenmore Avenue in the neighborhood of Edgewater, immediately north of Uptown on the city’s North Side.

In her room the parents found an empty bed and a note demanding $20,000 in ransom, an amount that could easily be paid by James Degnan, a senior executive in Chicago’s Office of Price Administration.

Some say police acted on an anonymous tip; others say they were working merely on “hunches.” Whatever it was, it led them to a nearby sewer drain, where they found Suzanne’s head. Throughout the day, other parts of her body were located around the neighborhood. Even after her funeral four days later, police were still finding remains.

In June of the previous year, Josephine Ross, a forty-three-year-old resident of the Uptown neighborhood, had been found stabbed in her apartment. Several months later, Frances Brown, beaten, stabbed, and shot, was discovered in her apartment on Uptown’s border. Over her bed, written in smeared and uneven lettering, was a macabre plea in red lipstick:

Hundreds of suspects were questioned in connection to the murders. But it wasn’t until the arrest of a young neighborhood burglar that police believed they had a good suspect.

William Heirens, a seventeen-year-old University of Chicago student, was arrested after an attempted robbery in Rogers Park in June 1946. After almost six days of nonstop questioning, during which Heirens was beaten, administered “truth serums,” and blocked from meeting with family or legal counsel, he confessed to the murders.

Investigators were skeptical of the confession at first, but reporters caught wind of Heirens’s admission, and soon the media circus was in full force. The Chicago Tribune relished the bloodshed, even congratulating itself on new scoops each day. At times, reporters even made up gory and salacious details to increase readership.

In September 1946, after pleading guilty, Heirens was given three life sentences. Heirens died in 2012, at the age of eighty-three. With hindsight, modern investigators have pointed to a host of problems with both the police investigation and Heirens’s defense counsel. Relatives of the victims have even expressed doubt as to Heirens’s guilt and called for investigations of stronger suspects.

The story reverberated among the people of Chicago for years, though its notoriety faded in the shadow of other more infamous crimes and cases until it became just another horrific anecdote in the city’s long, sordid history.

Twenty years later, Chicago again wondered at how a single man could inflict so much violence. In 1966 Richard Speck broke into a South Side townhouse that served as a dormitory for eight student nurses. A ninth woman, who had previously lived at the house, decided to come back and stay the night. Speck spent most of the night torturing and killing them, before raping and killing his eighth and final victim. With the presence of a ninth woman, Speck lost count of his victims and inadvertently allowed one to survive by hiding under a bed.

During these decades, however, the worst occurred in Houston, Texas. Over the course of three years, Dean Corll, a vice president at his family’s candy factory, had plucked dozens of young men and boys from surrounding areas.

With two teenage accomplices, he’d scattered their young bodies across a series of beaches or underneath a boat shed owned by his family. Police dismissed most of the boys as runaways and barely bothered to look into their disappearances. The murders crescendoed, sometimes taking the lives of two boys in one evening, including a set of brothers. Corll also killed one boy, and a year later killed his younger brother. All the boys had been strangled or shot.

In the end, Dean Corll was betrayed by his accomplice, Wayne Henley, who had been friends with many of the boys while willingly luring them to their deaths. The savagery eventually caught up with Henley, and during one evening’s murderous debauchery, he shot Corll several times as he ran out of the bedroom naked.

Henley and another accomplice, David Brooks, spent the next few days leading police to the burial sites of the boys. Twenty-eight bodies were pulled out from the sand, a macabre record that would sadly be surpassed only a few years later.

In many ways, Corll’s case prefigured its successor. The unsuspected villain in good standing with his community. The teenage accomplices groomed as custodians of his secret. And the parade of victims—young men and boys— who became footnotes, statistics, callously dismissed as runaways, throwaways, hustlers, homosexuals.

You know the story of John Wayne Gacy. But you do not know the story of these boys, the brothers, boyfriends, sons, friends, students, who inhabit these pages, who came of age in the 1960s and flourished in the ’70s in a wild world full of music and change, darkness and love, light and dark.

David Nelson is the author of several short stories published in the Rappahannock Review, TishmanReview, and Another Chicago Maganize. A Chicago-based writer and a Masters graduate of Northwestern University's Medill School of Journalism, Nelson reported in 2013 on the ongoing identification process for war victims of the Balkans conflicts. His work was published by the Institute for War and Peace Reporting (IWPR) and continues to be used as an educational resource by the International Commission on Missing Persons. Nelson has been researching the John Wayne Gacy case since 2012, when he published an update on the case's developments for Medill. 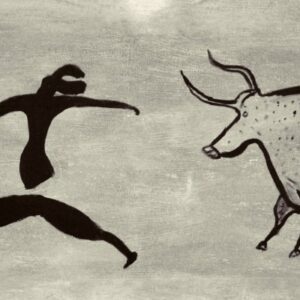 I was delighted when Otto Penzler asked me to be involved in this new short story project.  I felt the request implied he thought...
© LitHub
Back to top