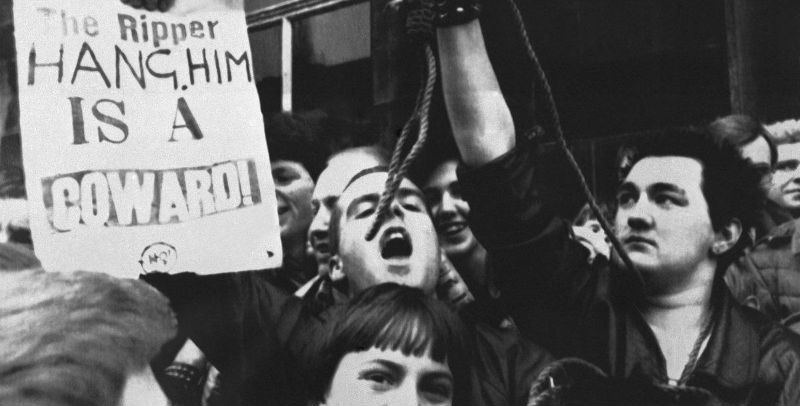 When I first encountered 1974, the opening novel in David Peace’s Red Riding Quartet, I was in a bad place. My father had just died and I’d been so broke that for his funeral I’d bought a suit from the Belfast Marks and Spencer, wore it during the burial in an apocalyptic downpour, and spent the night aerating it with a hairdryer so that I could return it the next day. I was living in New York at the time working as a barman in the Bronx and as a shop assistant at the big 82nd and Broadway Barnes and Noble bookstore. 1974 came in as an intriguing galley in the British edition published by Serpent’s Tail (a new edition of the Red Riding Quartet will be published by Profile Books this month). I was an obsessive reader of books and comic books, but I had decided a couple of years earlier that British contemporary fiction was not for me. The novels that were winning the Booker prizes and that were featured on Radio 4 and in the Sunday newspapers were all seemingly written by privately educated, very posh, very nice people who lived in leafy North London.

But 1974 was different, I decided as I sat there reading it in the toilet at my dad’s wake. It is the story of Eddie Dunford, a young working-class journalist for the Yorkshire Post who stumbles his way into a sordid conspiracy while reporting on the case of a missing girl who subsequently turns up dead with wings sewn into her back. The tale is a grim one but what exhilarated me about it was the greasy, sweaty, smoky claustrophobic feel of 1970s Britain and the urgency of the prose:

“Back at the house, first things first:

No news being bad news for the Kemplyas and Clare, good news for me.

This was Peace’s first novel but right out of the gate his style was confident, idiosyncratic, and coherent. Peace had something to say and that something was the bad news that we ordinary blokes down the pub or the bookies or the dole office are doomed because our lives are governed by a cabal of the wealthy, the wicked, and the powerful.

Peace had something to say and that something was the bad news that we ordinary blokes down the pub or the bookies or the dole office are doomed because our lives are governed by a cabal of the wealthy, the wicked, and the powerful.

David Peace was born in Yorkshire in 1967 and grew up in the mining and textile town of Ossett in the West Riding. He was educated at Batley Grammar School, Wakefield College and Manchester Polytechnic. In 1991 he went to Turkey to teach English as a foreign language and in 1994 he relocated to Tokyo, where he’s been living on and off ever since.

Exile, as it always does, has allowed Peace to refine his craft and cast back an unflinching eye on his homeland.

He followed up 1974 with the equally harrowing and dazzling 1977 which is a retelling of the infamous Yorkshire Ripper murders. The two main characters of 1977 also appeared in his earlier book: Jack Whitehead, star crime reporter, was Dunford’s friendly rival, while Bob Fraser, a helpful Yorkshire copper, was one of Dunford’s sources. But here Fraser has become something of a thug and Whitehead is jaded and traumatized by the events of 1974 and the Ripper years. The Ripper case damages both men and indeed everyone who comes into contact with it, like some kind of terrible flesh-eating disease. Jack sees all this near the end of the novel in a passage that has become famous among we Peaceniks:

“The footnotes and the margins, the tangents and the detours, the dirty tabula, the broken record.

The bodies and the corpses, the alleys and the wasteland, the dirty men, the broken women.

In 2003 Granta magazine named Peace as one of Britain’s best novelists under 40. But what distinguished Peace from many others on the list was his defiant northerness. British fiction had gone through a brief period after World War Two when torque pulled the pole of the cultural compass north. The fictional protagonists of authors such as Stan Barstow (also from Ossett), John Braine, Keith Waterhouse, Barry Hines and Alan Bennett were moulded by the bleak moorland landscape and were always intensely aware of money, accents, and class in a way that southerners were not.

Peace too is not shy about talking the price of a sandwich or a pint of milk. For the upper middle class money is a vulgar topic of conversation but when you don’t have any money the lack consumes your existence. Peace’s world radiates working class authenticity if not quite solidarity.

By the time of the third volume in the quartet, 1980, Peace is completely in control of his medium. Only an utterly unafraid author would start his book with a story about the “nignogs”, followed by an immediate jump cut to “Part 1: Saint Cunt” then another jump cut to a Ballardian page of dissonance that begins: “echo test transmission one a citizens band broadcast of pictures at an atrocity exhibition from the shadows of the sun out of the arc of the searchlight joyce jobson in halifax in friday the twelfth of july nineteen seventy four more life in a graveyard the rain keeping them in time for a look in the royal oak. . .”

In 1980 Assistant Chief Constable Peter Hunter has been asked to head a task force to look into the Ripper investigation. It is, as the Leeds fans chant at home games, “Ripper 13, police nil” and Hunter is under considerable pressure to get results. As his wife suffers miscarriage after miscarriage Hunter makes himself a deal with God: if he can catch the Ripper, they will have a child. Meanwhile Britain is reeling from John Lennon’s murder, strikes, Mrs Thatcher and the IRA.

As in all really good detective stories the detective mustn’t just solve the case but the case must also solve the detective. The nominatively determined Hunter suffers epistemic overload throughout the narrative as he looks at brutal crime scene photographs and interviews the dead girls’ relatives; and by the end, of course, he is a fundamentally changed man if indeed he is still a man at all.

For the upper middle class money is a vulgar topic of conversation but when you don’t have any money the lack consumes your existence.

1983, the fourth and final volume in the quartet, begins back-stage before a police press conference on Friday, May 13th 1983. Ten-year-old Hazel Atkins has disappeared on her way home from school. “No more dead dogs and slashed swans for us,” Detective Dick Alderman mutters gleefully in the wings. Three characters from the previous books come back again here: the decent local lawyer Big John Pigott; Maurice Johnson, the dirty cop whose Machiavellian rise has set much of the clockwork turning; and BJ, the rent boy from 1974. The slow-motion car crash of these three disparate individuals will bring to an end Peace’s scalding portrait of Yorkshire in this decade. As usual 1983 is a potent mix of prejudice, aggression, horror and surprising black humour. Don’t expect closure or happy endings but there is a forbidding satisfaction spending time in the company of an author wholly in command of his art.

The Red Riding books can be read as a series or as standalones unified by geography and thematically linked by murder, corruption, impotence and despair. Is the Red Riding Quartet David Peace’s masterpiece? It’s too early to say. Peace has written several superb, spare Japanese focused crime novels and his two football books The Damned United and Red or Dead have become instant classics. These football novels (like the Red Riding Quartet) are working class, northern, socialist and the love of the game is sincere, communitarian and quasi-religious—a million miles removed from the sophisticated, ironic, metropolitan stance of, say, Nick Hornby’s Fever Pitch.

Throughout Red Riding, Peace isn’t just spinning us yarns, he’s also trying to teach us a new way of telling stories: the use of leitmotif and repetition, the power of terse one and two word sentences, terrifying interior monologues, and the blending of the real world with a violent dreamscape signify a striking and important new voice in English letters.

The Red Riding Quartet is a compelling alternative history of Yorkshire from 1973 – 1983 that mirrors James Ellroy’s Underworld trilogy as an alternative history of Los Angeles 1958 – 1972, or Don Winslow’s soon-to-be Cartel trilogy about America’s relationship with drugs and Mexico, or Val McDermid’s retelling of the story of Britain from Thatcher to May, or Daniel Woodrell’s lonely heroes struggling against The Man, God and the elements in the Ozarks. Through the medium of crime fiction, Peace, like Ellroy, Winslow, McDermid, and Woodrell has a created a paranoid, brilliant, nightmare vision of the land they grew up in and perhaps the promise of a better world just over the horizon.

Like Ian Rankin’s Rebus books, The Red Riding Quartet are novels that are very local and very personal. Just as Rebus walks an arcane deep map through the psycho-geography of Edinburgh so Peace recreates the occult Yorkshire of his boyhood from a Tokyo suburb 7000 miles away.

These are tough, hard uncompromising novels set in a world of rain and moors and not much sunlight—but the grimness of the vision is always undercut by Peace’s facility with language and the dazzling beauty of his prose. Consider yourself cautioned. As the darts players warn us in that Yorkshire pub in An American Werewolf in London “Stay on the road. Keep clear of the moors. And beware the moon, lads, beware the moon.”

Adrian McKinty is an Edgar Award-winning crime novelist from Belfast, Northern Ireland. He has been shortlisted for the Dagger Award, Anthony Award, Theakston Award and has won the Ned Kelly Award, the Barry Award and the Edgar Award. 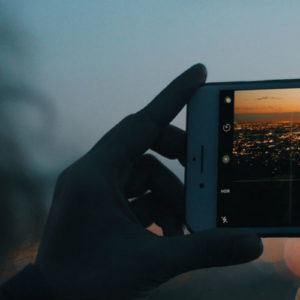