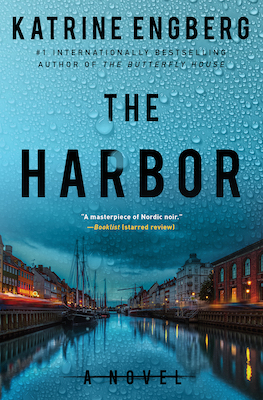 The following is an exclusive excerpt from The Harbor, the third novel in the Kørner and Werner series, by Katrine Engberg. When Jeppe Kørner and Anette Werner are tasked to find a missing teenage boy, their colleagues assume that they're looking for a runaway who does not want to be found. But the detectives aren't so sure, especially because the boy has left behind a strange note, containing a violent excerpt from The Picture of Dorian Gray.

After spending his weekend in bed, Michael woke up Monday morning with a throat full of glass shards. He had just pulled the comforter up around his fever-laden head and decided to call in sick, when his wife came in to stand at the foot of the bed, crossing her arms and giving him that look. Michael got up. After all, she was right. His job as crane operator at the incineration plant was still new, and he couldn’t risk making a bad first impression.

Pumped up on a mixture of Tylenol and black coffee, he drove out to Copenhagen’s industrial island, Refshaleøen, the car radio alternating between soft hits and crisp commercials, and gradu­ally he started to feel better. He parked the car, nodded to the guards in the lobby, and rode the elevator up to the staff room to change his clothes. Strictly speaking that wasn’t necessary, because the negative pressure in the sealed waste silo left the sur­rounding facility nearly odor-free, but Michael always changed into his boiler suit anyway. He laced up his protective work boots, put on his helmet, and walked through the plant with knees ach­ing from the flu.

The walkways around the silo made up their own world of steel and valves, control panels, boilers, and signs. There were no win­dows, the incineration plant comprising a closed system that lacked weather or any circadian rhythm. Michael casually ducked under the hot-water pipes, said hello to a couple of coworkers by the steam turbines, and let himself into the crane operator’s room. He stuck his lunch in the refrigerator and made a pot of coffee before sinking into his work chair with a heartfelt sigh. A ferocious scene came into view in front of him, one that he still had not fully gotten used to.

A window—the only one in the entire waste silo—offered a view into the heart of the incineration plant: the underbelly of Western civilization, a massive aggregated heap of filthy futility. Michael hadn’t worked with garbage before, and on his first few shifts he had felt sick to his stomach, as if he were witnessing the apocalypse and ought to be doing something instead of just watching it. It had gotten better over time. He had even started eating the cookies his coworkers left behind while moving the claw.

The claw! At eight meters across from leg to leg it resembled something from a dystopian world where giant spiders ruled a dead planet. Michael had brought many pictures of the claw home to his six-year-old son, who firmly believed his dad had the coolest job in the world.

In reality, his dad’s job was a little boring. The system that con­trolled the claw—moving it from the chutes where the waste carts were emptied and over to the ovens—was automated. Michael was only there to observe the transfer of the waste from left to right ad infinitum and make sure that nothing went wrong.

“Good morning,” said Kasper Skytte as he walked in and sat in the chair next to Michael.

Occasionally the process engineers came to check if there was trouble in the control system. Michael hadn’t noticed anything.

“Any problems so far?”

Luckily the engineers rarely spoke to the crane operators or any­one, really, who didn’t understand their technobabble. So Michael knew he would be able to work in peace, which was just as well. He felt feverish and hot and perhaps should have defied his wife and stayed in bed after all.

The engineer got up and clanked around with cups and spoons behind him, then yawned loudly and sank back into the chair beside Michael so they were once more seated side by side, watching the silo. Michael pulled his bag closer and dug around in it for some­thing to relieve his sore throat, hoping he still had a couple of loz­enges left. He found a pack of Ricola drops and gratefully popped one into his mouth.

The claw approached the window with a full load. It was always an impressive sight when it swung by really close. Trash dangled from its enormous grabbing arms, like tentacles on a jellyfish: a rope, a dirty tarp, a sneaker.

Michael leaned closer to the glass, squinting. That shoe was attached to something. Just as the load passed right in front of the window, an arm emerged, flopping out of the trash and dangling limply from the claw. Next to him Kasper spat his coffee at the win­dow.

Then Michael slammed the dead-man button.

Nothing Can Stay Hidden Forever: The True Crime Legacy of Lost Highway 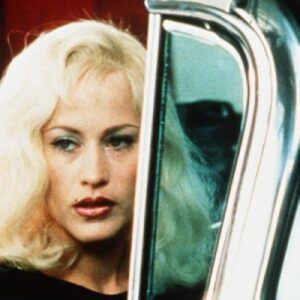 Nothing Can Stay Hidden Forever: The True Crime Legacy of Lost Highway In a pivotal scene from David Lynch’s baroque opus Inland Empire (2006), the director of the film-within-a-film reveals...
© LitHub
Back to top