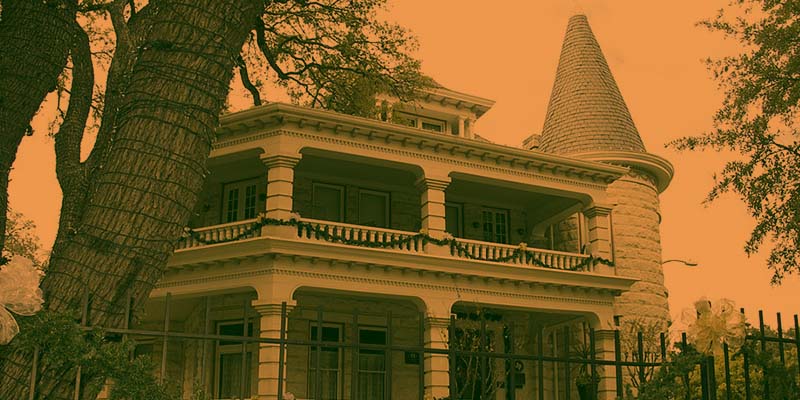 "The real-world connection of space and time is nowhere more apparent than in preserved historical properties."

In the early 1900’s, physicist Albert Einstein published his theory of relativity. While the intricacies of Einstein’s theory of relativity might seem daunting, at its core it is actually quite simple: There is no absolute reference point for time and space. Rather, we measure everything in relation to something else. Did one specific point in time come before or after another specific point in time? Where does a particular space sit relative to other spaces? What does it mean for a space to change over relative points in time? To me the real-world connection of space and time is nowhere more apparent than in preserved historical properties.

When I was a young child living in Papillion, Nebraska—a previous space and time—I witnessed an old house being moved slowly down the road past our home. The large structure had been put up on wheels and supports, and spanned not only the entire roadway but also several feet on each side of the asphalt. The house creeped along at a snail’s pace, pulled by a truck and painstakingly guided by a team of workers. Several hunched-over men shuffled along under the enormous house, which seemed ready to collapse and crush them at any moment. The move was a huge event in our small town and everyone came out to watch, lining the roadway with their mouths agape, intrigued by the process and the threat of danger. Even at that early age, I realized the house must have been very special to its owners for them to go to such lengths to preserve it, and I knew I was witnessing something extraordinary—an attempt to preserve a beloved space and extend its relative longevity. The house was the Harvey Shank Family Home, which was moved so that its former site could be prepared for construction of a hospital. A photo of the house being moved appears here: Moving the Harvey Shank Family Home

In today’s throwaway world, few things are made to last or considered worthy of preservation. In some places, entire neighborhoods have been razed and replaced by new houses, completely changing the landscape and personality of these areas. While the desire for modern conveniences is understandable, as is updating structures for safety or aesthetic reasons, I mourn the loss of what was and the sense of history—and the people who were part of that history—disappearing. Others feel the same, as evidenced by the groups who come together to save old homes or landmarks from the wrecking ball. We want these spaces to live on, and for the times that came before to be remembered and honored.

Since that first exposure to historic home preservation, I’ve had a soft spot for old houses, especially Victorians and farmhouses with big wrap-around porches. They harken back to an era when the pace of life was slower, and people had time to gather and chat as they sat outside in rocking chairs or on porch swings. Old Main Streets with their specialty mom-and-pop stores provide a sweet sense of nostalgia, too, of times before online shopping or even mega-malls. I feel a twinge in my heart when I see an old building suffering from neglect, and I know it could be beautiful if just given a little TLC.

Years ago, when it came time to pick a spot for our wedding and reception, my husband and I agreed that a historic home would be the perfect space in which to celebrate this specific and special point in time. We chose the Caswell House in Austin, Texas. Built in 1899, the home incorporates several architectural styles, and includes stone pillars, a wrap-around porch and balcony, and a turret with a cone-shaped roof. The home was divided into a duplex at one point, then later seized by the city with plans for it to be torn down for the building of an expressway. When the city’s plans changed, the house was sold to its current owners, the Austin Junior Forum, who made major renovations and now rents the beautiful venue for special events. Photos and information about this historic house can be found here: History of the Caswell House

Restoration and preservation are not only about maintaining a tie to the past, though. They are also about establishing our connection to the future. When I walk a well-worn stone stairway in an older building, I can’t help but think of all the feet that trod the steps before me and all the feet that will come after mine, too. While our tenure on earth might be but a blink of an eye in the long expanse of time, it’s reassuring to feel a connection to both what came before and what will come later, to serve as a link of sorts through the shared experience of simply being in a space that existed before we were born and will survive after we perish. The thought of being a relative reference point in space and time feels oddly and wonderfully significant.

On a lighter note, older buildings provide both a glimpse into the way things used to be done and also a challenge for those attempting to preserve or reconstruct the structure in a manner that is as true as it can be to the original time period yet still workable in today’s world. After all, people live much differently now than they did even a few decades ago. “Honey, I’m home!” doesn’t mean quite what it used to. We are far more casual these days, and the delineation between our personal and work lives has blurred, no longer merely a matter of the relative positions of the hands on the clock. The formal dining rooms of yesteryear are rarely included in new construction, and those that exist in older homes are hardly ever used now for their original purpose. Many have been remodeled into home offices, gyms, or craft rooms, or incorporated into the existing kitchen to form one large, unified space for both food preparation and eating.

While the construction methods used in old buildings teach us lessons in earlier technology and artistry, so do the buildings’ decor. Several years ago, I was surprised to see not curtains but Venetian blinds on the windows of a historic home. I learned that blinds, though they might look modern, have been around for centuries and are not so modern after all. Upscale wallpaper of certain eras did not repeat a pattern at regular intervals, but rather depicted a complete story from one end of a room to the other. What an intriguing detail! Even the furnishings of certain periods reflected the ways of the times. Before home safes and nanny cams existed to keep valuables secure, some pieces of furniture contained hidden compartments that could be used to store jewelry and other cherished items. One of my more amusing discoveries was at Belle Meade, a mansion and horse breeding facility in Nashville, where the homes’ gas lamps were fueled by methane from the animals’ manure. The design made the most of a sustainable, if smelly, resource.

Historic preservation can be costly and time-consuming, but with determined people championing the cause many more worthwhile properties can be saved and allow those who come after us to enjoy the satisfying sense of their special place in the space-time continuum. 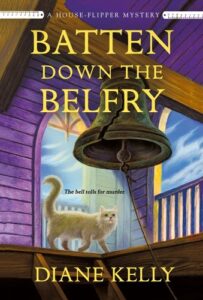 DIANE KELLY is a former state assistant attorney general and tax advisor who spent much of her career fighting, or inadvertently working for, white-collar criminals. She is also a proud graduate of the Mansfield, Texas Citizens Police Academy. Diane combines her fascination with crime and her love of animals in her stories. Diane now lives in North Carolina, where she spends her days catering to her demanding cats or walking her dogs in the region's beautiful woods. She is the author of the Tara Holloway series, the Paw Enforcement series, and the House Flipper series. Getaway With Murder is the first in the Mountain Lodge series. Her most recent novel, Batten Down The Belfry, is now available. 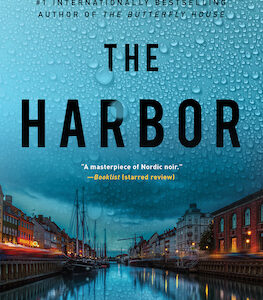 After spending his weekend in bed, Michael woke up Monday morning with a throat full of glass shards. He had just pulled...
© LitHub
Back to top