Central Asia stretches from the Caspian Sea to the borderlands of China’s restive Muslim province of Xinjiang; from the opium poppy fields of Afghanistan to the region’s old masters from Soviet days, Russia. Central Asia includes Kazakhstan, Kyrgyzstan, Tajikistan, Turkmenistan, and Uzbekistan. Seventy million people inhabit “the ‘stans.” (P.J. O’Rourke once unkindly dubbed them the “trashcanistans.”)

Along the old Silk Road, it’s mostly Muslim, but it’s a region that was a playground for Stalin’s ethnicity games; forced relocations that have left acrimony and disputed borders across the region. Kyrgyz peoples in Bishkek don’t trust Uzbeks in Tashkent and vice versa. And so on throughout the region like dominoes just ready to bloodily fall into each other across the vast landscape. Take the city of Osh, in the lush Fergana Valley, Kyrgyzstan’s second city populated by a mix of Kyrgyz, Uzbeks, Russians, Tajiks and various others—Tartars sent to the region by Stalin, along with Jews and dissidents of all stripes. Osh is just five kilometers from the Uzbek border—Uzbek nationalists claim it; Kyrgyz nationalists vow to die defending it one of many ethic powder kegs in Central Asia.

And things haven’t necessarily improved in post-Soviet times. A mish-mash of old enmities persists. The concept of “Mother” Russia, disputed borders, aggrieved ethnic claims, the rising colossus of China just over the horizon, a new Cold War (Kyrgyzstan has both a Russian and an American airfield with troop presences) are just some of the issues. Add in a flowering of organized crime along the old/new Silk Road transmission belt between Asia and Europe and, courtesy largely of neighboring lawless Afghanistan, cheap drugs of horrible quality. Consider Tom Callaghan’s description of the effects of krokodil, a cheap and very nasty opioid that is rife in the region:

Krokodil is the latest drug craze from Mother Russia, cheaper and much stronger than heroin…Poison, simple as that. Krokodil gets its name from the way your skin turns green and scaly where you inject, as infection and gangrene set in. Your flesh starts to die and rot almost at once, peeling away and leaving deep, unhealing sores that gnaw through tissue and muscle down to the bone…Swim with the krokodil and you’ve probably got six months to live, if you can call it that.

Callaghan is the best of a small but rather good crop of crime writers who’ve chosen Central Asia as their location. It’s a tough beat so be warned, there is nothing but seriously hard boiled fiction in the paragraphs below.

Callaghan’s four Bishkek-set novels: A Killing Winter (2015), A Spring Betrayal (2016), A Summer Revenge (2017), and An Autumn Hunting (forthcoming 2018) all feature Inspector Akyl Borubaev of the Bishkek Murder Squad. Borubaev, widowed, fond of a vodka, invariably caught between local and geopolitical forces, gangsters and the general toughness of Bishkek life, is so hardboiled he doesn’t crack a smile in any of the books. But then there’s not much to laugh about. His favorite bar (about the only one he can drink in without being shot) is the Kulturny:

The door swung outwards. With it came an unholy reek of piss, fried pelmeni dumplings and stale beer.’ The door is opened by a man with, ‘A shaven head…dotted with blue-black cobwebs—prison tattoos. Steroid-built muscles coiled and wriggled down arms bare in spite of the cold. A ripped T-shirt and greasy camo pants. Almost two solid metres of thug…“of interest to the Sverlovsky Police Department,” as they say in court.

And this is where Inspector Borubaev drinks when he wants to unwind from the shittiness of the Bishkek streets!!

Kyrgyzstan is also the location for Matthew Palmer’s Enemy of the Good (2017) in which U.S. secret Service officer, Kate Wallander, infiltrates the Kyrgyz democracy movement and the city’s underworld. Palmer is a writer adept at setting novels in political hotspots, having previously written about Darfur, Pakistan and Sarajevo.

But don’t think I’m singling out Bishkek and Kyrgyzstan for special opprobrium. Tashkent and Uzbekistan don’t get a much better tourism advert in Yohann De Silva’s The Opportunists (2009). Crime lords, corrupt officials, and the drug trade all meet in the Tashkent bazaars as an American, thinking he can duck out on his bad debts back home, becomes enmeshed in the Uzbek underworld. For some, true crime in Uzbekistan Craig Murray’s Murder in Samarkand (2007) is interesting. Murray was Britain’s Ambassador to Tashkent during the Blair years. It’s not your usual dry diplomatic memoir. Murray got seriously on the wrong side of the autocratic Islam Karimov administration when he alleged that information on Islamic terrorism in the region given to the C.I.A. by the Uzbeks was unreliable as it was obtained under torture. It was and neither Washington nor Tashkent cared for that fact to be aired. However, Murray’s own reputation and conduct in Tashkent was problematic too. Whatever the truth, it is the case that Murray knew the dark side of Uzbek politics and society better than most other foreigners.

It’s not all drugs and human rights abuses (though neither are ever far away): oil is also a big theme in crime writing set in Central Asia. Back in 2003 German journalist Lutz Kleveman published The New Great Game: Blood and Oil in Central Asia untangling the interwoven interests of America, China, Europe, the world’s most gas guzzling regions, pitted against the ‘Stans trying to control their own resources while fending off rapacious oligarchs and extremely violent and well-funded organized crime from pillaging the black gold. Corruption of Power (2015) by G.W. Eccles novelizes this new Great Game (updating Kipling’s old nineteenth-century intrigues between the Russian and British Empires in the region). Political corruption, state sponsored terrorism, and the increased Taliban insurgency are the backdrop as a Russian agent tries to ensure the smooth deployment of a pipeline from Turkmenistan to Moscow to ease Russia’s reliance on western controlled oil supplies. But who can you trust?

Certainly not your brothers; at least not if they’re in the “Circle of Brothers” who appear in many a Central Asian set thriller. The “Circle” is a loose collective (loose in that their kinship is pretty thin and they often decide to go to war with each other) composed of the criminal gangs that emerged in the ‘Stans after the collapse of the Soviet Union. As Tom Callaghan’s Inspector Borubaev explains:

Each of the countries has their own crime boss sitting at the table with their foreign counterparts, doling out territories, alliances, joint operations…Drugs are their big thing, as you’d expect, but they don’t say no to robbery, prostitution, counterfeiting, smuggling, or anything else that can make money and isn’t legal. And when it comes to ruthlessness, even the Russian gangs admit to being lightweight in comparison.

And, once again, we run into an old problem with this column—identifying locally written crime fiction. In Central Asia there is little tradition of crime writing, thanks to governments that are not overly happy about attention being drawn to their links to organized crime, internal corruption or abysmal human rights records. Writing contemporary crime novels is a hazardous occupation for writers living in these countries. So far nothing has made it into translation.

But we should note Uzbek novelist Hamid Ismailov’s The Devil’s Dance (2012). Ismailov was born in Kyrgyzstan, but grew up mostly over the border in Uzbekistan. In the early 1990s he was forced to flee Uzbekistan to Britain on charges of displaying “unacceptable democratic tendencies.” His work has been banned in Uzbekistan for thirty years now. In The Devil’s Dance it is New Year’s Eve 1937 and the (real life) Uzbek poet and novelist Abdulla Qodiriy is having supper when Stalin’s secret police invade his home and throw him into a Tashkent prison without charge and indefinitely. In prison Qodiriy reconstructs the novel he was working on before being arrested, a nineteenth-century tale of the tragic life of the Uzbek poet-queen Oyxon and the British Great Game spies who swarmed around the city of Bukhara, most of whom were (in real life again) summarily beheaded when captured.

See—I told you—there’s nothing that isn’t hardboiled in the crime fiction of Central Asia. 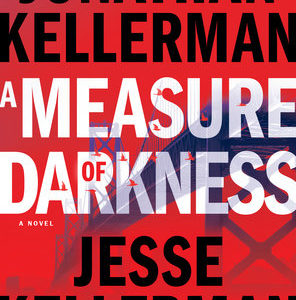 CHAPTER 4 5:09 a.m. Three hours along, I stood at the staging area, talking to Detective Jeremy Bischoff of Oakland...
© LitHub
Back to top