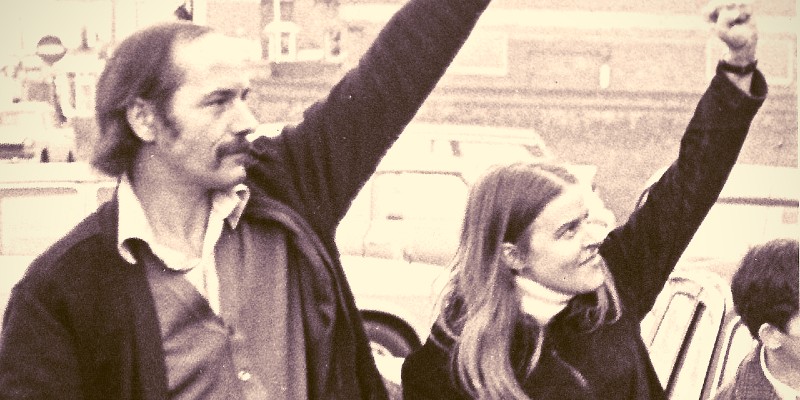 The Hidden History of Women and the IRA

"Perhaps we prefer to believe that the girls and women of the IRA and other radical groups were somehow tricked into joining, that they were naïve, that a man was somewhere in the background pulling the strings."

Last summer, two women from Northern Ireland were arrested after a long spy operation. An undercover MI5 agent, posing as a sympathizer, had managed to infiltrate the inner circle of the new IRA. Audio and video recordings were taken of secret meetings that covered, among other things, cyber attacks and bombing Shannon airport. The two women arrested in August, alleged leaders of the new IRA, will stand trial later this year in one of the largest terrorism cases of the decade.

Women have been part of the IRA from the start, but their stories remain largely untold. Their roles—their radicalization, training, combat, and varying levels of conviction or remorse—form a hidden history. During the Troubles, dozens of women were imprisoned for IRA activity. Some who survived the conflict have renounced their former army; others remain committed to the armed struggle into their seventies.

While researching my novel, Northern Spy, set in contemporary Belfast, I read some of the avalanche of nonfiction books written about the IRA, and noticed how their indexes list male name after male name. Slowly the hundreds of names grew familiar, reappearing in different books and documentaries, joining into a vast, complex web of combatants, leaders, politicians, informers. I saw the same archival photograph of Brendan Hughes, in a t-shirt and handlebar moustache, over and over again. Hughes was important, a commander in Belfast and a major strategist, who once escaped from prison in a rolled-up mattress. But Mairéad Farrell was also significant—an IRA member, shot while unarmed on operation in Gibraltar—yet tends to be accorded far less space. Throughout my research, I often read about the momentous hunger strike in the H-Block prison wing, but not much about the one in Armagh, the women’s jail. And I understand why a stack of biographies has been written on alleged IRA chief Gerry Adams, I would like to read a book about Martina Anderson, who was convicted of explosives charges, spent thirteen years in prison, and after her release was elected to the European parliament.

Last fall, Anthony M. Amore published The Woman Who Stole Vermeer, on the astonishing, little-known life of Rose Dugdale, the British heiress turned IRA sympathizer. In 1974, Rose stole nineteen old masters from Russborough House in County Wicklow. She wanted to use the paintings, which included a Vermeer and a Velázquez, as a bargaining chip to advance the republican cause. Before masterminding the heist, Rose had hijacked a helicopter and dropped bombs in milk churns on a police station in Northern Ireland.

After Rose’s first, smaller robbery, the judge gave her a suspended sentence: “I think the risk that you will ever again commit burglary or any dishonesty is extremely remote.” Amore calls this “a legendary display of poor character evaluation.” Months later, Rose stole paintings worth £8 million.

Rose referred to her radicalization as “a calm political act,” but no one at the time seems to have heard her: the media of the 1970s painted her as the dupe of her socialist boyfriend, ignoring her Oxford degree and doctorate in economics, her political convictions.

“Women terrorists are more fanatical and have a greater capacity for suffering,” says theorist Walter Laqueur. “Their motivation is predominantly emotional and can not be shaken through intellectual argument.”

Our notion of women in terrorist groups tends to hew to a Pied Piper narrative, of a woman being drawn to her doom by a man promising purpose and adventure. But over and over again, I heard of women who joined the IRA not because a man lured them in, whispering promises in their ears, but because of political injustice, and a disillusionment that peaceful civil rights demonstrations would work. They were radicalized by state violence: by internment, or detention without trial; by the abuse of prisoners by the police; by the murder of thirteen civilians by British paratroopers on Bloody Sunday in 1972. They recall watching soldiers kick down family doors, and the disappearance of the men around them for questioning. What emerges is a sense of being under constant siege, by the police, soldiers, and loyalist paramilitants. These are women who actively set out to join the IRA: befriending sympathizers, searching for a way in to the organization, coming back after being turned down. One woman was told by the IRA that if she joined, her future was either prison or death. She was undeterred.

After enlisting, women worked in the ranks of the IRA as couriers, lookouts, and spies. They joined active service units that carried out bombings and assassinations. Women tended to attract less suspicion at security checkpoints, allowing them to move more freely. Mia Bloom, a professor of security studies, says that as IRA men were arrested or killed in the ’70s, women and girls filled in the ranks. A teenage girl was, apparently, one of Belfast’s most accurate snipers. Bloom describes teenagers hollowing out their platform heels and filling them with weaponry: “Each pair of platforms could carry half a pound of explosives.”

Perhaps we prefer to believe that the girls and women of the IRA and other radical groups were somehow tricked into joining, that they were naïve, that a man was somewhere in the background pulling the strings. We tend to assume that women are inherently peaceful, especially once they have children. But motherhood can actually be a spur to join a terror movement, not a deterrent. Some IRA women viewed their struggle as a way to provide a different sort of life for their children, a peaceful one.

By the numbers, women are far more likely to join a domestic terror group than a traditional army. This may be because terror groups promise to remake society, and women, already disadvantaged relative to men, have more to gain. Mairéad Farrell, the IRA member, said, “I am oppressed as a woman, and I’m also oppressed as an Irish person. We can only end our oppression as women if we end the oppression of our nation as a whole.”

The central conflict of the Troubles hasn’t yet been resolved, and the new IRA remains active, mounting attacks on police officers in particular. After the sting operation last August, the police Assistant Chief Constable Barbara Gray said, “The new IRA does not care who it hurts or what it destroys. They care for no one.” Ignoring the women in its ranks would be a colossal mistake.

One of the women arrested last summer was described at her bail hearing as a grandmother with a clear record who “should be given the benefit of the doubt.” The prosecutor disagreed, calling her not a grandmother but “a dedicated terrorist.” It’s our job now to try to understand how a woman might be both. 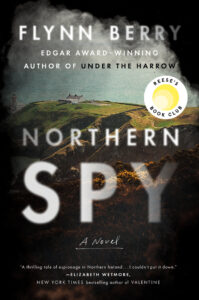 Flynn Berry is a graduate of the Michener Center for Writers and the recipient of a Yaddo fellowship. Her first novel, Under the Harrow, won the 2017 Edgar Award for Best First Novel and was named a best book of the year by The Washington Post and The Atlantic. Her second novel, A Double Life, was a New York Times Book Review Editors' Choice. Her new novel, Northern Spy, is now available from Viking Books.

In Good Taste: Marilyn Stasio on a Lifetime of Book Reviews 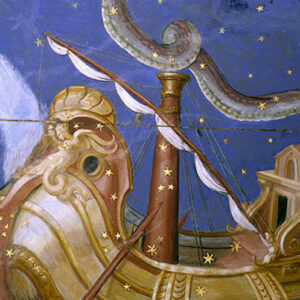 Let me be up-front about this: I am a story nerd. I love words and books and storytelling, and I gush about them with...
© LitHub
Back to top