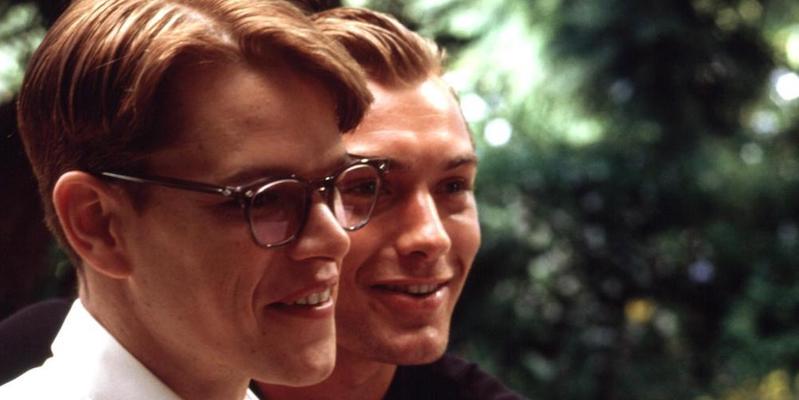 Queerness in crime fiction, and the long history of real crimes against gay men

Back in February of this year, The New Yorker published an article about the curious case of Dan Mallory, a seemingly bright and successful writer and former editor. The article, entitled “A Suspense Novelist’s Trail of Deceptions” unsettled many in the publishing industry. Mallory, a gay man, had fabricated all kinds of personal stories, allegedly grifting his way from college to Oxford graduate studies to editorial positions in London and New York, and finally to a successful career as a writer, living a comfortable life in New York’s Chelsea neighborhood. The New Yorker article, and subsequent commentary, pointed to the unsettling accommodations of those in the publishing world who, in hindsight, had concerns about Mallory’s personal stories of fabricated family tragedies, exaggerated list of degrees and experiences, and his dubious circle of celebrity friends.

But it was one detail of his story that struck me the most. At Oxford, where his former mentors recalled him as being “charming and talented,” Mallory studied Patricia Highsmith’s Tom Ripley suspense novels, which, as The New Yorker noted, “are about a charming, brilliant imposter.” It was another moment in the cultural life of the literary Ripley.

The Mallory story broke as I was rereading The Talented Mr. Ripley, the first book in Highsmith’s five book series that featured the eponymous Tom. I’ve always loved this story of an orphaned and working-class Ripley drifting in 1950s New York with little direction in life, playing with mail fraud and other minor criminalities. His luck changes when he is invited to Italy at the request of Dickie Greenleaf’s father to woo his bon-vivant son back to the United States for the serious work of the family business.

It’s along the Italian coast where Ripley’s minor social deceits coupled with his attraction for Dickie turn violent. Where Dickie meets his fate in a small boat in the Mediterranean. And where Tom ascends to a comfortable expat life in Europe pretending to be something he is not. Tom impersonates Dickie in mannerisms, vocal tone, and signature. Tom, the narrator tells us, “could look like a country gentleman, a thug, an Englishman, a Frenchman, or a plain American eccentric, depending on how he wore it.” But it wasn’t just national identity that was at play here. Highsmith, who herself was a lesbian, imagined Ripley as queer from the start, though, as biography Andrew Wilson notes, “he must never be quite queer—merely capable of playing the part if need be.” Queerness was its own kind of performance for Highsmith.

Producing the novel in a fevered rush in 1954, Highsmith would later recall how “It felt like Ripley was writing it,” adding, “it just came out.” Wilson speculates about the origins of Ripley, this seemingly likable young man with a violent, psychopathic heart. Was it an American the writer met on the beach in Italy a few years earlier? Or perhaps, as the biographer considers, the inspiration came from a small crime article from the Herald Tribune from 1954 that detailed the arrest of a man in St. Louis who burned down his own house with the body of his victim, leading the police to believe the killer was the victim. “Man ‘Buried’ as Fire Victim Seized as Murder Suspect,” the headline read.

But then, it wasn’t only faked murders that Highsmith would have found fascinating in the crime pages in the early years of the Cold War. As I reread The Talented Mr. Ripley, I was finishing a manuscript about queer true crime stories in mid-century America. Lost to history, these press accounts detailed violent crimes of men found stabbed, shot, or strangled in hotel rooms, apartments, public parks, and subway bathrooms. There were stories of brutal violence between roommates and lovers, sailors and civilians, young men and older men, working-class men and wealthy companions. Many of the victims were married men, living their sexual lives in secret rendezvous, under false names to hide their identities. Others were clearly living as gay men, single or partnered, participating in the queer worlds that were emerging in many cities across the country with increasing visibility. At the time, these stories simmered and boiled with sensational headlines of sex deviancy and homosexual criminality. I couldn’t shake the reality that the crime pages were offering me variations of Tom Ripley.

Take for example, the case of Walter Dahl who murdered his boyfriend Burt Harger in an apartment the two shared just west of Times Square in 1945. Harger was a world-renown ballroom dancer who, according to press reports, had given command performances for European kings. With his dance partner Charlotte Maye, Harger performed at the Biltmore Hotel and the Waldorf-Astoria. But in August of 1945, Harger had gone missing and about that same time, body parts started showing up on the New York City shores. Dahl pretended to the police that Harger was traveling out west. He even faked telegrams from Harger to himself detailing the dancer’s travels. Eventually, the tall, well built Dahl confessed to using a hammer to bludgeon Harger to death, and then dismembered his body, packaged the parts in sheets and towels, dropped them into the New York bay. The story made headlines across the country. The Star Tribune of Dahl’s native Minneapolis reported that Dahl killed Harger after a heated “quarrel over their strange intimacy.” Dahl was convicted on manslaughter.

A few years later the murder of a Colin MacKeller, a wealthy Canadian businessman, in the Waldorf Astoria made headlines across North America. Fifty-six-year-old MacKeller, a married man and father of two, met Ralph Barrows in the Astor Hotel Bar, known at the time for its queer socializing. The press described Barrows as a “strapping nineteen-year-old Adonis,” who had a history of delinquency, theft and robbery. The two men had several drinks at the Astor Hotel and then ventured to the Forty-fifth Street Café, a seedier tavern west of Times Square before heading to MacKeller’s hotel suite. There the two continued drinking and, according to the New York Times, Barrows admitted he got up and hit Mr. MacKellar hard on the jaw, with his fist, and that the executive fell.” Barrows continued to stomp on his companion causing severe internal injuries. “What the two argued about,” the newspaper noted,” the police would not tell.”  At his trial, Barrows claimed self defense against the MacKeller’s indecent advances—an often-used defense in the era to suggest aggressive, sexual deviancy on the part of the victim. Barrows was convicted of first-degree manslaughter, a lighter verdict than murder. The sentencing judge described the former football player as possessing a “psychopathic, abnormal, sexually perverted and sadistic personality,” and added “he is a sexual maniac, a menace to society—good looking, well-built, personable, ingratiating, and congenial, which makes him all the more dangerous.”

What the reviewers found so thrilling in the novel was precisely what the crime pages made so vile.

The same could be said for Tom Ripley. The Washington Post called the Highsmith novel “[a] fascinating tale of a repellent character,” while The New York Times praised the book describingRipley as a “congenital psychopathic inferior” who builds an “intimacy with a wealthy youth that tempts him to murder.” The New Yorker called Ripley “one of the most repellent and fascinating characters” of the era, noting that Tom “kills one young man, for whom he feels a strong homosexual attachment.” The reviewer added, Highsmith told “this remarkable immoral story very engagingly indeed.” What the reviewers found so thrilling in the novel was precisely what the crime pages made so vile.

But the novel and the crime stories also reflected one of more compelling ideas about sexuality in the Cold War: the uncertainties of homosexuality itself. Alfred Kinsey published his famous study of sexual habits of American men in 1948, sparking tremendous public discussion. The study found that homosexual activities among men were much more common than previously believed, casting doubts about the standard theories of the time that homosexuality was an aberrant condition among a minority of men. But it was not only what the Kinsey’s study revealed that was unsettling, it was also what it made uncertain: that even the seemingly normal and congenial neighbor or co-worker might be a homosexual (or at least engage in homosexual practices). In this light, homosexuals, like Communists, were increasingly understood as a vast, undecipherable network of deviants that threatened Cold War life.

Tom Ripley was as much a force of Highsmith’s imagination as he was of the fears of sexual deviancy and psychopathic violence in the 1950s.

Tom Ripley was as much a force of Highsmith’s imagination as he was of the fears of sexual deviancy and psychopathic violence in the 1950s. But in another way the novel is quite radical in how we thrill in Tom’s deceits and his skills at eluding detection—for either his crimes or his sexuality. Highsmith rejoiced while writing the novel, noting in her journals that she had created a book where there was an “unequivocal triumph of evil over good.” The claim was a symptom of the writer’s well-known fascination for the dark side of human nature, and her own misanthropic personality.

But it was also a reality about the novel itself. The Talented Mr. Ripley is a dark novel, and Tom is a dark, existential figure of American literature. His continued attraction and cultural life reflects as much a fascination with Cold War America, and the powerful lure of the confidence man, as with the image of the devious and violent queer criminal. The recent popular series The Assassination of Gianni Versace by Ryan Murphy, which fictionalized the brutal killing of gay and straight men across the country by Andrew Cunanan in the 1990s, is but the most recent incarnation of the figure in the press and fiction where sexual deceitfulness, violence, and those “strange intimacies” between men continue to be a compelling and unsettling story of American crime.

James Polchin is an Edgar Award nominated writer, professor, and cultural historian. Indecent Advances: A Hidden History of True Crime and Prejudice Before Stonewall (Counterpoint) is out now  in paperback. 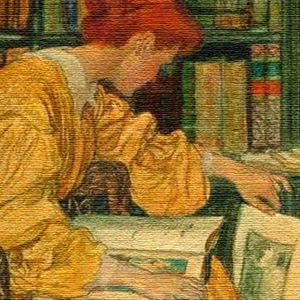 The true crime renaissance has been in full effect for several years now. Just look at the popularity of Netflix series like...
© LitHub
Back to top