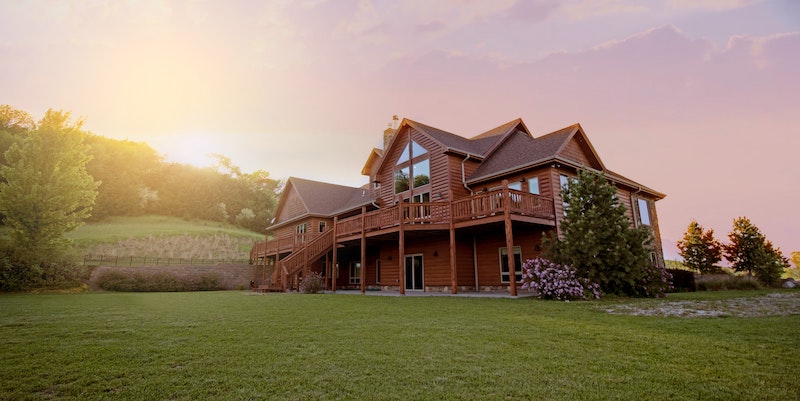 Or, brief and anecdotal musings on the friendliness of the spirit world and the joys of inspiration.

A young woman and her husband bought a country house in northern Michigan. The rambling structure was once a retirement home for opera singers who had performed throughout the Midwest. The house needed a lot of work, but it was huge and weirdly beautiful. It was—or so it seemed—a steal.

One night, while the house was being renovated, the woman spent a weekend alone there. Her  husband was on business, in Chicago. At about seven on Saturday night, she was surprised and a little alarmed to hear a woman singing opera. The music was anguished and frantic, and the young woman, who knew nothing about opera, assumed it was some kind of mad scene. But where was the music coming from? Had one of the carpenters or roofers left a radio or phone?

The music seemed to be coming from the attic, which was crammed with junk accumulated over years. The women was hesitant to go up there. She was pregnant, and was afraid of tripping over something, or inhaling something toxic.

Anyway, the music stopped after an hour or so. The woman fell asleep.  In the morning she told herself she’d dreamed or imagined it, and didn’t mention the music to her husband when he returned.

The next Saturday night, she and her husband were enjoying a quiet dinner, when this time they both heard the music. Her husband—who was an opera fan—identified the mad scene from Lucia.

Together they went up to the attic. As soon as they opened the door, the music stopped. They searched through the crumbling boxes, but found nothing; no radio, no phone.

They were reasonable people.  They knew there had to be a logical explanation, but what could it be? For the first time they worried that buying the house had been a mistake.

At least they only heard the music on Saturday nights. They tried to tell themselves that it was just scary entertainment. The ghosts of the musicians who’d lived here were performing for them. Or still rehearsing. But how did the ghosts know what day it was? And so what if they didn’t believe in ghosts?

Though the renovation wasn’t finished, they invited friends for a weekend. They half hoped, half didn’t hope, that they would all hear the music, so at least they would have witnesses. But no music sounded, no one heard anything.

Until the next Saturday night, when they were alone . This time it was a man singing “Nessun Dorma,” from Turnadot.

Nessun dorma, said the husband, means: No one can sleep.

The husband wanted to tell someone, he even suggested hiring one of those people who get rid of poltergeists. They could just ask…The wife refused. She worried that if anyone knew she was hallucinating,  they’d think was wasn’t fit to be a mother. She didn’t tell her doctor. They didn’t tell the contractor why they wanted extra insulation between their bedroom and the attic, and anyway, it didn’t muffle the music.

I remember asking my mom how the story ended.

The renovation was finished by then, and the first Saturday night that the new parents brought their infant daughter home from the hospital, they listened for the music—but all they heard was their gurgling cooing newborn. The woman believed that the baby’s good energy had driven out the bad energy of the ghosts, but the husband said the ghosts were keeping quiet so as not to disturb the baby, not to keep the baby awake.

They liked that explanation better.

Finally, it was a happy story, but when I thought about building a novel around it, I wanted to make it more…suspenseful. More…disturbing. I wanted to add a few twists.

I don’t know much about opera, but I’m a fan of Broadway musicals, and when I decided to make the house a former rehab center for Broadway singers and actors, I knew I had to move the house closer to Broadway: upstate New York. When I figured out what musical I wanted —“My Fair Lady,—the story took off from there. As stories can do.

The first scene, when the woman from the real estate office sings that terrifying version of “All I want”—it gave me the chills when I wrote it.

I think everyone dreams of finding an old diary that no one else knows about, that seems to be speaking directly to them. But I knew that my heroine wouldn’t like what the diary was saying.

The marriage in the story that my mom told was a happy one, but totally happy marriages  aren’t great material for domestic thrillers. So I added a little marital damage. If there’s work being done on the house, you need a handsome contractor. And someone—or more than one person—had to be working behind the scenes, pulling strings…

Ever since the first time I saw Frankenstein, I’ve always loved the idea of mad scientists.

I wanted the reader to feel like I’d built a roller coaster inside a big old house. And I wanted to come up with a really mysterious and shocking ending that sent my readers back through the book, trying to figure it out….

When I was a child, every October we used to get lost in the corn mazes that farmers built near our town. The rambling farm houses made great haunted houses on Halloween. It was amazing, how much creativity people put into those places. I found the haunted houses thrilling and terrifying. According to my mom, I had nightmares for weeks after Halloween, but I never wanted to stay home the next year.

I’ve never believed in ghosts or witches or goblins. But sometimes I think I was permanently affected by these childhood Halloweens, and that maybe they helped make me the kind of writer I am today—someone endlessly interested in mystery, danger, and in how things (and people!) aren’t always what they seem. 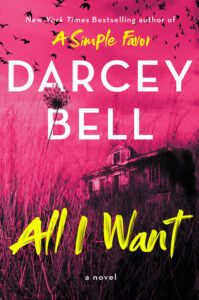 Darcey Bell is the New York Times bestselling author of All I Want, Something She's Not Telling Us, and A Simple Favor, which was adapted into a critically acclaimed film starring Blake Lively and Anna Kendrick. Darcey was raised on a dairy farm in western Iowa and is currently a preschool teacher in Chicago. 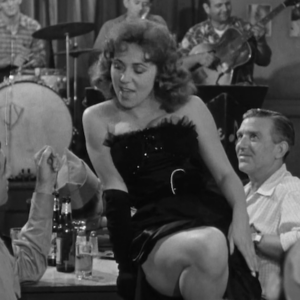 On January 5, 1950, Estes Kefauver introduced a Senate resolution calling for an investigation of organized crime—in particular,...
© LitHub
Back to top