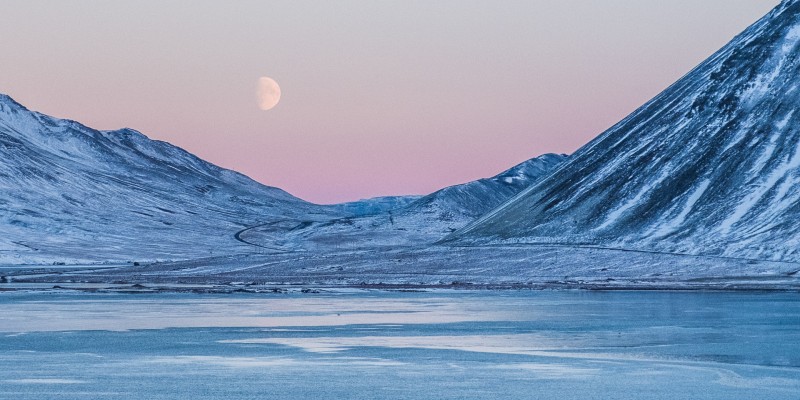 The Arctic Circle is home to four million people—and more mystery novels than you might think.

It’s time for Crime and the City’s annual winter holidays. And this year we’re heading to the Poles.

OK, just so we’re clear before we begin – the Arctic is the northernmost part of the Earth, the North Pole, and the Antarctic is the South Pole. They’re both cold – not as cold as they used to be, which is a problem – but still very cold. Throw in Alaska, bits of Canada, Russia and Scandi and the population of the Arctic is around four million people. Compare that to the barely four thousand who live in the 5.4 million square miles of Antarctica. To get a feel for the terrain maybe watch Fortitude, set on the (fictional) Norwegian Arctic island of Fortitude, where an international community starts to experience a string of strange deaths. So, don’t think that freezing weather and not many people mean there’s no crime! There’s plenty. For this two-part Crime and the City (Arctic and Antarctic) let’s start at the top of the world…the Arctic…

If you need a classic to get you started in the Arctic then of course there’s Mary Shelley’s Frankenstein (1818) which starts in the North Pole with the crew of a ship spying a dog sled driven by a gigantic figure and then coming across the half-frozen Victor Frankenstein who tells the ship’s captain his story – the story of his creation, “the creature”. Finally, we return to the Arctic and the ship trapped in pack ice – but no spoilers!! And we can’t let Frankenstein side-track us now or we’ll never get to anything else.

Perhaps the best-known thriller with a mystery weaved in and set in the Arctic is Alistair MacLean’s Ice Station Zebra (1963), not least as it spawned a successful movie in 1968 with Rock Hudson. Ice Station Zebra is a British meteorological station at the height of the Cold War (and where better to fight a cold war than the arctic!). An American submarine is sent on a rescue mission. At the station they encounter plenty of dead men and some barely alive as well as soon determining that, of course, the station is a listening post focussed on the Soviet Union and not a weather station at all.

Perhaps now almost equally well known is Lionel Davidson’s much reprinted and reissued 1994 novel Kolymsky Heights. A super-secret laboratory deep in northern Siberia sends a note pleading for help to indigenous Canadian Johnny Porter of the Gitxsan people, and a superb linguist. Porter is quickly recruited by the CIA and infiltrates Russia where he meets, and falls in love with, CIA agent Tanya Komarova who helps him infiltrate the research facility where its director Ephraim Rogachev is keen to let the world know what’s going on (no spoilers!). The scenes where the Soviets chase Porter first on snow ploughs, and then on skis, to the Bering Sea and the chance of getting back to America are some of the most edge-of-the-seat in a modern thriller novel. It’s also a novel that is well-researched and provides a fairly deep study of the Kolyma region and of the indigenous peoples of the Russian Far East, British Columbia and the Arctic Circle.

Staying on the North American side of the Arctic MJ McGarth’s Edie Kiglatuk trilogy starts with White Heat (2011). On Craig Island, north of the Arctic Circle, three travellers are hunting duck. Among them is expert Inuit hunter and guide (schoolteacher and one time polar bear hunter), Edie Kiglatuk. But when one of the men is shot dead, the local Council of Elders in the tiny settlement of Autisaq are keen to dismiss it as an accident. Edie is drawn into the investigation. In book two, The Boy in the Snow (2012), we’re once again in the company of Arctic guide Edie Kiglatuk as she stumbles across a body abandoned in the Alaskan forest. Police suspect the involvement of a strange Russian cult. Edie is once again forced to investigate in the most inhospitable of terrains. In The Bone Seeker (2014) its what passes for summer in the High Arctic and young Inuit Martha Salliaq goes missing from her settlement. Edie searches for her finding horrendous hidden pollution in the Arctic, a decommissioned radar station and just how long the Arctic’s White Nights can be.

Loreth Ann White’s In the Barren Ground (2016) is set in northern Canada bordering the Arctic Circle where rookie cop Tana Larsson, five months pregnant, takes a job in Twin Rivers, population 320. That makes Tana the sole police officer for 17,500 square miles. When she gets called to a fatal wolf mauling of two students Tana finds that perhaps there’s a lot more going on than just some savage wildlife.

Moving around the Arctic Circle, Christopher Petersen’s Seven Graves One Winter (2018) is set in the remote Arctic community of Inussuk, Greenland, 600 kilometres north of the Arctic Circle. Constable David Maratse is invalided off the Greenland police force and moves to a small settlement to live the life of a subsistence hunter and fisherman. But when he finds the dead body of a senior politician’s daughter, he becomes both prime suspect and lead investigator in Greenland’s most sensational murder case.

Petersen is a prolific Danish writer who lived in Greenland for many years. David Maratse now features in six books in the Greenland Crime series. The third in the series, Killer in the Arctic (2018) is particularly atmospheric of the region, set during the sunless and tortuous Greenlandic winter as Maratse teams up with serving Greenland Police Sergeant Petra Jensen.

Jensen actually gets her own spin-off series written by Petersen – the Greenland Missing Persons series, which roams across Greenland and the Arctic over two novels and nine novellas. And then there’s Petersen’s Greenland Undercover crime series too. All in all, if you want to spend a lot of time around Greenland then Christopher Petersen’s your man.

While we’re in the Scandinavian part of the Arctic we should give a nod to Arnaldur Indridason (who features in more depth in the Crime and the City on Reykjavik) and his novel Arctic Chill (2009), which is the fifth book in his popular Reykjavik Murder Mysteries series. A dead Thai boy a long way from home, a suspected paedophile on the loose and a case that takes Indridason’s long-running Detective Erlendur even further north than normal.

And, finally for the Scandi Arctic Circle there’s Asa Larsson’s successful five-book Arctic Murders series (now also a TV series). In the first book, The Savage Altar (2008) a church in the glittering frozen wastes of northern Sweden. Inside, a sacrifice: the body of a man – slashed to pieces, hands severed, eyes gouged out. Rebecka Martinsson, a hot-shot lawyer in Stockholm, returns to the Arctic to help solve the crime. The Second Deadly Sin (2013) starts with a bear hunt across the wilderness of Northern Sweden. In the town of Kurravaara (a real place by the way) a woman is murdered and only Rebecka Martinsson can see the link between the bear hunt and the homicide. In Until Thy Wrath Be Past (2011), it’s the first thaw of spring and the body of a young woman surfaces in the River Torne, Martinsson is working as a prosecutor in nearby Kiruna, and will collaborate with Police Inspector Anna-Maria Mella to find the killer.

And finally, as ever something a little special and different. Alice Henderson is a wildlife sanctuary monitor, geographic information systems specialist, and bioacoustician (I know you all know, but just in case – the investigation of sound production, dispersion and reception in animals) who’s worked on grizzlies, wolves, wolverines, jaguars, and endangered bats. And Henderson is also a mystery author – author of the Alex Carter, wildlife biologist, series. The first Carter book, A Solitude of Wolverines (2020), was set in Montana where Alex is studying wolverines on a wildlife sanctuary and being threatened by some nasty locals who want her land. In her second book, A Blizzard of Polar Bears (2021), Alex Carter finds herself studying a threatened population of polar bears in the Canadian Arctic. But someone doesn’t want her to complete the study and armed assailants closing in on snowmobiles mean Alex must use all her survival skills and knowledge of the Arctic to survive and solve the mystery.

Every Arctic crime novel has one thing in common – cold. So I wouldn’t recommend any of these novels as holiday beach reading (unless you don’t much like the beach and need to mentally cool down). Better to dig our a woolly jumper, throw a log on the fire, warming beverage of your choice and head to the far, far north.

Next time – down to the Antarctic…

Why I Chose To Set My Series in the Gilded Age 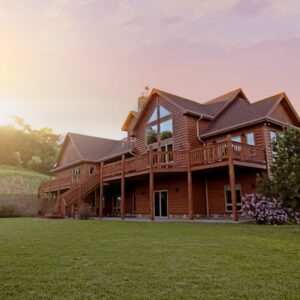