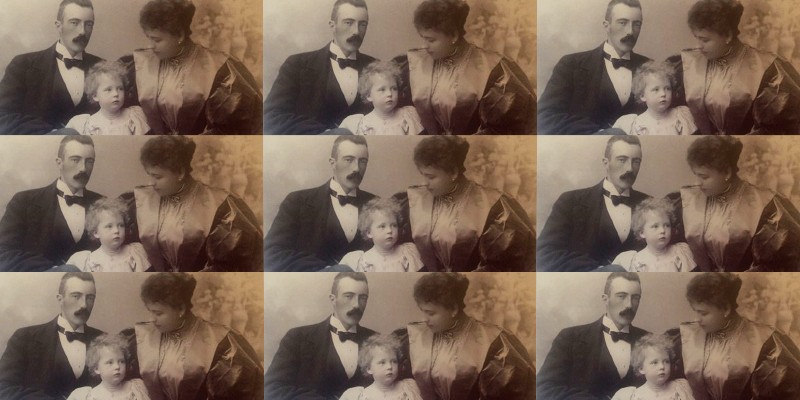 Even the members of the Romanov family chafed under the heavy-handed rulers of Russia.

Russians, double agents, secret police, and assassinations may all sound like elements of a Cold War novel, but they’re also part of a much earlier era—Imperial Russia. As a writer of historical mystery, I’m always tempted to include real people in my novels. When I learned that in November 1899, Grand Duke Michael Mikhailovich Romanov paid a visit to London—the setting for my series, I couldn’t resist. I knew enough about the Russian Imperial family to know they’d make for interesting research—all those elements noted above and royalty. Perfect for crime fiction.

But incorporating real people into fiction is tricky. The situation is fictitious, but the people have to stay true to their characters. My victim is a fictional Romanov cousin, murdered on British soil. For reasons of their own, my protagonists need to solve her murder, and the grand duke could provide some much-needed assistance. But in reality, was he the type of person who would help them willingly—or even grudgingly? If I wanted to use Michael Mikhailovich Romanov in my novel, I had to become very familiar with him and his family. It was time for more research.

First, the Romanov family. As a former Russian language student, I remember my teacher, a Russian emigree, speaking of the Imperial family. She called them ruthless, absurdly wealthy, and all powerful. My early research indicated that she was right. They also had control issues—as in how does one control a population of over 100 million peasants and poor industrial workers spread over 23 million square kilometers? The wealth of the Romanov family in 1900 was estimated to be approximately $250 – 300 billion in today’s dollars, so control was crucial, both to maintain that wealth and their power.

The Romanovs had a history of taking charge. From Peter the Great onward, each successive ruler consolidated more power to the czar while reducing it among the nobles, the ministers, and the church. Sure, there were coup attempts, the occasional riot, even a successful assassination—that of Alexander II, but those events only brought on a tightening of controls.

When Alexander III succeeded his father in 1881, he put an end to parliament and elections. Newspapers, books, and magazines were heavily censored. Student organizations suppressed. Civil liberties suspended. And the secret police, the Okhrana, was established. Okhrana agents infiltrated every trade union and revolutionary publication, and ultimately controlled them, thus stopping any revolutionary activity in its infancy, both in Russia and abroad.

In A Fiancée’s Guide to First Wives and Murder, the victim, Irena, is the fictitious illegitimate daughter of the real Grand Duke Alexei Alexandrovich Romanov. As a baby, Irena, who was half British and half Russian, was sent to live in France. During the investigation, it’s suspected that her foster family, the Teskeys, had been spies for the czar, a definite possibility because the Okhrana had a bustling operation in France. With agents like my fictional Teskeys, there was no escaping the watchful eye of the czar.

By 1900, the czar of Russia controlled not only the state and the church, but also the truth. The point of this type of rule was to keep the population off balance and unable to tell truth from lie. Not knowing who they could trust, they trusted the czar, because dissent was the fastest way to prison.

Members of the Romanov family were not exempt from this control. The two who appear in my novel had well-known disputes with the czar. One was the son of Alexander II, Grand Duke Alexei Alexandrovich. Grand Duke Michael Mikhailovich was Alexander III’s nephew. In their defense, it’s likely neither of them dreamed they were acting in defiance. They just fell in love—with the wrong women.

The love of Alexei’s life was Alexandra Zhukovsky, a maid of honor to the Empress, his mother. She was beautiful, eight years older than him, and as a commoner, totally unsuitable. There’s an unverified story that the lovers fled Russia and married in Switzerland, but money and duty forced their return. What is known is that without Alexander II’s permission, their marriage was illegal. He refused his permission and the marriage was annulled even though Alexandra was pregnant with Alexei’s child.

Alexandra was banished from Russia. Alexei was sent off to sea. His son was born in Austria, and a few years later, Alexandra remarried. Alexei remained a bachelor (though something of a playboy bachelor) and never saw Alexandra again.

Twenty years later, Michael Mikhailovich may have noted Alexei’s sad tale because he eschewed the whole concept of asking for permission. He fell in love with Countess Sophie von Merenberg when they met in Nice. He knew Alexander III would not grant permission for the marriage. Sophie’s mother wasn’t royal, and her maternal grandfather, Alexander Pushkin, had African ancestry. The lovers decided permission didn’t matter and married anyway.

The news caused an uproar in the Imperial Court. The czar declared the marriage illegal. Michael was stripped of his military rank, his position at court, and banned from Russia for life, unable to return even for his mother’s funeral. However, he was allowed to keep his title and the income from his property. As Romanovs went, Michael was looking pretty good to me. He had to have known this could happen and still chose love over his powerful, fearsome family.

Or did he? Considering the devious methods the family used to maintain power, I have to wonder. Could someone raised around such status and wealth simply walk away from it? Considering Alexander III’s need for control, would Michael have been allowed to do so? Or were they both sent out into the larger world as agents or spies? Michael is something of an enigma to my protagonists, as is the victim. Was she murdered or assassinated? The investigation keeps them off balance, wondering what to believe and whom to trust. Just like the citizens of Russia, they learn quickly that if the suspect’s name is Romanov, they should be wary.

Dianne Freeman is the acclaimed author of the Agatha and Lefty Award-winning Countess of Harleigh Mystery series. A nominee for the prestigious Mary Higgins Clark Award from Mystery Writers of America, she is also a Macavity Award finalist. She spent thirty years working in corporate accounting and finance and now writes full-time. Born and raised in Michigan, she and her husband now split their time between Michigan and Arizona. Visit her at DiFreeman.com. 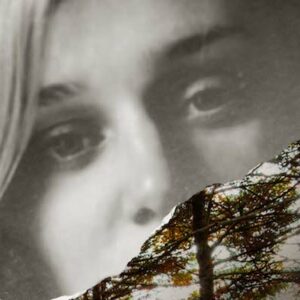 If I had a map, I would have known we were in a southern region of the Appalachian Mountains. But all I had to orient myself...
© LitHub
Back to top