Inside all of us, there’s a detective. A secret sleuth. An impulsive investigator. Or at least, that’s what most crime fiction would lead us to believe. The genre is full of incidental detectives—those who wear no uniforms, bear no badges or guns, but somehow barrel into the center of a case. So what makes one incidental detective stand out from all the rest? Often, it comes down to two things: a personal connection to the case—one so compelling that it keeps the reader emotionally invested in the outcome—and the unlikeliness factor—the degree to which detective work is a surprising addition to the character’s resume. From the daughter of a serial killer to a dangerous man who served time in a psychiatric prison, here are six of the most compelling incidental detectives in contemporary crime fiction. 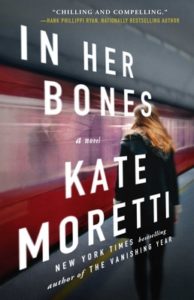 Edie Beckett from In Her Bones by Kate Moretti

Edie Beckett is the daughter of a serial killer—and she’s obsessed with the families of her mother’s victims. When she gets a little too close to one family member in particular, Edie winds up a suspect in his murder. Do the police have it wrong, or is she following in her mother’s footsteps? Edie’s memory of the night in question is fuzzy, and she’s determined to find out the truth. But in mapping out her own investigation, she’s forced to revisit the most troubling parts of her past and confront the damage her mother has wreaked on her own life. 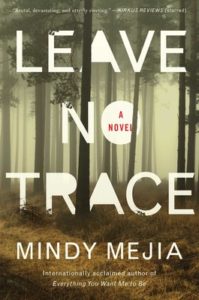 Maya Stark from Leave No Trace by Mindy Mejia

Maya Stark, a language therapist at a psychiatric facility, sees herself as having only one job: helping her patients to communicate. Until, that is, Lucas Blackthorn is arrested, sent to Maya’s facility, and assigned to her. Ten years ago, Lucas and his father went missing while camping. Since then, both men have been presumed dead, but when Lucas pops up, nobody can be sure of anything anymore. Maya, who was once a patient in the same facility, forms a quick bond with Lucas, and as someone who was separated from her mother as a kid, she’s motivated to help Lucas find his father, no matter what rules she must break. What follows is a twisty, thrilling investigation that leads both Maya and Lucas deep into the wilderness of Minnesota—as well as the wilderness of their own pasts. 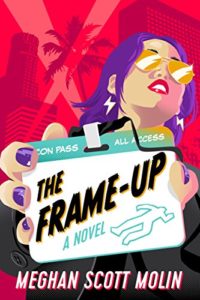 MG Martin from The Frame-Up by Meghan Scott Molin

It’s not uncommon for comic books to involve detectives—but it’s far more unusual for a comic book writer to start acting as a detective herself. When MG Martin, who works at an iconic comic book company, discovers that someone in LA is mimicking crime scenes from her favorite comic, she has a difficult time staying out of the action. Equipped with an eye for clues, MG soon takes on a role that’s front and center in the investigation. The Frame-Up is funny, wildly entertaining, and basically Geek Culture Heaven—but it’s also refreshing to see a character whose motivation to solve a crime grows from her longtime connection to a piece of art. MG’s quest reminds readers of the sacredness of stories and how they become the spaces we live in when we need an escape. The only problem for MG is that the real world and the world of fiction are colliding—with dangerous results. 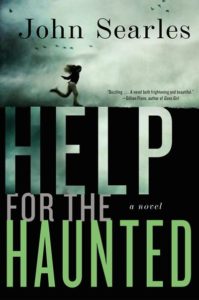 Sylvie Mason from Help for the Haunted by John Searles

Sylvie Mason is only fourteen years old when she stumbles into detective work. Raised by paranormal investigators, Sylvie’s life has always been a little haunted—and it grows even more so when she’s the sole witness to her parents’ shooting death inside a church. The police think they’ve nailed the killer, but Sylvie, left with limited memory of the murder, isn’t so sure. Seeking justice for her parents and desperate to make sure that an innocent man doesn’t end up behind bars, Sylvie embarks on an investigation of her own, following every scrap of a lead until it steers her to the startling truth, one that will resurrect the ghosts of her family’s past. 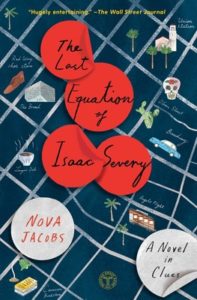 There’s a wide gap between owning a bookstore and being a detective, but when Hazel Severy’s grandfather dies and leaves her a mysterious letter, Hazel ditches the books and immerses herself in investigative work. Her grandfather, Isaac Severy, was a famous mathematician, and in the wake of his suicide, he’s charged Hazel with safely delivering his final—and explosive—equation to a trusted colleague. But first, Hazel needs to work through his cryptic clues, and the deeper she gets into the investigation, the more dangerous it becomes, as others, hot on the trail of this equation, are not afraid to get their hands dirty. As the reader follows Hazel on her journey, it becomes clear that any one of us can become a detective, especially if the right family genius is giving us clues. 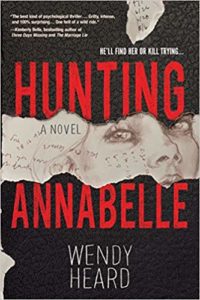 Sean Suh is the polar opposite of a detective. In fact, he’s served three years in a psychiatric prison for a brutal crime he committed against a young woman. But as soon as he witnesses the abduction of Annabelle, the only person he’s felt connected to in a very long time, he leaps into action to try to save her. It isn’t long before the police set their sights on Sean as their primary suspect, and with Sean having a history of “losing time,” the reader can’t be sure they should rule him out either. Still, it’s difficult not to root for this incidental detective as he puts everything on the line—including his own sanity—to find the woman he loves.

Megan Collins is the author of The Winter Sister, now available from Atria Books. 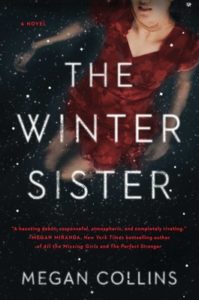 Megan Collins is the author of The Family Plot, Behind the Red Door, and The Winter Sister. She has taught creative writing for many years at both the high school and college level and is the managing editor of 3Elements Literary Review. She lives in Connecticut 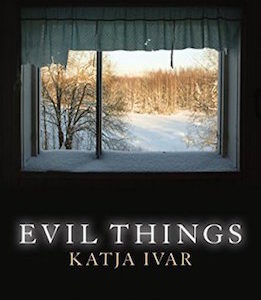 Once again, Irja was telling the little boy who crouched motionless next to the stove that he shouldn’t worry, that his grandpa...
© LitHub
Back to top