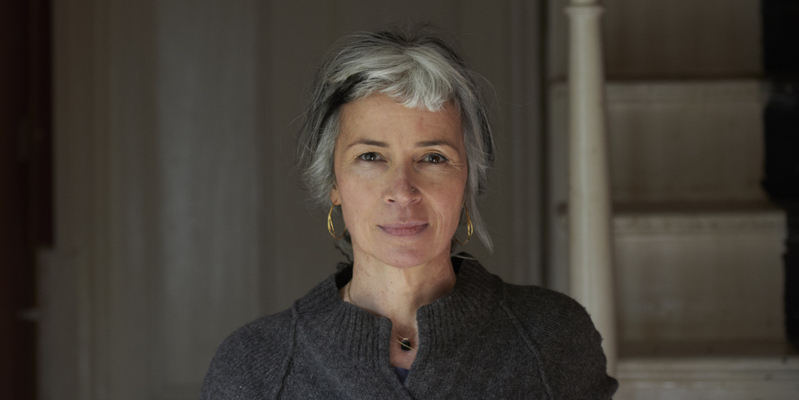 "Why do women who have suffered so much turn their shame and suffering inward?"

Christobel Kent is among the English language’s finest crime writers—and finest writers, as far as I’m concerned. In poetic, nuanced prose, she constructs powerful stories about misogyny and violence. In The Loving Husband, the protagonist learns that her husband is not the man he long seemed; in The Day She Disappeared, a woman in her twenties goes in search of her best friend when nobody else will take her disappearance seriously; and in What We Did, a survivor of years-long childhood abuse suddenly has to confront her abuser as an adult.

When What We Did begins, Bridget is almost convinced that she’s safe. She’s escaped Carmichael, the violin teacher who sexually abused her throughout her adolescence, and she’s recovered enough to form a deeply loving, secure family. But when Carmichael reappears in her town and begins to threaten Bridget and the girls and women around her, Bridget’s safety evaporates. She finds herself with a stark choice: kill her abuser, or give up her adult life.

Kent writes Bridget with exceptional empathy. As Bridget wrestles with her past and her present, she becomes a hero like few we have read before. Kent and I spoke about Bridget’s survival, her heroism, and the group of people—from her husband to Gill, a reporter investigating Carmichael for potential abuse—who band around her, helping her rise. 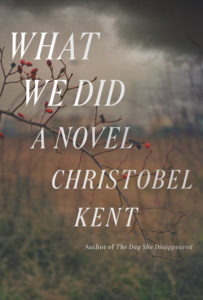 Lily Meyer: I’d like to start on the first page of What We Did, with your beautiful line about “circumstances…under which the unfeasible can be accomplished.” Does that line frame the entire novel?

Christobel Kent: Absolutely. What We Did is about a woman who has been fighting the pull of her past for her entire life. When that past resurfaces, she suddenly finds that she can do the absolutely impossible, as far as her character is concerned. She’s is reserved, kind, focused only on preserving a happy family. But when her family is threatened—when the stability she’s worked for, inch by inch, her whole life is threatened—defending them isn’t even a matter of possibility. She’s able to take an action that’s almost physically impossible. Bridget is gentle. She would rather kill herself than harm another human being, and that made me angry, writing this book. Why do women who have suffered so much turn their shame and suffering inward? Why can’t we make something else suffer? So in a way, What We Did is wish fulfillment, though I don’t believe in capital punishment or in killing people.

You frame Carmichael’s murder as a deeply moral and deliberate action. Bridget really makes a choice. What was it like to write that?

It took me a long time. As a writer, you know that you’re teaching readers a lesson. You’re saying, “This is how life can be. This is how things can get solved.” And there are no circumstances under which I would encourage someone to kill another human being. That way madness lies. But within this fictional context, I wanted Bridget to know what she was doing. I wanted her to maintain that core of logical thinking. It’s not that she loses control during the murder scene. She gains control. She sees where control lies, and she reaches out and takes it. For her, in this story, taking control is absolutely crucial to her survival as a human being. And I was very concerned that Bridget survive. I didn’t want her to suffer. I wanted her to triumph—which, unfortunately, is very rarely what happens to victims of abuse in real life.

Solidarity among survivors and among women is a powerful force in What We Did, as it was in your previous novel, The Day She Disappeared. Bridget is able to kill her abuser in part because she knows he’s grooming her son’s friend Isabel. How do you use that solidarity as an engine for your writing?

Exactly like that! It comes naturally. I feel very embraced by my own female friends, and I feel that there’s something enormously redemptive about women banding together to show strength. We often have to in order to succeed. Abusive relationships work best for men when women don’t always reach out to compare notes with other women. Women can say, “Hold on, that’s not right. What he’s doing is not right.” Sometimes, all a woman needs is one friend saying, “What’s happening in the closed world of this relationship is not right.” What We Did is a fictional celebration of the possibility of women rescuing each other. So was The Crooked House, which ends with five women running from separate places to save a woman who is, at the same time, saving herself.

Even Gill, the journalist in What We Did, helps save Bridget, though they are strangers to each other. Is Gill an analogue for you as the writer?

Of course. She’s the seeker, the one who unpicks the puzzle. She wants to prove what Carmichael did. The detective is generally who the reader sides with, too, and she’s my detective figure. But in this novel, it was more complicated. I had to identify with all the characters, and yet I had to let them all range far from me. Together, they provide a more successful moral compass for the reader than I could. It’s not just my idea of what’s wrong and what’s right. And Gill has to think hard about her morals, and about who she must and must not expose. There are moments in life when you have to choose between being successful and being a good human, and I wanted to make that a real choice for her. I wanted the reader to go through her debate over whether it’s better to expose an abuser or to protect the privacy of Bridget, who is suffering.

Bridget is so frightened of visibility. Her terror of being seen is enormous. I’d love to hear about the process of writing closely about a character who’s so afraid of being seen.

It’s immensely difficult. People who have suffered are not always easy. They hide; they don’t trust people; they become obsessive about certain things. In a novel, that’s a challenge. I felt very strongly that Bridget had preserved the core of herself, and I understood it through her relationship with her husband and son, and through her kindness. Against all the odds, she has remained an incredibly kind person. But she has constructed a claustrophobically small world for herself. You have to see her within that constrained world in order to understand and empathize with her. I wanted the reader to empathize, as well as to root for her. As human beings, we’re all afraid of suffering people. I needed to work quite hard to get the reader into Bridget’s head.

Finn is absolutely the emblem of trusting innocence. That’s a great testament to the success of Bridget’s mothering, considering her own experience. It’s a testament to her choice of partner, too. Finn’s trust and openness are crucial to the book, and so those qualities had to be tested. So did Bridget’s ability to trust him.

I don’t want to talk much about Carmichael, Bridget’s abuser, but I am interested in the ways that he hides. He uses his musical ability, his whiteness and British-ness, and his social class to keep himself safe. Does he represent an old world, or old power structure?

He does. He’s also a person with no moral dimension. He feels no pity or sympathy, and there’s a certain match between that psychology and the ability to hide. A lot of psychopathic and sociopathic characters are very good at imitation. They mirror what people want to see, like comedians. They can lie without giving themselves away. And Carmichael is helped by the rigidity of English society. Somebody with a posh accent or the right clothes—or the right skills—can hide. Classical musicians like Carmichael are revered because their accomplishments belong to a certain level of society, and so they are believed beyond the point to which somebody with fewer social advantages would be.

Crime writers’ prose sometimes goes under-discussed, and yours is especially beautiful. I’d love to hear about how you combine plot and deep character work with writing such gorgeous sentences.

I don’t work on my sentences deliberately. They come naturally in a way that plot really doesn’t. Plot is the really difficult bit for me, and a crime novel is all about plot. I think that’s why I chose crime: so I would be forced to focus on plot. The cadence of the sentences and of the descriptive passages comes much more easily to me. I love writing descriptively. I love when I can use descriptive and poetic writing to create tension and atmosphere. If I focus on creating tension, the words seem to come very easily. That’s where plot and prose combine. And I should say that I absolutely love poetry, and if anyone were ever to ask me how to write well, I would say, “You only have to read well.” I was a very committed reader from an early age. I read and read and read, and I found enormous reward from reading. If I’m a good prose writer, it’s because I’ve read as much good prose as I could possibly fit into a lifetime. 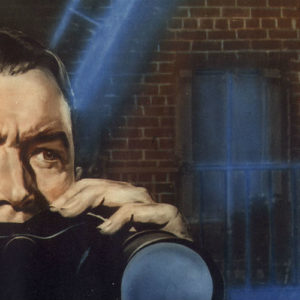 Inside all of us, there’s a detective. A secret sleuth. An impulsive investigator. Or at least, that’s what most crime...
© LitHub
Back to top