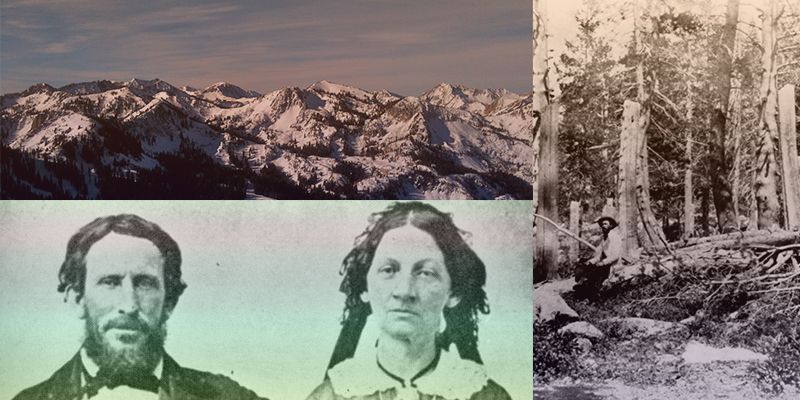 On Writing a Novel about the Donner Party

It’s oft-told advice, usually given by an ominous groundskeeper in a horror movie. Yet, like many a nosy protagonist, I was drawn in.

At some point in a writer’s career, she will be tempted by an idea for a story that revisits an episode in the past. Quite possibly, it will involve dead people—a noted figure who is no longer with us, maybe a gruesome unsolved murder. That’s what happened to me: I became fascinated with the Donner Party, which led to my novel The Hunger, a reimagining of their story with a horror twist.

How could I not heed the call? It was the Donner Party, after all, an ever-popular American tragedy. A party of settlers becomes stranded in the Sierra Nevada and must resort to cannibalism to survive. My knowledge of the event was pretty threadbare—as is most people’s, I soon found out. For an event that’s still taught in classrooms 173 years after the fact, it turns out that most Americans know very little about what happened. The more research I did, however, the more I came to see that the grisly finale was only a small part of the story, a story that was much bigger than we were told as schoolchildren, one that was filled with bizarre twists and insane turns. A shopkeeper hides valuable evidence to protect his own interests, condemning a hundred innocents to death. One man disappears under mysterious circumstances. Another is killed in a flash of anger, with a third exiled for the crime. Cattle are poisoned and run, mad with thirst, into the desert. And that’s before they even reach the Sierra Nevada.

As a serious-minded person, the idea of writing about such a famous-but-deadly event made for some soul-searching. It was an unseemly and uncomfortable thing to do, plundering the stories of the dead. Like grave-robbing. Why did I want to write about the Donner Party? What was the attraction? Is it ghoulish? Was I being macabre? Maybe I am macabre, but so are a lot of people (look at the Victorians, an entire generation obsessed with death). A healthy fascination with death is not a bad thing: it may stop you from doing foolhardy things, like driving like a maniac through a school zone or bungee jumping off the Macau Tower in China. It keeps you from behaving as though you’re immortal (spoiler alert: you’re not).

And besides, The Hunger isn’t a macabre story. It’s actually a bit uplifting—or more uplifting than you might think for a story where half the people die and the specter of cannibalism looms overhead.

The Hunger isn’t a macabre story. It’s actually a bit uplifting—or more uplifting than you might think for a story where half the people die and the specter of cannibalism looms overhead.

I worried about the potential for a lawsuit, a question that came up with alarming regularity while I was on tour. This concern was dismissed by my agent and editor, who obviously have a lot more experience in this than me. After all, books are written about famous dead people all the time, and how many times has it resulted in a lawsuit? As it turns out, you’re generally safe from legal action if the subject is dead, doubly so if the deceased was also a public figure. Your subjects’ descendants will not be able to make a case against you unless your writing manages to independently reflect upon, and defame, them. (Caveat: I’m not a lawyer, and if you’re worried about the potential for a lawsuit, the safest course of action is to consult a publishing attorney.)

It’s hard to be sued for damages successfully in cases of fiction. The main reason is that character are rarely based entirely on a single person. Generally, you have to tailor a character to fit his or her appointed role in the story. But even if this isn’t the case—the person in question had such a flamboyant personality that no alteration was required, or desired—the writer should have enough common sense to change things about the character to keep him from being recognized. Names, physical appearance, number of marriages, children, or place of birth, anything that aids identification of the original, should be altered. Aside from those simple precautions, you can take as many liberties with your characters as you and your lawyer feel comfortable with.

For the writer, it’s easier to write about the unknown dead or, even better, to make up the dead in your story. There are fewer details to keep track of and no one comes sniffing around, complaining that you’ve taken too many liberties with Granduncle Willy. (That was a recurring fear while on tour for The Hunger, that some distant Donner relative would stand up in the audience to accuse me of libel. “It wasn’t bad enough my great-grandfather was a cannibal—did you have to make him a drunkard, too?”)

There was no question that I would have to take liberties with the characters. Writer Michelle Huneven said it best in The Paris Review: “Reality does not automatically transcribe as literature; real people are not shapely, compelling characters to be harvested. Charming facts and sharp observations rarely slide seamlessly into the narrative at hand.”

This was certainly true of the Donner Party. I read survivors’ diaries and newspaper interviews, some given decades after the event when you might think they’d be more forthcoming about what actually happened at Truckee Lake. While I have sympathy for what they’d gone through and the pressure of dealing with the unwanted publicity of such a sordid affair, I was nonetheless disappointed. None of these first-person accounts sounded sincere. Understandably, people don’t like to speak ill of the dead, especially if the deceased is your mother or brother. And we’re talking about cannibalism, so speakers are motivated to protect the loved ones’ memory. If you believed these accounts, every member of the Donner Party was a saint, a St. Francis or Mother Teresa of the prairie. While admirable (and remarkable) if true, it makes for dull reading. (Almost certainly not true, or else there would not have been such disparity within the wagon party in the number of deaths per household due to starvation.)

I gave the main characters in The Hunger some unsavory characteristics. Some remained close to the historical record—George Donner, for instance, was by all accounts ill-prepared to lead a wagon party, though he coveted the position. But some didn’t—Charles Stanton, one of the heroes of the novel, wrote odes to his mother and was not the ladies’ man he’s made out to be in the book. He earned his bona fides as a hero in real life, though, by riding over the mountain to California the first time the wagon train ran perilously low on provisions. He could’ve remained safely at Sutter’s Fort and let the rest of the wagon party fend for themselves, but he returned, sealing his fate. He didn’t know, of course, that he was destined to die alone on that same mountaintop.

I still feel the occasional twinge of guilt when I think of Tamsen Donner or James Frazier Reed, but take a sense of purpose from a wonderful essay written by Laura Smith, also in The Paris Review, on the obligation of the writer to the dead. “The people who write about the dead are playing with the only thing the dead have left—their stories we tell about them.” But, she goes on to say, the stories of the dead do not belong to the dead. They don’t suffer when we refashion them to serve our purposes. “People do not conform easily to stories, but when they’re dead, nothing we say can touch them. They’re forever relieved of the burden of caring.” They’re only lending their names in—what the author chooses to think—service to a higher truth.

It's Time to Discover the Crime Fiction of Helsinki 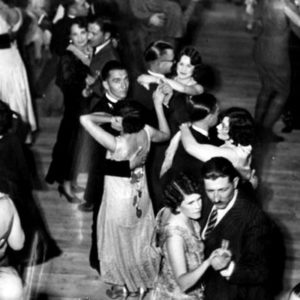 Los Angeles has changed a lot in recent decades. Reinventing itself for each new generation, it’s a place constantly giving...
© LitHub
Back to top