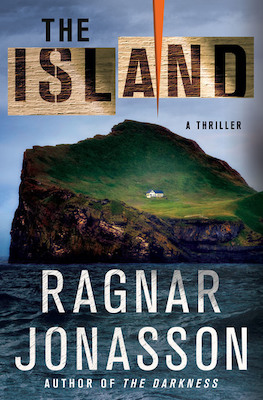 The following is an exclusive excerpt from The Island, the anticipated follow-up to The Darkness, featuring Detective Inspector Hulda Hermannsdóttir, who is determined to get to the bottom of a decade-old crime before it haunts the present day. Ragnar Jonasson’s latest is a locked room mystery with the remote and atmospheric setting of Nordic Noir.

Hulda Hermannsdóttir looked up from her desk at a knock on the door. At this time of the day, when most of her colleagues had gone home, she was, as usual, immersed in writing reports. She always stayed late, although, having agreed to fixed overtime, she had nothing to gain financially from her diligence. But it mattered to her to perform her duties to the best of her ability; she was competitive, felt driven to perform better than other people, and never took anything for granted. Being a detective was a good job, she knew, but the pay was lousy and she was impatient to progress to the next level in CID, aware that this would open up new opportunities.

She couldn’t forget what a struggle life had been, not only for her and her mother but for her grandparents, who they lived with, as well. They’d had to watch every penny when she was growing up and the necessity of scrimping and saving had impinged on all their lives in one way or another. Her mother and grandfather had worked in a series of poorly paid labouring jobs, while her grandmother had been a housewife, but from a young age Hulda had nursed a secret ambition to escape the poverty trap when she grew up. And for that, getting an education was essential. Defying all the pressure put on her to go straight out to work and start paying her way at home, she had stayed on at school and passed her leaving exams with flying colours, one of only a handful of girls in her year. By then she was the most educated person in her family. For a while she had toyed with the idea of going to university, but nothing had come of it because her grandparents had put their foot down, telling Hulda it was high time she left home and started supporting herself. Her mother had objected on her behalf, but feebly. Perhaps she had been satisfied with what her daughter had already achieved: after all, passing her school-leaving exams was nothing to be sniffed at. Partly by chance, partly due to pig-headedness, Hulda’s path had quickly led to the police force. She’d been looking at job adverts with a friend from school when they’d spotted a summer temping position for a ‘policeman’. Hulda’s friend had remarked that they could forget about that as it was obviously no job for a woman, provoking Hulda to disagree and argue that she had as good a chance of getting the job as any. To prove her point, she had applied and got in. The temping job had led to a permanent position – several vacancies had opened up while she was there, which had made it difficult for them to disregard her application – and she had finished her training at the police commissioner’s office in Reykjavík, before moving into criminal investigations and ending up as a detective in CID. Her boss, Snorri, was an old-school detective, quiet yet firm, with an aversion to modern technology, and it was he who was standing in the doorway now.

She thought she knew why: it was because he saw her as a woman, not as a colleague, and simply didn’t take her seriously enough.

‘Hulda, could I possibly have a word?’ he asked politely. He was always a little stiff, not exactly friendly by nature, but on the other hand he never raised his voice to her, as he did to some of his other junior officers. She thought she knew why: it was because he saw her as a woman, not as a colleague, and simply didn’t take her seriously enough.

‘Yes, of course. Come in. I was just about to leave, actually.’ She glanced around, surveying her desk and wishing she’d left hours ago. It was buried in piles of papers, reports and documents, information that Hulda spent far too much time analysing. There were only two personal items, a photo of Dimma and one of Jón. The former had been taken quite recently, the latter years ago, when she and Jón were first getting to know each other. It showed him with long hair, dressed in hopelessly outmoded seventies clothes in garish colours. That was Jón as he used to be in the old days, very different from the preoccupied businessman of 1987. Both pictures faced her rather than being on display to visitors.

Instead of sitting down, Snorri remained standing, allowing a silence to develop before he resumed, as if giving her a chance to finish what she was working on.

‘I just wanted to check that you – and your husband, of course – were definitely coming round to my place before the do on Friday?’ As was customary, Snorri had invited his team to pre-dinner drinks at his house before the annual police party. Although Hulda found this event excruciatingly dull, she turned up dutifully every year, dragging Jón along with her, but he always stood in a corner, not even trying to be sociable. She wished he would be a bit more positive about her job and make more of an effort to get to know her colleagues.

‘Yes, of course,’ Hulda said. ‘Didn’t I RSVP? Sorry, I must have forgotten.’ It occurred to her that this might be a good chance to talk to Snorri about something that was on her mind. ‘By the way . . .’

‘Yes, that’s right. After all, he’s getting on. He’ll leave a big hole, though.’

She hesitated, casting around for the right words. ‘I’m thinking of putting myself forward for his job.’

Snorri seemed disconcerted. Clearly, he hadn’t been expecting this.

‘I think I’ve got plenty to offer – I know the job, I’m experienced.’

‘Of course, of course. Though you’re still quite young. But yes, you’re certainly experienced and reliable, there’s no denying that.’

‘I’m planning to apply when the position comes up.

Isn’t it ultimately your decision who gets the job?’ ‘Well, that is, yes, I suppose . . . technically.’

‘I can rely on your support, can’t I? None of the other officers serving under you have been working for you as long as I have . . .’ She’d wanted to say: are as good as me.

‘Quite right, absolutely right, Hulda.’ After a short, awkward pause, he added: ‘But I gather Lýdur’s intending to put his name forward as well.’

‘Lýdur?’ Although their paths hadn’t crossed that often, Hulda didn’t think much of the man. He had a brusque manner and could be rude, though admittedly he got results. Still, Hulda had considerably more experience, so surely he couldn’t pose too much of a threat.

‘Yes, he’s very keen,’ Snorri said. ‘He’s already spoken to me about the job and . . . shared his views on what could be done better and how he’d tackle the responsibilities.’

‘But he’s only just joined the department.’

‘That’s not quite true. And length of service isn’t everything.’

‘What are you saying? That I shouldn’t apply?’

‘Of course you can apply, Hulda,’ Snorri said, looking uncomfortable. ‘But, between you and me, I have a feeling Lýdur will get the job.’ He smiled briefly and took his leave. And that, Hulda knew, was that.

From THE ISLAND. Used with the permission of the publisher, Minotaur. Copyright © 2019 by Ragnar Jonasson.

There's No Wrong Way to Set a Mystery Novel In Ireland 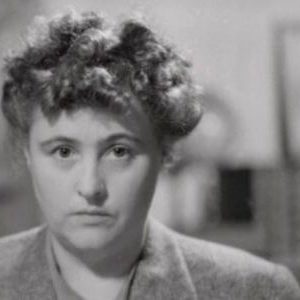 CrimeReads Brief: Week of May 25, 2019 Thomas Harris grants his first interview since the 1970s and things get predictably strange and fascinating. | The...
© LitHub
Back to top