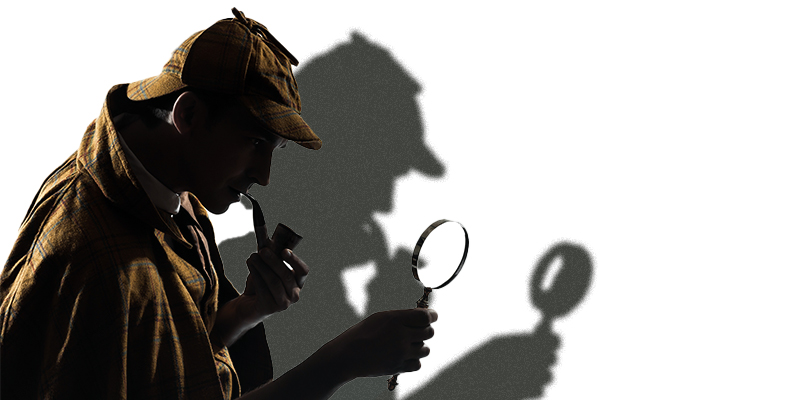 "I had a strong sense that producing a novel that would dovetail with the work of Arthur Conan Doyle was a test of knowledge and skill, and that I hadn’t crammed nearly enough."

How much of an expert do you have to be to write a Sherlock Holmes novel? It’s a question that has occupied my mind for the last year or so. When I was asked to suggest plots for Holmes novels that would be faithful to the canon, my initial response was one of horror at being woefully unqualified. But my mind began to turn over, mysteries bloomed out of seeds of ideas, rough synopses became more intricate with every pass.

All writers experience imposter syndrome, but in my case it’s usually been relegated to after completion of a novel, at the point when I’m required to coerce others into reading it. On this occasion, once my synopsis had been approved I found myself paralyzed from the off. I had a strong sense that producing a novel that would dovetail with the work of Arthur Conan Doyle was a test of knowledge and skill, and that I hadn’t crammed nearly enough.

So: how ought you to prepare for such a test? While I’d been working on the synopsis I’d returned to my battered Penguin box set of the Holmes canon, rereading favorite stories, and those I’d forgotten entirely, and concentrating on stories taking place in the same year I intended to set my tale. Probably, this resulted in absorption of some common mechanisms of Holmes plots, and it must have informed my understanding of the mannerisms of the principal characters. However, when it came to beginning a draft of my novel, The Back to Front Murder, I became superstitious. I feared copying Doylean plot events and tics openly.

Instead, I turned my attention to other Conan Doyle works, such as the Challenger stories and his Round the Fire tales, in an attempt to synthesize his writing style more generally. Even though I was fixated on Sherlock Holmes I feared looking directly at the source—like the wariness of looking directly at the sun. I overcame the superstition eventually, though there would be other hurdles. In hindsight, perhaps I ought to have begun the draft with the mystery proper—but I was determined to include an opening scene in which Holmes would demonstrate his deductive powers, unrelated to the central mystery, as these establishing scenes at Baker Street are some of my favorites in the canon. The trouble was that I’d spent many hours conjuring a main plot, but I hadn’t accounted for this ‘throwaway’ series of deductions at all. On the day I’d been determined to begin writing, I found myself mired in research related to the 1888 matchgirls’ strike and phosphorus necrosis of the jaw… all for a couple of pages. At this point, I began to wonder whether Holmes’s deductions were always necessarily watertight—or are they sometimes so pleasingly quickfire and dazzling that readers are prepared to accept them as inarguable? I hope that in my novel the threads of logic stand up to scrutiny, but frankly I’m still terrified of being caught out.

I’m happy to say that writing Holmes and Watson soon became comfortable. No, more than comfortable: an absolute pleasure. Other than teenage fan fiction, I’ve never written within a world established by another author. The knowledge of who the characters are, the precise setting they inhabit, the clear sense of a tone to strive for… all of these aspects became reassurances as opposed to unattainable targets. Before long, I was having a ball.

An enormous number of Holmes pastiches have been produced over the years, of course, even without looking to other media such as film and TV adaptations. I find the idea of novel pastiches particularly interesting. Conan Doyle wrote only four Sherlock Holmes novels, all of which are very short: A Study in Scarlet (43,000 words), The Sign of the Four (43,000 words), The Hound of the Baskervilles (59,000 words) and The Valley of Fear (57,000 words). This brevity is exacerbated by Holmes being absent for long portions of The Hound of the Baskervilles, and The Valley of Fear features an extensive flashback to the events leading up to the central murder. In contrast, most modern novels are longer than 70,000 words. How can you synthesize a faithful, full-length Sherlock Holmes novel in the absence of authentic examples?

My novel, The Back to Front Murder, concerns a mystery writer whose meticulously-planned fictional murder appears to have been enacted before her novel has even been written. In the end, I opted for the Valley of Fear route, which Conan Doyle characterized as ‘two parts and a coda’. Despite my concerns about ‘looking away’ from Holmes for long periods, I found that a cutaway to events leading up to the murder not only lent the novel breathing space, but it also allowed me to avoid an ‘infodump’ explanation in which Holmes provides all of his deductions in a single final monologue—a problem that affects my enjoyment of some of Conan Doyle’s stories.

There was an additional delight of this structure, too. The paraphrasing of Holmes’s explanation as a third-person narrative must involve Watson by definition – because Watson, after all, is the author of every word we read about Holmes’s adventures. Because it’s based on another character’s testimony, the cutaway involves conjecture which Watson is required to confront and rationalize. This is particularly neat, as The Back to Front Murder is concerned with Watson as author, an aspect of his life and work which goes relatively unexplored in the canon, other than barbs directed at him occasionally by Holmes. The fact that their current client, Abigail Moone, is a far more successful author than Watson (albeit using a male pseudonym) provokes Watson’s professional jealousy and informs his actions throughout the story. Similarly, both he and Holmes are forced to address their prejudices about women in general—another aspect of the canon that I think deserves interrogation.

Once I was in the flow of writing, I used a lot of resources for support. I cheekily rewarded myself with casebound copies of Leslie Klinger’s annotated Sherlock Holmes canon—as well as specific commentaries on each story, the books feature useful tools such as chronologies for Holmes and Watson. Jack Tracy’s Encyclopaedia Sherlockiana is an exhaustive guide to every passing reference in the canon you might care to name. Some other resources were more totemic: each morning before beginning work, I brought up onscreen Ernest H. Short’s 1948 rendering of the layout of 221B Baker Street for The Strand, even when I wasn’t writing a scene set in those rooms – just seeing that wonderfully detailed diagram put me in the right frame of mind. The style guide provided by Titan Books’ commissioning editors was a particular treat, too: comprehensive in terms of style, characterisation and the ‘rules’ established by Conan Doyle, but also including fine detail about, for example, speed of travel by foot, train or horse. I also made regular use of a Word document including the entire canon, searching for particular words in order to determine whether or not they were in Conan Doyle’s (or rather, Watson’s) usual vocabulary. Online, as well as numerous sites dedicated to specific plot elements, I made extensive use of the National Library of Scotland’s collection of maps from different eras, which can all be overlaid upon one another—without it I think I would have been at a loss to navigate my way around the London of 1898, particularly as The Back to Front Murder involves both Abigail Moone and Holmes compulsively re-enacting the movements of the murder victim.

The end result was that this wealth of material, including the canon itself, provided support rather than presenting restrictions. Clearly, it’s not for me to say whether The Back to Front Murder is faithful enough to Arthur Conan Doyle—but that initial sense of being daunted and ‘tested’ has changed to one of feeling welcomed into 221B Baker Street by old friends. I couldn’t have enjoyed the process more, and I’m grateful for the opportunity to spend so much time with my favorite detective and my favorite fictional author. 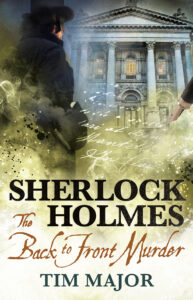 Tim Major is the author of Snakeskins, You Don't Belong Here, Blighters, Carus & Mitch, the YA novel Machineries of Mercy, the short story collection And the House Lights Dim, and a non-fiction book about the silent crime film, Les Vampires. His first novella, Carus & Mitch, was shortlisted for a This Is Horror Award and his short stories have featured in Interzone, Perihelion, Every Day Fiction and numerous anthologies. He is the Editor of the SF magazine, The Singularity. For more information visit cosycatastrophes.wordpress.com. His new novel, The New Sherlock Holmes Adventures: The Back-to-Front Murder, is now available.

Why Are Westerns So Violent? Because They Have To Be. 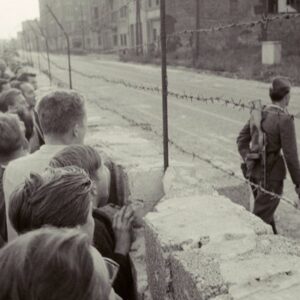 12 August 1961 – Rügen Island, East Germany Joachim pulls his foot back from the water. It’s cold, even in August. His friends...
© LitHub
Back to top