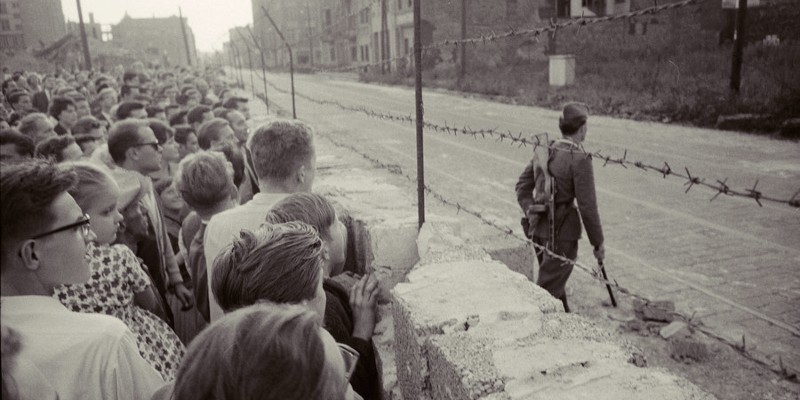 In August 1961, Berliners woke up to find their city divided in two and themselves at the center of the Cold War.

12 August 1961 – Rügen Island, East Germany Joachim pulls his foot back from the water. It’s cold, even in August. His friends are splashing in the sea, teasing him, calling him to come in, but he hates cold water and they know he won’t. 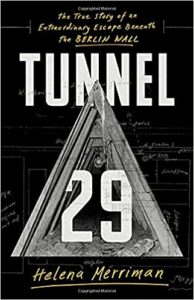 He thinks back to last night. Workers beer. Sweat. Bodies tightly packed in against each other. Fumbling and kissing in the corner. He’s never had a holiday like this, not once in his twenty-two years and he doesn’t want it to end. Bright green forest covers the chalk cliffs behind him, white-tailed eagles wheel overhead and the sea is so clear he can see tiny fish flitting through the water.

Just one week left, then it’s back to East Berlin. Three hundred kilometres south, it’s a different world. Grey. Edgy. Even more so over the past few months. They’ve all noticed the changes: more border guards on the streets, the soaring numbers of people escaping to West Germany, as though they know something. There’s electricity in the air, that hum before a storm.

Joachim looks up to see his best friend Manfred wading out of the water. They’ve known each other since they were six, smoked their first cigarettes together, dreamt up elaborate tricks at school. Manfred always got into arguments, but Joachim was that child at school who never got caught, always knew where the line was—never crossed it.

That night, Joachim and Manfred change into jeans and t-shirts, comb their hair and set out across the sand to the beer tent. Another evening in this beach-side paradise on the edge of East Germany, a couple of twenty-two-year-olds in that weightlessness of a long summer with nowhere they have to be.

What they don’t know is that, right now, they’re exactly where the government want young men like them: young men who might make trouble if they knew what was about to happen. For dozens of tanks are rumbling towards East Berlin and tens of thousands of soldiers are creeping into trucks, armed with Kalashnikovs, machine-guns and antitank missiles. Any minute they’ll receive their orders and then it will begin.

The next morning it’s the sound that wakes him—the whine of a loudspeaker crackling into action. As he hears the efficient sound of tents being zipped open, Joachim climbs out into the campsite and walks towards the loudspeaker, now blaring out the brassy pomp of military music. Then, a man’s staccato voice: ‘Das Ministerium des Innern der Deutschen Demokratischen Republik veröffentlicht folgende Bekanntmachung . . .’

Joachim can tell straight away. It’s a government announcement and he tunes out, bored. But then the voice changes, becomes more urgent: ‘Wollankstrasse, Bornholmer Strasse, Brunnenstrasse, Chausseestrasse . . .’ The man is listing streets in Berlin, streets Joachim has run around in since he was little, and now he’s interested. He can’t work out why the man is talking about them, but then he hears it—the voice says: ‘The border between East and West Berlin is closed.’

Joachim’s stomach registers adrenaline, but his head is catching up, trying to work out what’s happened: if the border between East and West Berlin has been closed, that would mean the city has been cut in half, but how can you split a city overnight? It would mean severing everything—electricity, trams, trains, sewage—and it’s such an obscene notion that Joachim and his friends ignore the announcement and go to the beach.

The following morning, the campsite buzzes with rumours: barbed wire; soldiers on the streets; tanks; machine-guns. Suddenly, Joachim feels a long way from home, and, like a storm chaser, he wants to be in the middle of whatever is happening. After breakfast, Joachim and his friends pack up their old Citroën, zooming back to East Berlin in one stint, arriving at dusk.

As the car weaves through the streets, something doesn’t feel right. It’s quiet. Too quiet. Hardly any people on the roads, few other cars. Eventually, after zigzagging down streets lined with linden trees and functional concrete buildings, they reach Bernauer Strasse, the mile-long road that straddles the border. Climbing out of the car, Joachim and his friends walk towards a sign, a sign they’ve passed hundreds of times crossing the border from East to West Berlin:

YOU ARE NOW LEAVING
THE DEMOCRATIC SECTOR OF BERLIN

It’s always made them laugh, that word, democratic. Nothing that democratic about East Berlin, Joachim would say. Usually there’d be a couple of policemen standing by that sign, but now, silhouetted in the glare of a single street-lamp, Joachim sees a group of men in green uniforms and steel helmets. But it’s not their uniforms that scares him. It’s what they’re holding across their chests: machine-guns. Barely breathing, Joachim watches as one man turns and strides over: ‘What are you doing? Get out of here! If you don’t . . .’ The man gestures with his machine-gun.

Joachim turns to leave and that’s when he sees it: a twist of barbed wire glinting in the streetlight. He has no idea what’s happened, what these men are guarding, but somehow he knows that in one night, everything has changed.

Excerpted from TUNNEL 29: The True Story of an Extraordinary Escape Beneath the Berlin Wall, by Helena Merriman. Copyright © 2021. Available from PublicAffairs, an imprint of Hachette Book Group, Inc.

Helena Merriman presented and produced Tunnel 29, BBC Radio 4's podcast about a miraculous escape under the Berlin Wall. She is also the cocreator of British Podcast Award-winning series The Inquiry, and previously worked as a reporter for the BBC in the Middle East. She lives in London, UK. 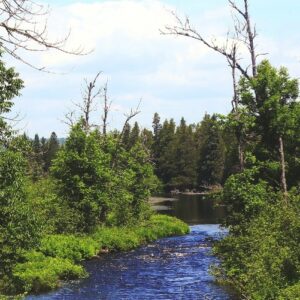 I’m called a writer, or often more specifically, a mystery writer. But the truth is that I think of myself primarily as a storyteller....
© LitHub
Back to top