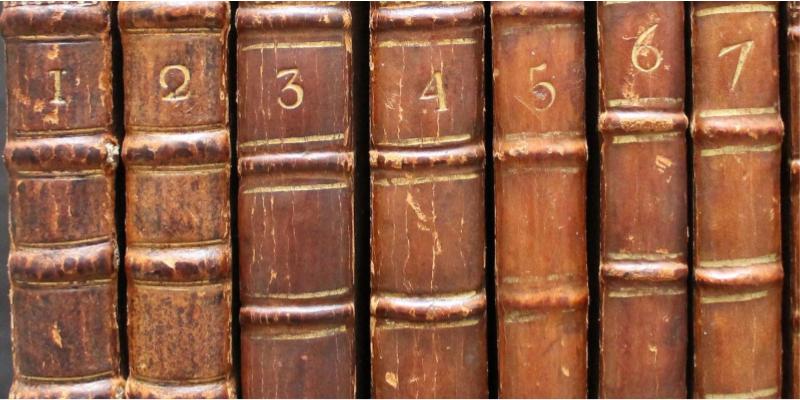 Saying Goodbye to a Beloved Character

Our own mortality drives us to series fiction. While we know all things must come to an end, that one familiar protagonist—Jack Reacher with his very limited wardrobe, Mma Precious Ramotswe sipping her bush tea in Botswana, and Chief Inspector Armand Gamache wandering around the Quebec village of Three Pines—makes us believe in a parallel universe where characters live on forever.

With mysteries, there’s also no added illusion that our world is perfectly pretty—it is, in fact, defiled, full of masquerading criminals, friends and neighbors who are one step away from killing someone. But again, with our favorite character in control, we somehow feel safe and protected.

Both these feelings are true for me, not only as a reader but also as a creator, the writer of the Mas Arai mystery series. My sleuth, Mas Arai, a Los Angeles-based gardener and Hiroshima survivor, is more than a fictional character; he represents my late father’s life history, and the other men and women of his generation and ethnic background.

Our own mortality drives us to series fiction. While we know all things must come to an end, that one familiar protagonist…makes us believe in a parallel universe where characters live on forever.

I was writing the first book, Summer of the Big Bachi, while I worked as an editor for a Japanese American newspaper in Little Tokyo, adjacent to Los Angeles’ Skid Row. Colorful characters entered our open door on a regular basis, and the secretaries did little to vet their identities or intentions. Instead, they dialed my direct telephone extension and I was summoned to handle the latest beef by a visitor, who could be anyone from a police officer or homeless advocate, to a community activist, World War II veteran or former prisoner of an American detention camp. I was fully immersed in a world that I didn’t see in any novels. It took me fifteen years of rewriting and recasting to finally launch my character, Mas Arai, into the New York City publishing world.

Before having my agent shop the manuscript to publishers, I didn’t really consider that I was writing a mystery series. I was not a student of Sisters in Crime or Mystery Writers of America, both organizations that I enthusiastically support today. I was merely writing the best story I could for Mas, and it just so happened that the mystery genre was the best container for his story.

Imagine my surprise when a publisher offered a deal for the first book, contingent on the delivery of a second in a year’s time. Although I was thinking that I wanted to someday return to Mas and his friends, I didn’t think that I would immediately write a second one. And so, the birth of Mas as a series character really came about because of commercial interests, not creative ones—although creativity certainly came into play after the contract was signed.

The fate of many series is usually determined by the publishing industry and the marketplace climate at the time of the book’s launch. Readers demanded that Conan Doyle keep writing his Sherlock Holmes short stories, to the point that he decided to end the series by killing his complicated sleuth. He told his mother, “I must save my mind for better things, even if it means I must bury my pocketbook with him.” Even then, the protest over ending Sherlock was so overwhelming that Doyle had to literally resurrect his iconic detective. Sherlock was alive! And he would be kept alive with the countless pastiches that would emerge even after Doyle’s death.

There are many other examples of sleuths outliving their creators. Navajo Tribal Police detectives Joe Leaphorn and Jim Chee still continue to have adventures, thanks to the late Tony Hillerman’s daughter, Anne, taking up the mantle. Agatha Christie’s rotund Belgian investigator Hercule Poirot has a second life with new books written by Sophie Hannah, in a project approved by Christie’s estate.

One exception is, of course, Sue Grafton and her alphabet series. Our mystery world was rocked when Grafton passed away from cancer last December, just a few months after her 25th Kinsey Millhone novel, Y Is for Yesterday, was published.

Her series being unfinished seems appropriate. Grafton, a former screenwriter, was adamant that Kinsey never be adapted for TV and film. And her daughter, Jamie, when making the sad announcement of her mother’s death, further elaborated, “. . . in that same vein, she would never allow a ghost writer to write in her name.”

Her series would not end with “Z,” but in a sense on her own terms.

Even though the industry had ironically launched Mas Arai as a series character, I couldn’t let this erratic business also decide his fate. After the third book, Snakeskin Shamisen, was published, I figured that I had to plot his arc. Was this the end of his story, or was there more? It was then that decided there would be seven—the next three would all be thematically linked, with the final one to be set in Hiroshima, which is mentioned in flashback in the first mystery.

Article continues after advertisement
Readers demanded that Conan Doyle keep writing his Sherlock Holmes short stories, to the point that he decided to end the series by killing his complicated sleuth.

Of course, to realize this trajectory was not easy. I was not a bestselling author, firmly midlist, if even that. Snakeskin Shamisen’s nomination and subsequent Edgar win in the category of Best Paperback Original enabled its translation in three languages—Japanese, Korean and French—and perhaps gave it a longer life in the US. The publication of the series went through two Big Five publishers before landing with a growing California small press, located in the same town my fictional character lives.

While I was working through the series, the running joke around our house was what the final book would be called—“No Mas,” of course. Since the character was connected so personally to me, I wanted the series to end well and strong. I didn’t want it to fade away because of lack of interest, in terms of his readers, publisher or myself as the series author.

Also, Mas is an amateur sleuth and an aging one. His time is limited and although I wasn’t going to kill him off (I hear gasps of relief from his fans), I did want to give him an opportunity to relax without the stress of solving another murder.

As the final book had to circle back to where Mas had survived the atomic bomb, I honestly was quite perplexed on how I was going to write a whole novel set in a foreign country and especially an emotionally loaded place like Hiroshima. How would I learn about law enforcement in such a closed society? And would my memories of visiting Hiroshima in 2012 be sufficient to cast the final installment there?

Of course, it wasn’t. A travel grant from the California-based Aurora Foundation enabled me to take a special trip just for book research. I met with journalists and attended two atomic-bomb commemorations—the main one in Hiroshima and a smaller one on a tiny island, Ninoshima, which became the principal setting for this final Mas Arai mystery, Hiroshima Boy.

With this special travel opportunity, the stars had aligned and I felt at peace letting go of Mas into the universe where all series characters live. I still may write some related short stories to fill in gaps between the series books. Who knows if there may be a Mas Arai graphic novel or manga in the future? I’m actually part of a team which is developing an independent film adaptation of the first novel. Observing the dearth of Asian American stories in Hollywood, I don’t have the same qualms about film that Sue Grafton had. And so while the series is over as books, I still have a hand in his story, fascinated and stimulated in the different ways that we as creatives can introduce new narratives to the world.

Seeing my seven trade paperbacks lined up in a row makes me feel happy. Each book represents another defining moment in my character’s growth, but also my own. My marriage, heartbreaks, academic research, family history and losses are all contained in those volumes.

My own father died before the last three were published, but I knew that he was delighted to be the model for a mystery hero. I feel that I have done right by Mas Arai. Yes, no Mas, but much more than I ever expected.

Naomi Hirahara is the Edgar Award-winning author of the Officer Ellie Rush Mysteries. She is also the author of the Mas Arai Mysteries and the middle-grade novel 1001 Cranes, and has written, edited, and published several nonfiction books, largely about the Japanese American experience. She lives with her husband in Southern California. 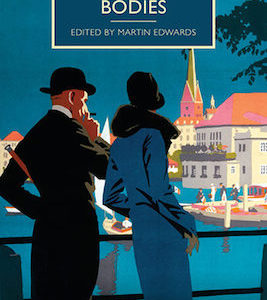 Haruta Yoshitame (1893–1945), who wrote as Koga Saburo, was a contemporary of the legendary Japanese crime writer Taro...
© LitHub
Back to top