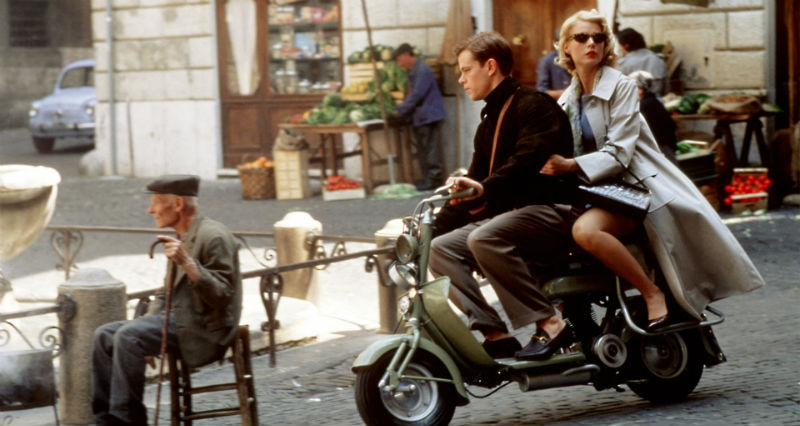 9 Classics of Expatriate Italian Crime, from Highsmith to Ambler

When you consider the vast number of crime novels written in English that are set in Italy, it makes you wonder if maybe English-speaking authors should take more research trips to Bulgaria, Albania, Chad or Peru, just to even things out a little. On the other hand, while there are many picturesque locales in the world to set a good mystery (a beheading in Bohemia, a kidnapping in Kuala Lumpur), having your detective stop and sip an espresso or ponder a passing gondola is, well, sexy. And that, in a nutshell, is the appeal of the many crime novels that have Italy as a backdrop. Italy is a place where passions run high, and thus crime seems not sordid, but operatic, and inevitable. It’s also a place where the sensual is woven into daily life—the bitter tang of Campari on the tongue, the whisk of a silk chiffon scarf across your skin, the fragrance of pasta with porcini, the hum of an Alfa. Plus, let’s face it, writers are indoors-y types who generally like to eat and drink, and as long as research trips remain tax-deductible, where will writers go? Italy. And where will readers go, between the covers of their books? Italy.

Please note: this list intentionally omits all of the really wonderful crime/mystery novels written by Italians, in Italian: The Name of the Rose by Umberto Eco, The Day of the Owl by Leonardo Sciascia, the Inspector Montalbano series by Andrea Camilleri, the moody House on Moon Lake by Francesca Duranti, and the mountaintop mysteries of my pal Franco Faggiani, just to single out a few. Italians, of course, know Italy all too well and per forza get it right—my interest here is in how foreign writers steal, re-paint and re-purpose the Italian landscape for their own literary needs. Who makes la bella Italia seem prettier and more charming, who portrays her as gritty and hard-edged? Italy, it seems, is perennially in the eye of the beholder… 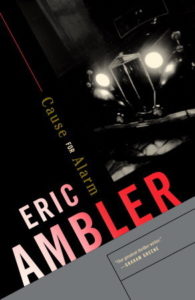 Ambler’s Fascist-era Milan will be unfamiliar to most Italophiles. In this gray, frightening landscape, no one is quite what they seem and there’s nary a Campari in sight. An English engineer goes to work at a factory in Milan and ends up on the run from Italian police (and everyone else) in this exciting spy thriller. Opening line: “The man standing in the shadow of the doorway turned up the collar of his overcoat and stamped his numb feet gently on the damp stones.”

Highsmith’s Amalfi Coast is suffused with the sun-drenched style of 1950s Italy, but the focus here is on the escapades of the decadent expats, not on the locals. Anxious and predatory. Tom Ripley plays out games of identity and murder in “Mongibello,” a fictional town south of Naples, out on the sea, in Rome, and finally in Venice. Opening line: “Tom glanced behind him and saw the man coming out of the Green Cage, heading his way.” 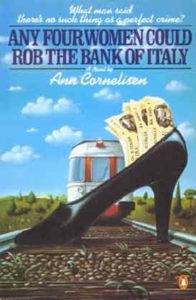 Ann Cornelisen, Any Four Women Could Rob the Bank of Italy (1983)

In this comic caper set in the fictional sleepy Tuscan village of San Felice Val Gufo, four bored American and British female expats take advantage of the fact that they are largely invisible to Italian police in order to commit a bold theft. Opening line: “From midnight until five in the morning, most country railway stations in Italy are shunned by people and trains alike.” 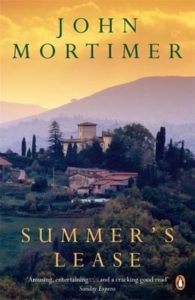 Though better known for his Rumpole series, this novel set in the fictional village of Mondano-in-Chianti in Tuscany (interchangeable with Cornelisen’s town) also makes use the familiar tropes of Chiantishire, with a spice of social satire and a healthy sprinkling of wit. Vacation rental with a mystery. Opening line: “The woman walked round the corner of the house and saw a snake consuming a large Tuscan toad.” 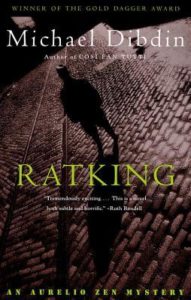 The first of Dibdin’s Aurelio Zen mysteries, this one set in the judicial backwater of Perugia, Ratking ignores the hordes of foreigners clogging Italy and focuses on the natives, with a satisfying story in which long-suffering Zen is buffeted by political intrigue, and copes with the endless mutual city-bashing that is Italy’s national sport. Opening line: “’Hello?’” 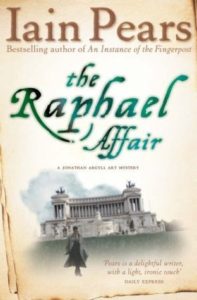 What’s Italy without art museums? The first in his series about the often disagreeable but highly knowledgeable art historian Jonathan Argyll, the sexy and fast-driving Italian cop Flavia di Stefano and her old school boss Generale Bottando, this one starts in Rome with the disappearance of a painting, and features forgeries, fires, thefts and (of course) murder. A colorful cast of Italians and a changing landscape keeps things moving faster than the line at the Uffizi. Opening line: “Generale Taddeo Bottando walked up the staircase covered in stolen works of art slightly before the bell of San Ignazio struck seven in the morning, as usual.” 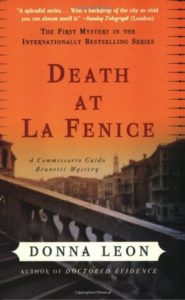 In the first of her Commissario Brunetti novels, Leon has her literate detective dealing with his preening boss while pursuing the killer of a German opera conductor. Leon describes a Venice beyond the shadow of St. Marks that is edgy, lived-in and full of mouthwatering meals. Opening line: “The third gong, announcing that the opera was about to continue, sounded discreetly through the lobbies and bars of Teatro La Fenice.” 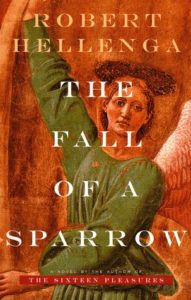 Set in Bologna, this is not so much a crime novel as the aftermath of a crime novel, about the father of a girl killed in a terrorist bombing in the 1970s who returns for the trial of her killers. Sweet, sad, beautiful, and prescient. Opening line: “On Friday, August 15, 1980—Assumption Day, the middle of the August holidays—a bomb exploded in the train station in Bologna, Italy, killing 86 people, including my sister Cookie, who was sitting in the second class waiting room, about two meters from where the bomb went off, waiting for a train back to Rome.” 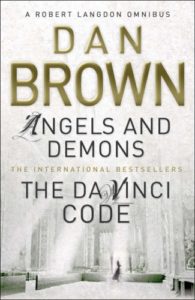 Set in a comic book version of Rome and Vatican City, this was Brown’s first Robert Langdon novel. It cemented his trademark warp speed pacing and over the top prose, and is notable for having less emotional complexity than an “Underdog” episode. Opening line: “Physicist Leonardo Vetra smelled burning flesh, and he knew it was his own.”

Christina Lynch’s picaresque journey includes chapters in Chicago and at Harvard, where she was an editor on the Harvard Lampoon. She was the Milan correspondent for W magazine and Women’s Wear Daily, and disappeared for four years in Tuscany. In L.A. she was on the writing staff of Unhappily Ever After; Encore, Encore; The Dead Zone and Wildfire. She now lives in the foothills of the Sierra Nevada. She is the co-author of two novels under the pen name Magnus Flyte. She teaches at College of the Sequoias. The Italian Party is her debut novel under her own name.

The Birth of the Cuban-American Mob 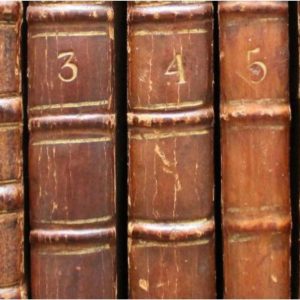 Our own mortality drives us to series fiction. While we know all things must come to an end, that one familiar protagonist—Jack...
© LitHub
Back to top