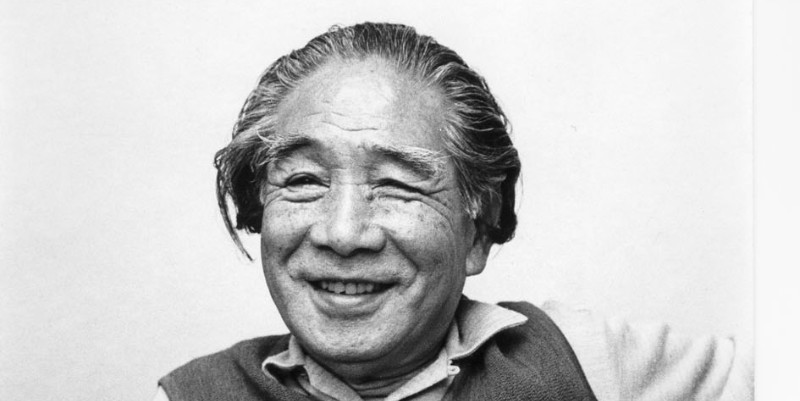 The King of the Golden Age
Crime Novel in Japan:
Seishi Yokomizo

The Golden Age of Mystery had its heyday in Japan, too. One author led the way.

In recent years there have been moves by academics around the world to look at twentieth-century literary movements, notably Modernism, in more global terms. This has led to a broadening out of the Modernist canon from exclusively being all about Joyce, Woolf, Eliot, Pound or Hemingway, and to think more about the literary flow back and forth across the globe. This is obviously to be welcomed. However, when it comes to the “Golden Age” of crime writing, that era largely concentrated in the 1920s and ‘30s of whodunits and detective mysteries all too often set in secluded country houses, it’s still seen as a largely British and North American genre. Margery Allingham, GK Chesterton, Agatha Christie, Joseph Jefferson Farjeon, Dorothy L Sayers and Josephine Tey, as well as Americans who wrote in a similar style—Earl Derr Biggers, Ellery Queen, Erle Stanley Gardener, and others who slightly pre-dated the rise of the hard-boiled style. There’s a slight internationalism if you include the likes of George Simenon in France and New Zealander Ngaio Marsh. But little attention to anywhere else.

Now though, lovers of the Golden Age can read Japan’s major exponent of the genre in English, Seishi Yokomizo, who was a close contemporary of all the writers above being born in Kobe in 1902. Daniel Seton, of London’s Pushkin Vertigo Press, who have just published two newly translated Yokomizo classics, told CrimeReads: “Readers in Britain and the US love Golden-Age classics by authors such as Agatha Christie and John Dickson Carr, so we thought it was long overdue that they had a chance to enjoy Yokomizo’s ingenious mysteries too.” Now readers have The Honjin Murders (translated by Louise Heal Kawai) and The Inugami Curse (translated by Yumiko Yamazaki), both featuring scruffy amateur detective Kosuke Kindaichi.

In a sense it is a mystery in itself why Yokomizo has not previously been translated into English. The only answer can be that for far too long the Golden Age worlds of the locked-room murders, clever plotting and master detectives was simply seen as something that happened largely in Britain and occasionally in America. Yet the aforementioned titles are just two of 78 novels featuring the detective Kosuke Kindaich. Yokomizo also wrote many other novels between 1935 and his death in 1981, by which time he’d sold over 55 million books.

The Honjin Murders was first published in 1946 (though is set in the pre-war 1930s) and won the first ever Mystery Writers of Japan award in 1948. It is a consciously Golden Age novel written by a writer who, at the start of the book, cites the influence of Christie and other European Golden Age authors. Yet the book is decidedly Japanese in its world—it takes place in a snowed in and isolated honjin (a traditional type of inn where traveling nobility would stay in the Edo period, 1603-1868). It’s a locked room mystery, there is a police detective, Inspector Isokawa, as well as the disarmingly smart private sleuth Kosuke Kindaichi. The murders occur just before a traditional wedding ceremony and a koto, a traditional Japanese stringed musical instrument, is crucial to the plot. Other clues include Katana swords and whether or not someone really did commit seppuku ritual suicide. As Yokomizo commented when the book was initially serialized and reviewers likened it to the British Golden Age novels then being translated and widely read in Japan, “Behind the story, it’s always connected to Japanese history.”

For far too long the Golden Age worlds of the locked-room murders, clever plotting and master detectives was simply seen as something that happened largely in Britain and occasionally in America.

The Inugami Curse, Kosuke Kindaichi’s second outing, also follows a familiar Golden Age plot trajectory as a series of murders begin after a wealthy aged patriarch’s will is read to his family.

Yokomizo was not the only Japanese crime writer in the mid-twentieth century inspired by the Golden Age, and indeed his fame and success inspired a later generation too. Soji Shimada, born in 1940s Fukuyama, has written extensively in the Golden Age style in both his bestselling Detective Mitarai and Detective Yoshiki series. Like Yokomizo before him Shimada is keen to list, in his novels, those writers who have inspired him—notably Edgar Allen Poe, Christie and Arthur Conan Doyle especially.

But it’s also important to see Yokomizo as a writer within the broader Japanese early-twentieth-century literary tradition too, and not just those who sought to imitate western writing. As a young man Yokomizo was able to take advantage for the vogue in Japan for western novels and the large amount of writing, not just crime obviously, translated into Japanese. Yokomizo was also a close contemporary of Japanese writers in the Modernist, or as it was often called New Sensationalist school, of Japanese writing. These writers, such Ryunosuke Akutagawa, Riichi Yokomitsu, Yasunari Kawabata and Junichiro Tanizaki, actively sought out translations of European and American writing and consciously sought to mix both traditional Japanese writing styles and western styles in their work, as well as reinterpreting historical events and classical stories. They intentionally blended cultures, time periods and styles mixing east and west and bringing in modern sensibilities even when writing work set in the past.

That Yokomizo was influenced by these slightly earlier writers, particularly Akutagawa, is evidenced in his oft repeated use of competing and contrasting viewpoints of the same event—in Yokomizo’s case invariably a crime. Repeatedly using this literary style Yokomizo is following on from Akutagawa’s highly influential 1922 short story In a Grove (which was itself inspired by Akutagawa’s reading of the American writer Ambrose Bierce), which presents three varying accounts of the murder of a samurai. The story became far better known in both post-war Japan and the west with the success of the 1950 Akira Kurosawa movie Rashomon.

For Seishi Yokomizo the decision to write Golden Age style crime was a conscious one. Earlier, while still working in his family’s drugstore (he was a qualified pharmacist) he initially experimented with historical fiction (again inspired by the likes of Akutagawa) and then historically set fiction featuring learned magistrates solving crimes (a genre especially popular in China that had caught on in Japan too ). His career was placed on forced hiatus during World War Two due to paper shortages and publishing restrictions (as well as Yokimizo’s severe tuberculosis). A combination of illness and censorship meant he managed to get little more than some romance stories published until after 1945.

And so it was only after the war, indeed during the American Occupation of Japan, that Yokomizo decided to both write in a consciously Golden Age style, for serialization in literary magazines prior to book publication, and to set his novels in contemporary (or near contemporary) Japan. Seishi Yokomizo, for Japanese readers entered the canon of Golden Age writers they enjoyed and read compulsively in the tough post-war years. However, with no English translations he remained virtually unknown outside Japan. Until now.

Pushkin Vertigo in London is planning further Yokomizo titles to follow The Honjin Murders and The Inugami Curse. In Japan Yokomizo is still widely read and also remembered annually through the establishment, in 1980, of a literary prize—the Seishi Yokomizo award for an unpublished mystery novel, the winners of which receive a fairly substantial payment and a statuette of Yokomizo’s most enduring creation, Kosuke Kindaichi.

—The Inugami Curse and The Honjin Murders are now available for pre-order in the US from Pushkin Vertigo. 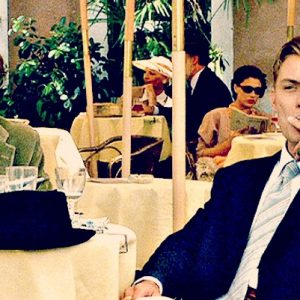 Treasure the friend who makes you look and feel better: the one who’s quick with a compliment; who picks up the check and your...
© LitHub
Back to top